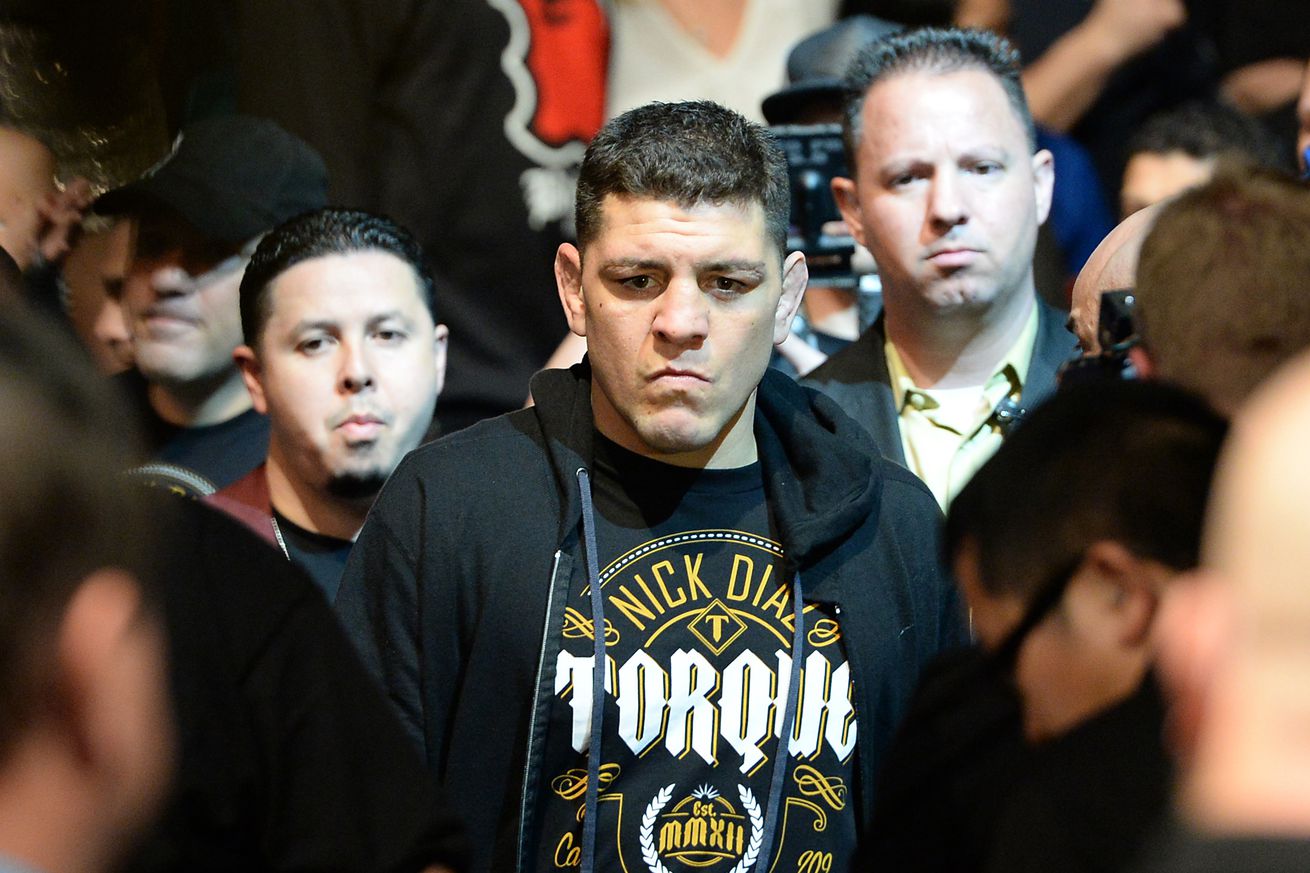 If Conor McGregor and Nate Diaz want to run back their recent game of water bottle toss, it will have to happen outside T-Mobile Arena in Las Vegas, Nevada. That’s because property officials probably want to ensure the safety of their other guests, as well as avoid potential lawsuits, banning members of their respective entourages from the building. The only exceptions are those individuals who have been licensed to corner the fighters during UFC 202, which takes this weekend (Sat., Aug. 20, 2016).

For the sake of clarity: T-Mobile Arena is a joint venture between MGM Resorts International and the Anschutz Entertainment Group. In other words, MGM has the authority — and the technology — to do as it pleases in regard to this situation.

Both Avila & Lobov confirmed that their respective entourages have been banned by the MGM. Only licensed corners allowed. UFC has confirmed.

Chris Avila — who is a Diaz protege — and Artem Levin — a McGregor disciple — were booked to battle for obvious reasons. Unfortunately, those two are now affected by this decision and neither one of them was seemingly involved in yesterday’s circus. Guilty by association, apparently.

To add insult to injury — at least in the case of Diaz — his older brother, Nick Diaz, will not be allowed in his corner. That’s because he apparently still owes Nevada State Athletic Commission (NSAC) $100,000 related to his most recent settlement agreement. Therefore, technically, he is still considered suspended even though his sentence was up earlier this month.

What a tangled web the Diaz brothers weave.