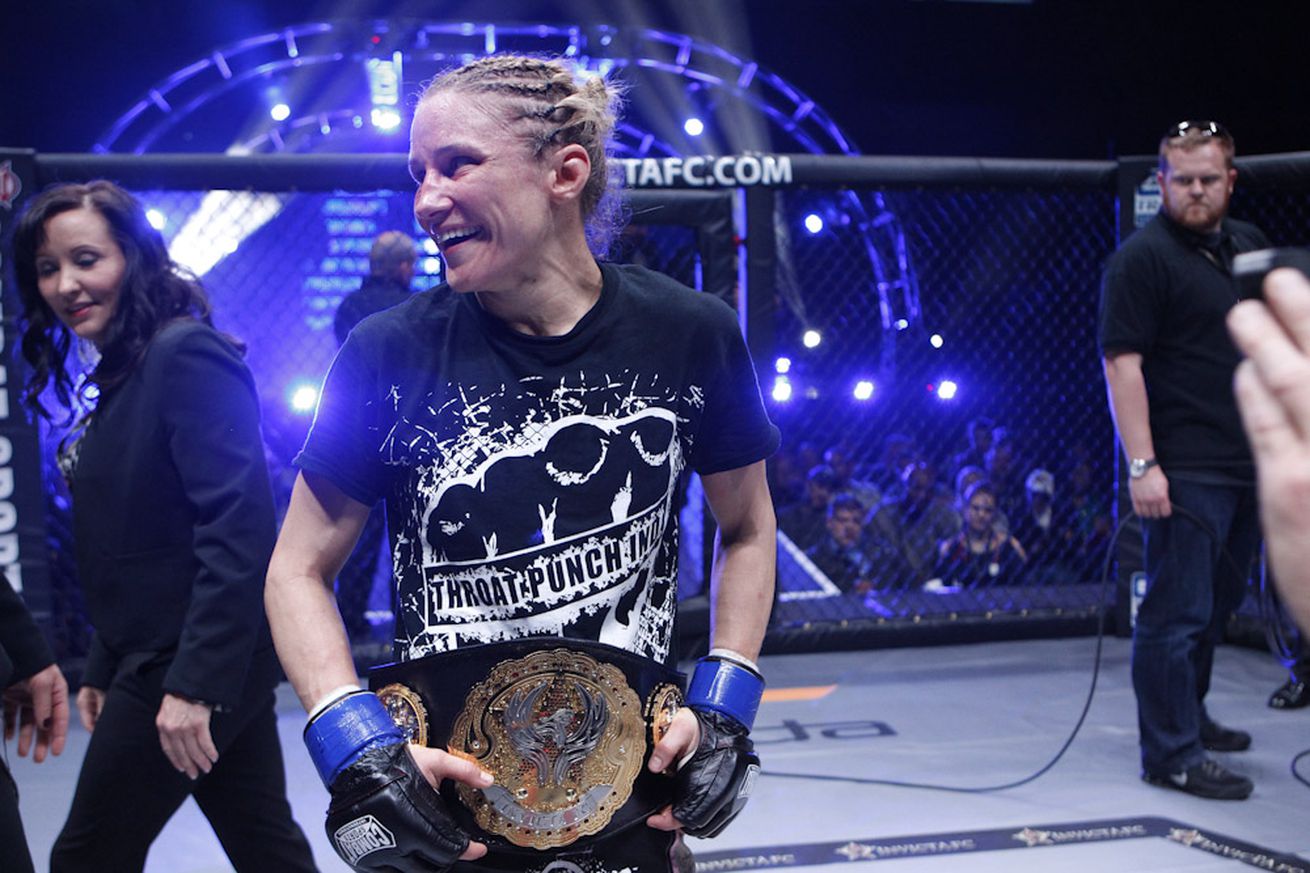 Barb Honchak was the Invicta FC flyweight champion Thursday morning. By later that night, the belt was gone. And she said she only found out about it on Twitter.

Invicta announced Thursday evening at the Invicta FC 19 weigh-ins that Honchak was no longer flyweight champion and that the card’s main event — interim champ Jennifer Maia vs. Roxanne Modafferi — would be for the undisputed title.

Honchak said no one from the promotion informed her that she would no longer be champion. She said she found out after an article was published on social media.

“I understand that Invicta would want to take the “interm” [sic] off the title since I have been out for an extended amount of time,” Honchak wrote Friday on Sqor. “But, I would have like [sic] the opportunity to relinquish and I would have like to have known by means other than Twitter.”

In an interview Friday with MMA Fighting, Invicta FC president Shannon Knapp said she thought Honchak knew she’d no longer be champ. Knapp said she had a conversation with Honchak’s manager Ed Soares in June and thought it was mutually clear that the Invicta flyweight division would be moving on without Honchak.

“I’m surprised that she’s surprised,” Knapp said. “I think the bottom line is there’s miscommunication. Where the miscommunications lie, I’m not 100 percent sure. … Per that conversation [with Soares], I was under the impression that this was what was happening next, that Barb and him were on the same page and that the belt needed to move on.

“We were all under the impression that she was totally aware this was happening.”

Honchak told MMA Fighting that if that was the understanding between Knapp and Soares, “I was left completely in the dark.”