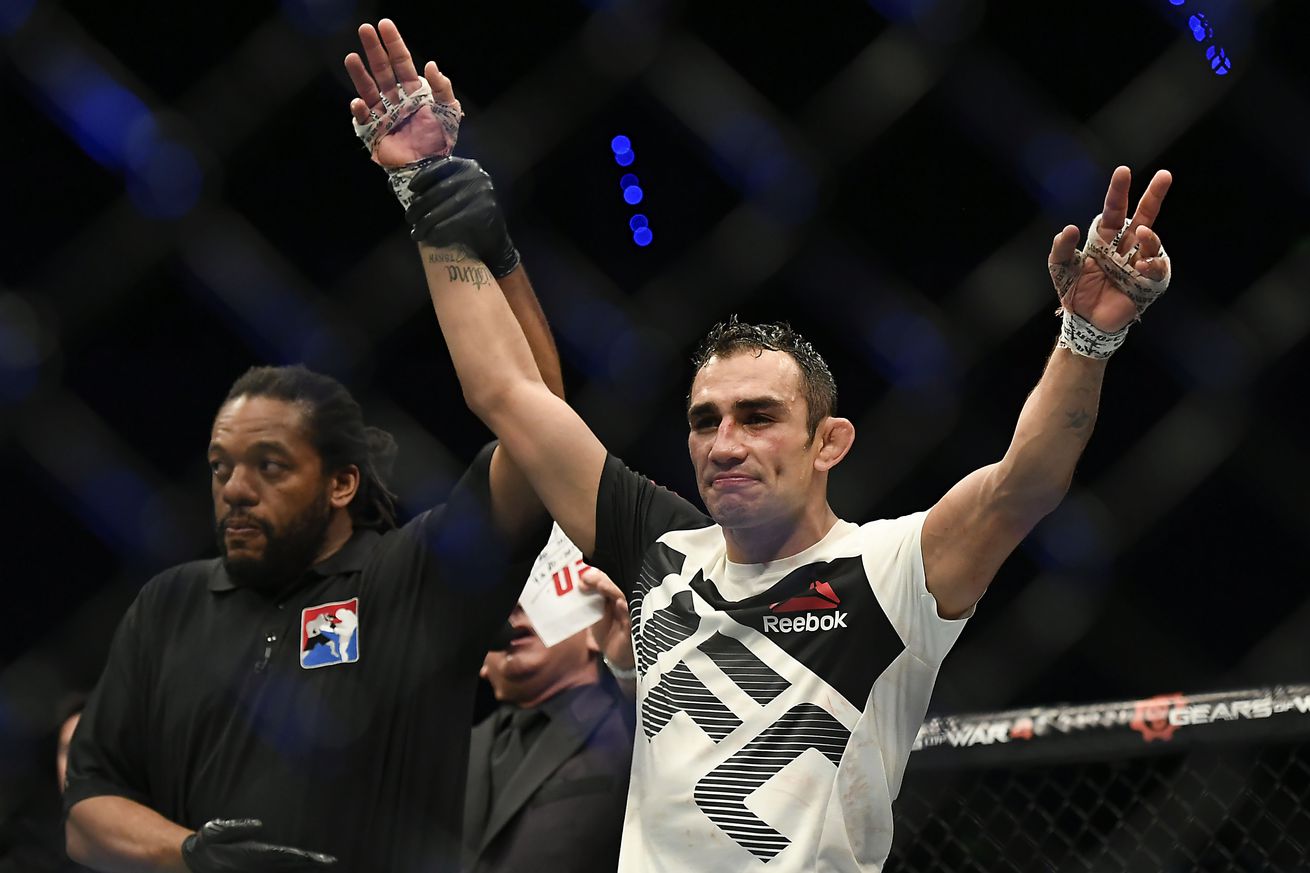 Top Ultimate Fighting Championship (UFC) lightweight contender Tony Ferguson is playing the waiting game. The only fighter ranked above him was unable to make weight for their latest bout, while the division champion is off chasing “Money” fights in another sport.

But that doesn’t mean he’s run out of people to fight.

“El Cucuy” won The Ultimate Fighter (TUF) 13 competing at 170 pounds and has no qualms about moving back up to welterweight for a crack at the division crown, currently held by Tyron Woodley.

From his conversation with ESPN’s 5ive Rounds (via MMA Fighting):

Remember when weight classes used to be a thing?

Woodley is already back in training campout has yet to reveal his next opponent. “The Chosen One” was expected to fight the returning Georges St-Pierre; however, “Rush” opted for a middleweight fight against division champion Michael Bisping.

Leading to speculation about this fantasy fight.

In the meantime, Ferguson will have no choice but to call out as many fighters as possible (like this guy) and hope for the best.