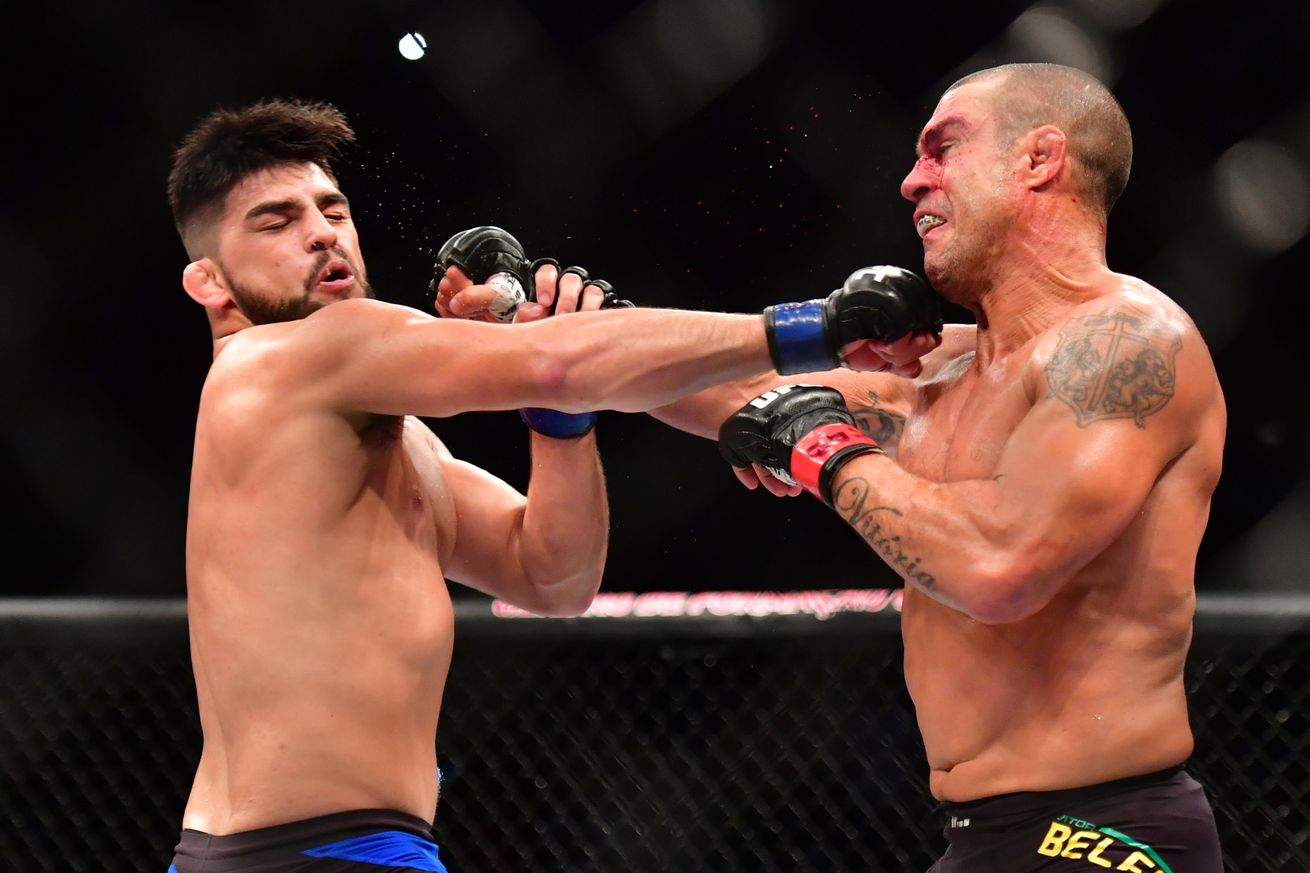 Even though Vitor Belfort has been a name fighter for two decades, Saturday’s show from Fortaleza, Brazil, anchored by his possible next-to-last career fight with Kelvin Gastelum, only did normal Fight Night numbers with 946,000 viewers.

The show featured longtime stars like Belfort and Mauricio “Shogun” Rua in the top two matches, as well as significant flyweight and lightweight contender fights. The show was likely hurt by going head-to-head with both NBA basketball on ABC and NCAA March Madness on CBS.

A first-round finish of the main event traditionally hurts the overall rating because the longer time a main event lasts, the more the audience will usually grow.

For a comparison, the previous Fight Night on FS 1, on Feb. 19, did 907,000 for a Derrick Lewis vs. Travis Browne main event, although that show went against the NBA All-Star game.

Usual Fight Night shows do between 850,000 and 1 million viewers, with shows featuring bigger names in the main event usually topping 1 million and lesser names falling below 850,000. The best number so far this year was for the Chan Sung Jung win over Dennis Bermudez, which did 1,158,000 viewers. The Yair Rodriguez vs. B.J. Penn-headlined show did 1,090,00 viewers.

Ratings for all television programming were delayed several days this week due to a power outage at Nielsen.

The prelims, with a Kevin Lee vs. Francisco Trinaldo fight as the top bout, averaged 830,000 viewers, which was a very good showing, especially considering the competition. The pre-game show did 440,000 viewers. Both of those numbers would crack the top 10 historically for FS 1 Fight Night shows.