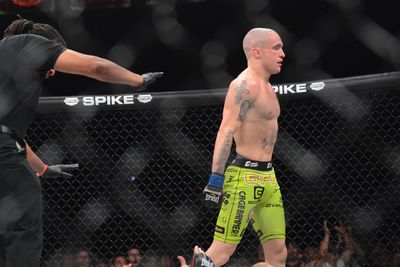 Bad news for Mike Richman fans — “The Marine” has been forced out of Bellator 135 with an injury.

You win some, you lose some … and some you don’t even get to fight. Unfortunately, this news falls into the third category.

Popular Bellator bantamweight Mike “The Marine” Richman — who was previously slotted for a contender eliminator match against former 135-pound champion Eduardo Dantas — will have to sit on the sidelines for Bellator 135, which takes place inside WinStar World Casino in Thackerville, Okla., on March 27, 2015.