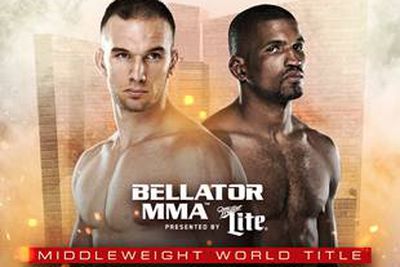 In addition, Bellator has assembled an intriguing line up of fights for Spike TV, which will see two Welterweight bouts that put Brennan Ward and Michael “Venom” Page in action, as well as an important Featherweight fight between Goiti Yamauchi and Isao Kobayashi.

Bellator 144 will start tonight on Spike TV at 9 p.m. ET. MMAmania.com will be here all night long to deliver LIVE results and play-by-play for the televised fights, along with the undercard “Prelims” undercard action airing on Spike.com starting at 6:30 p.m. ET.

Many readers check in before, during and after the fights to share their thoughts on all of the action. Feel free to leave a comment (or 144) about the bouts ….View original article