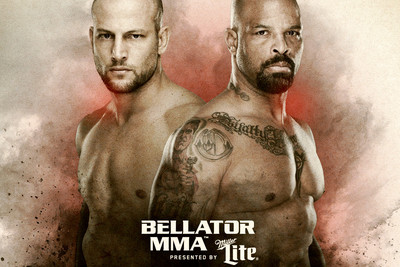 Recently, a new bout was added to the line up of fights on Spike TV that night — Light Heavyweight “Assassin” Houston Alexander (16-12-1, 2 NC) will take on Porto Alegre, Brazil, prospect Guilherme Viana (6-2).

Both men have something to prove in Oklahoma. Alexander faltered when he dropped a split decision to Virgil Zwicker at Bellator 132, while Viana came up short against Francis Carmont when both made their Bellator debuts.

As each man seeks to get back on track, they join a televised broadcast with key match ups in several weight classes, including Bubba Jenkins vs. Jordan Parsons at Featherweight and Brandon Girtz vs. Derek Campos at Lightweight.

Check out the finalized Bellator 146: “Kato vs. Manhoef” card: