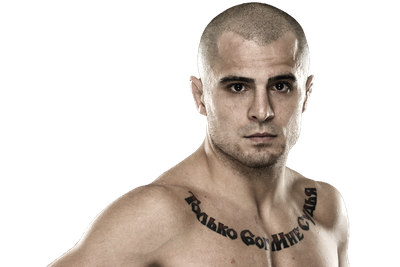 Second from the top of the marquee, a featured Featherweight fight will clear out contenders in the division by pitting two of its top stars against each other.

In an ironic twist, Georgi Karakhanyan was supposed to fight Patricio Freire for the Featherweight title in June (read more about that here), but this weekend he’ll fight the man who replaced him at “Kimbo vs. Shamrock,” Daniel Weichel.

“The Weasel” came within one second of winning the 145-pound title, but the bell — and the break between rounds — gave Freire enough time to recover and come back to knockout Weichel. If Karakhanyan earns his way back to title contention by defeating Weichel, he’ll have an entirely new title fight on his hands, as Freire lost the title to Daniel Straus at Bellator 145.