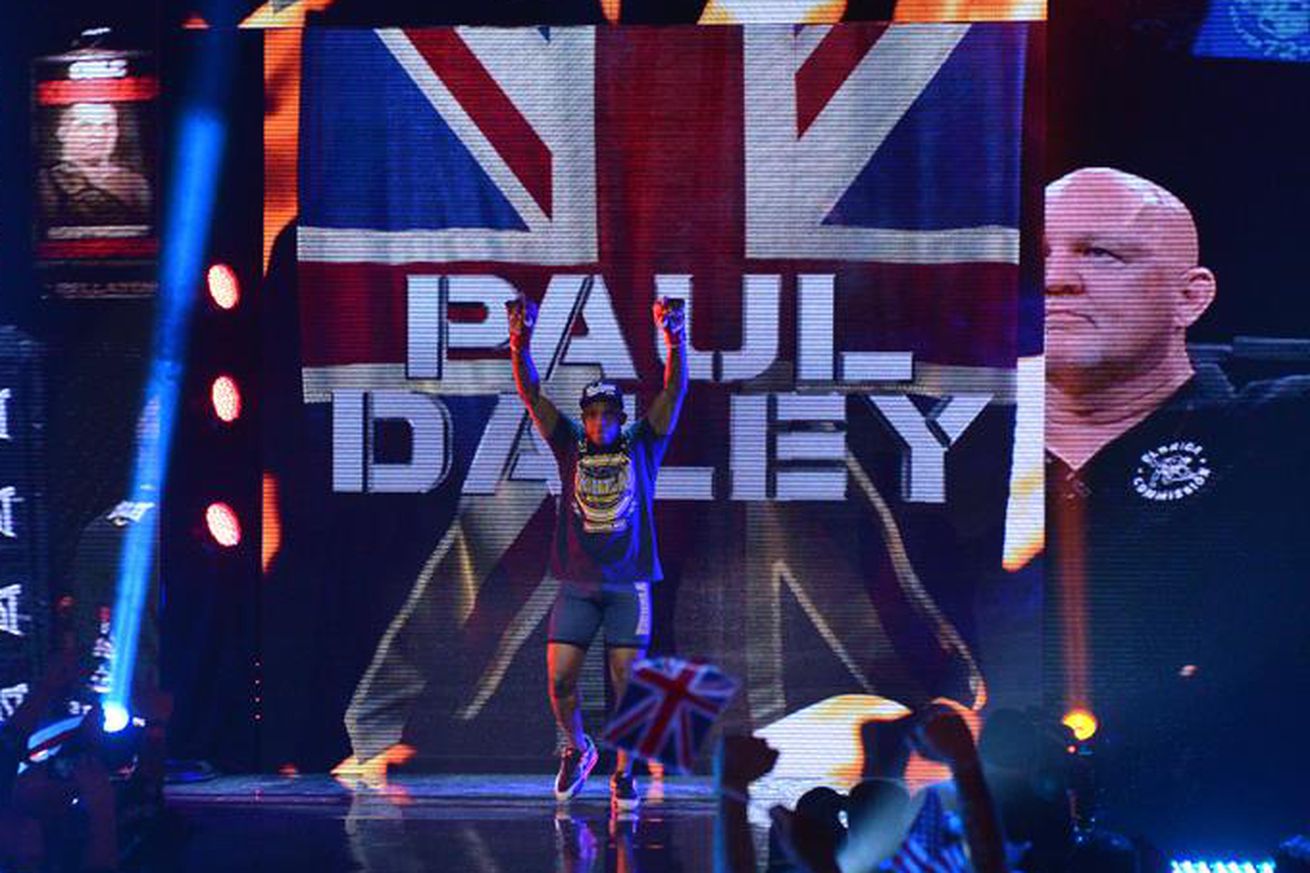 Paul Daley was nearly as savage with the microphone as he was with his right hand.

The British knockout artist finished Andy Uhrich with one uppercut at 2:00 of the first round Friday night in the main event of Bellator 148 in Fresno, Calif. Then, he took aim at Josh Koscheck, the hometown boy sitting cageside.

The two men have a long history, going back to Koscheck’s win over Daley in the UFC six years ago. Daley took a swing at the trash-talking Koscheck after the bell and was banished from the UFC immediately after.

Koscheck was supposed to fight in the main event of this card against Matt Secor, but pulled out due to an injury. Daley hammered his rival repeatedly leading up to the card because of that. And then he hammered the ill-equipped Uhrich with a lethal uppercut to put him out.

Daley addressed the Fresno crowd and asked them to look at what he did while Koscheck sat idly by “looking like a muppet” with his big head.

“He wouldn’t have been able to do what I did today,” Daley said. “You guys would be sleeping in your seats right now. But luckily the British boy came to the cage to entertain and knock people out like I always do.”

Daley (38-13) has now won three straight since coming to Bellator and five in a row overall. He should probably get the next welterweight title shot, but it’s more likely he’ll face Koscheck in a grudge match some time in the future. Maybe back in Fresno.

“I’m going to be 2-0 [against Daley],” Koscheck said into the camera Friday night.

In the co-main event, Paul Bradley put a stop to the Chris Honeycutt ….View full article