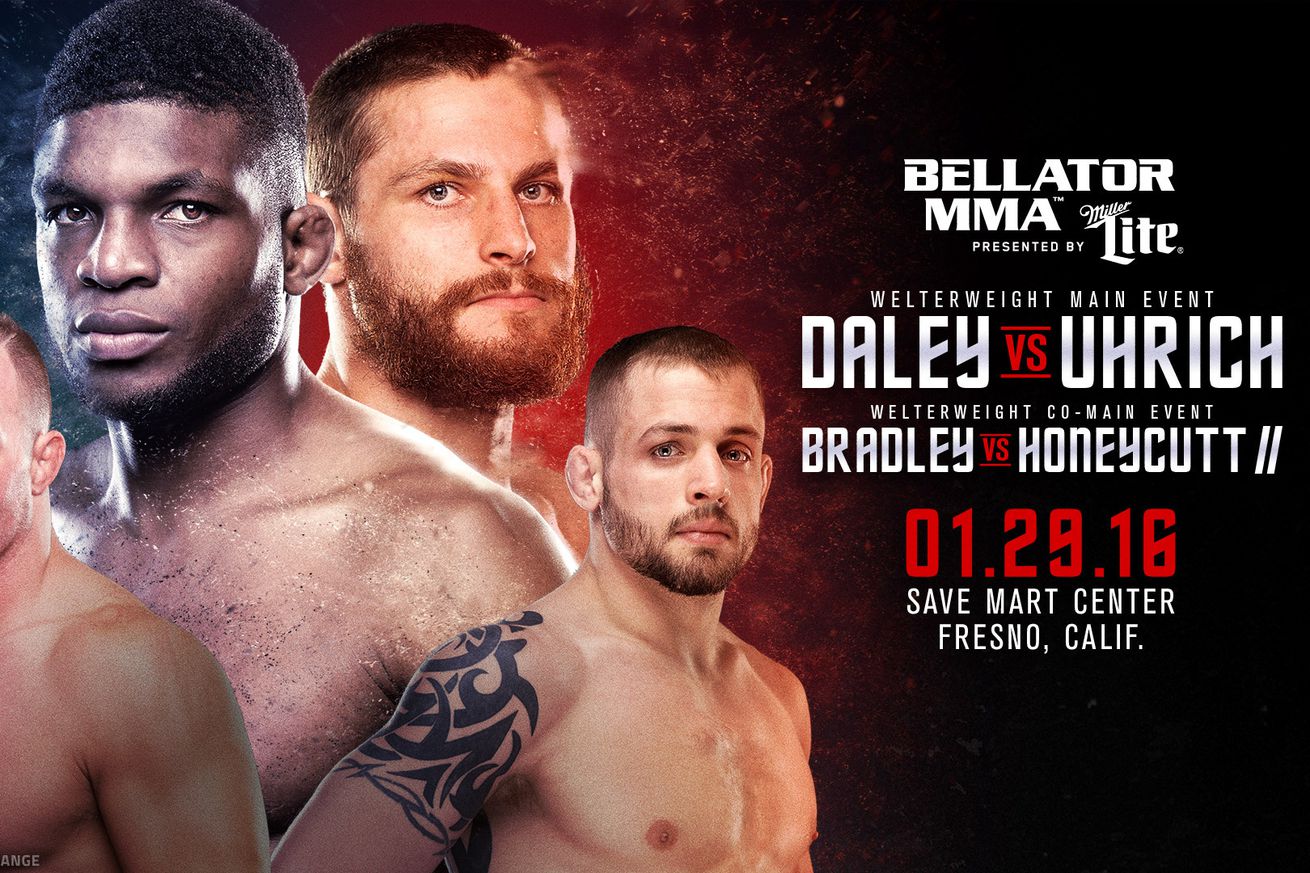 The main event of the evening was a Welterweight showcase for the hard-hitting combat sports veteran ‘Semtex’ Paul Daley and his up-and-coming opponent ‘Stunner’ Andy Uhrich – winner of three straight fights.

Who prevailed inside the confines of the Bellator cage? Find out below:

After a cautious opening minute with a failed clinch by Daley and equally futile takedown attempt by Uhrich, ‘Semtex’ settled into a groove and waited for an opening to land his devastating punches. When it did, one right hand dropped and stopped Uhrich at 2:00.

Zombie Prophet has this highlight of the bout.

Daley spoke to Jimmy Smith after the fight.

“KROTCHEK! KROTCHEK! KROTCHEK! Yeah yeah yeah yeah. Most definitely I did my part. First of all thanks to all the hometown fans coming out to see ME, cause your hometown boy sat right there on his big old {bleeped} looking like a muppet! He wouldn’t have been able to do what I did today. You guys would have been sleeping in your seats right now, but luckily the British boy came to the cage, entertained and knocked people out like I always do.”

Coming up behind them in the co-main event slot was another Welterweight bout, one meant to resolve an unfinished dispute. Chris Honeycutt and Paul Bradley met at Bellator 140, but a winner was never determined due to an accidental headbutt causing a doctor to wave the fight off. At long last it was finally time to determine a winner.

This one was a “blink and you’ll miss it” affair. ….View full article