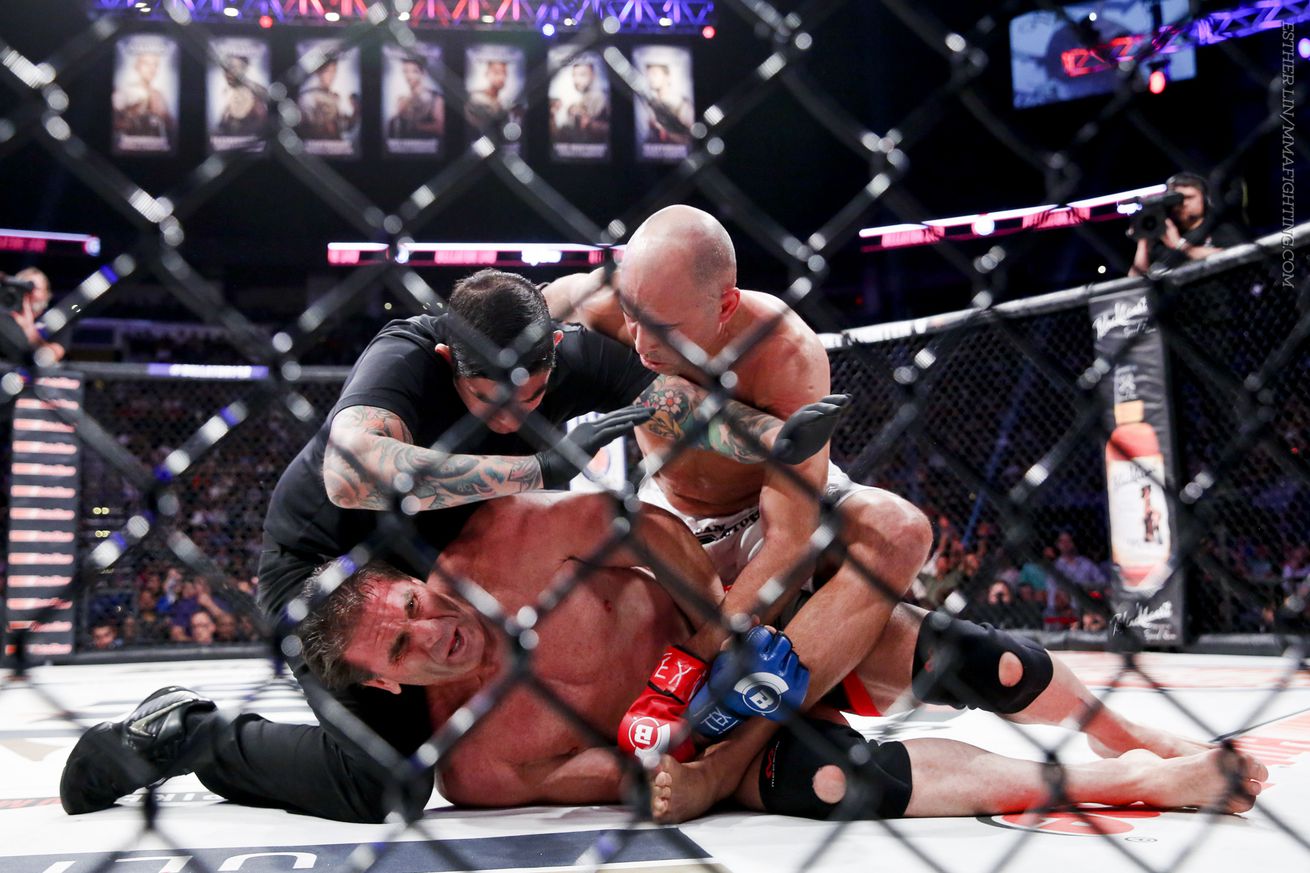 The chasm between what the public wants to see, and what makes for great fights, may have never been larger as Friday night’s Bellator show featuring Royce Gracie, Ken Shamrock and Kimbo Slice drew an average of 1,964,000 viewers over the three hours, beating the company’s all-time record by 24 percent.

The prior record was set on June 19, by the Shamrock vs. Slice match, which averaged 1,580,000 viewers, peaking with 2.3 million viewers live for the main event.

No match-by-match breakdowns are available at this time for the show from the Toyota Center in Houston. More ratings information should be out on Tuesday and Wednesday.

The show beat everything on cable on Friday with the exception of Gold Rush on the Discovery Channel and some programming on Fox News. It was about triple the usual Bellator Friday night audience.

Spike also had a big fight surrounding the fights, as a 90-minute feature show “Kimbo Slice: The Truth,” did 867,000 viewers, and after the show ended, a 30-minute “Unrivalled: Benson Henderson” special did 818,000 viewers starting just after midnight.

With the exception of the Gold Rush, which beat Bellator, and two NBA games which finished significantly lower, no other show on cable did even half the 1.30 rating in the Male 18-49 demo, with the largest audiences being men between the ages of 35 and 49.

Friday’s show was the third-most watched MMA program on cable television in nearly five years. The two shows that beat it were the Conor McGregor vs. Dennis Siver headlined Jan. 18, 2015, UFC show on FS 1, which did 2,750,000 viewers on average, and the Jan. 17 show headlined by TJ Dillashaw vs. Dominick Cruz for the bantamweight title, which did 2,288,000 viewers, Aside from those shows, the last show that topped ….View full article