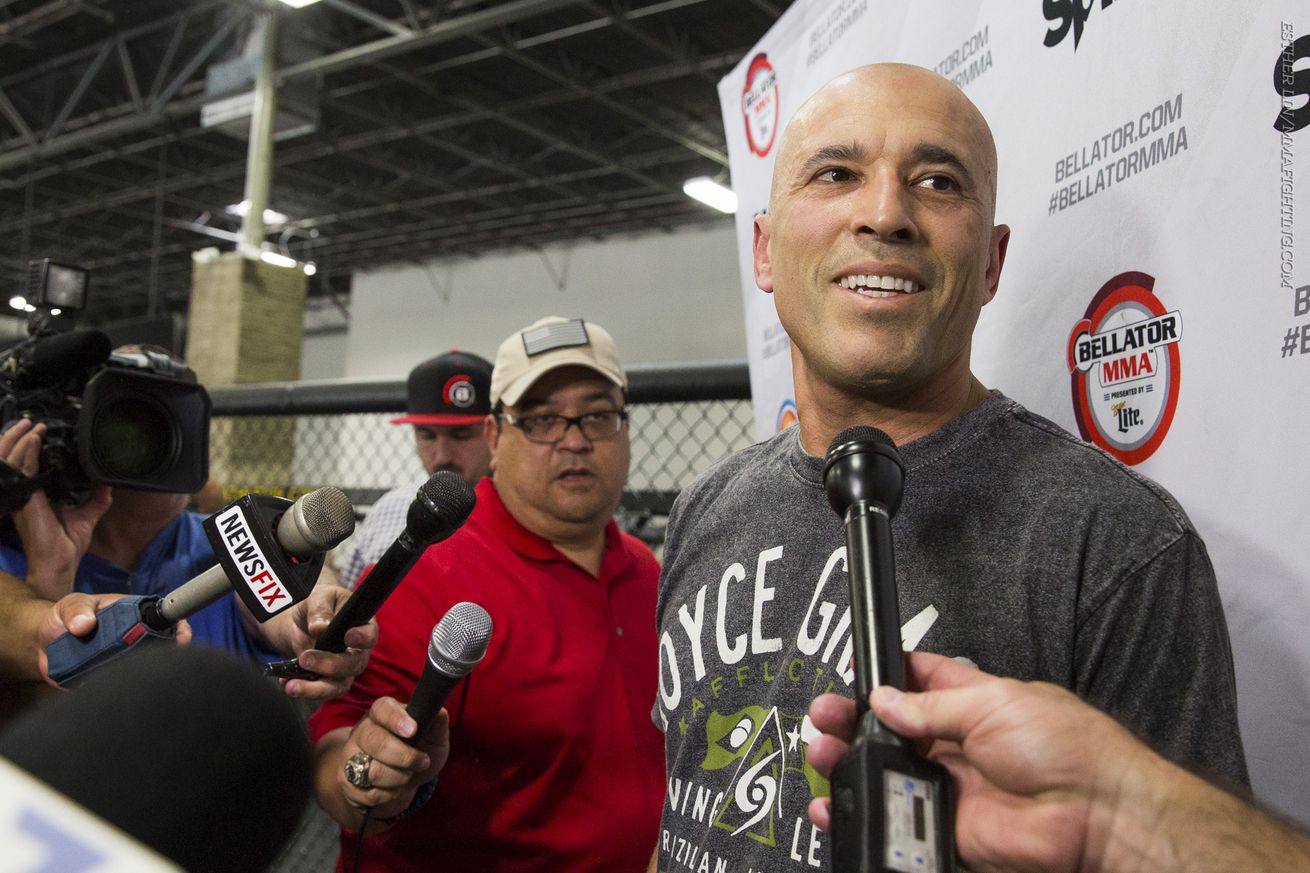 Ken Shamrock waited two decades to get another fight with Royce Gracie.

Friday night, Gracie welcomed him back to the Octagon with a move straight out of the era when mixed martial arts was called no holds barred fighting.

Gracie landed a knee to the groin early in their Bellator 149 main event at Houston’s Toyota Center. When the low blow wasn’t called by the referee, Gracie followed up with a big knee to the head, followed by a series of punches to the downed Shamrock.

While Shamrock vigorously protested the finish, Gracie hardly seemed apologetic for the way it went down.

“I’m a fighter,” said Gracie. “We come from the beginning, no gloves, no rules, no time limits.”

It was a frustrating experience for the 52-year-old Shamrock, who lost via submission to Gracie in under a minute at UFC 1, then fought to a 36-minute draw with Gracie at UFC 5, in what is still the longest fight in UFC history.

“I’m disappointed, said Shamrock, who was the first holder of the UFC Superfight title, the forerunner of the current UFC heavyweight championship. “I came here to fight and I was ready to go, just disappointed. I don’t know what else to ay, I got upset, I was wrong to get upset because it wasn’t Royce’s fault.”

Shamrock is 0-2 since making his comeback in Bellator. Last year. He’s 2-9 in his past 11 fights.