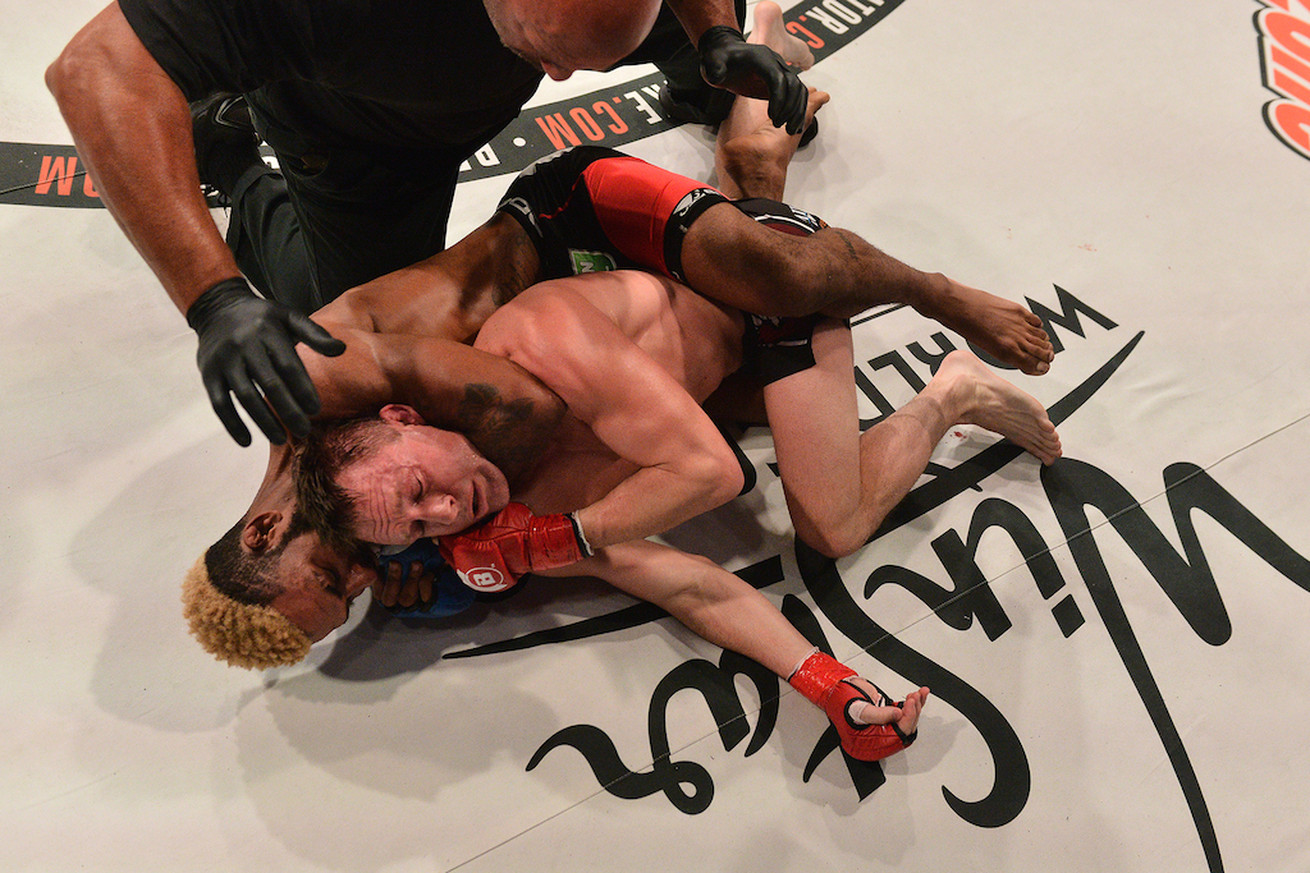 Darrion Caldwell wanted to make a statement Friday at Bellator 151, and boy, he did exactly that. The former NCAA champion put on a flawless performance against the toughest test of his career, manhandling Joe Warren before choking the former Bellator two-division beltholder out cold with an early rear-naked choke. Afterward, Caldwell turned his attention toward Bellator bantamweight champion Marcos Galvao.

“You’re a pu**y!” Caldwell shouted to Galvao, who last week withdrew from his Bellator 150 title defense a day before the event due to illness.

Caldwell (9-0) has long been discussed as the future of Bellator’s bantamweight division, and on Friday he showed why. The 28-year-old was an overwhelming physical force from the opening bell, landing takedowns at will, then slamming Warren to the mat with a massive suplex. From there the rest was a formality; Caldwell lunged onto Warren’s back and locked up the fight-ending choke, coaxing Warren to sleep before referee Dan Miragliotta could realize the fight had ended.

Caldwell’s latest win pushes him to 6-0 inside the Bellator cage, and with four first-round submissions to his credit, he could be up next for the winner of Galvao vs. Eduardo Dantas.

In the night’s co-main event, welterweight veteran Fernando Gonzalez (25-13) made the best of a bad situation, edging a split decision over former TUF 17 contestant Gilbert Smith (12-5) after losing out on the opportunity to fight Michael Page, who withdrew from the card due to undisclosed reasons.

From the outset it was clear that Smith planned to take the fight to the ground, and Gonzalez made him work for it, stuffing countless shots and cracking Smith with hard counters off his entries. Smith had his best round in the second, when he trapped Gonzalez against the fence and pounded away with ….View full article