Home MMA News Bellator 152 headliner Patricky Freire to Kevin Souza: ‘I can end a fight with one punch’
ShareTweet 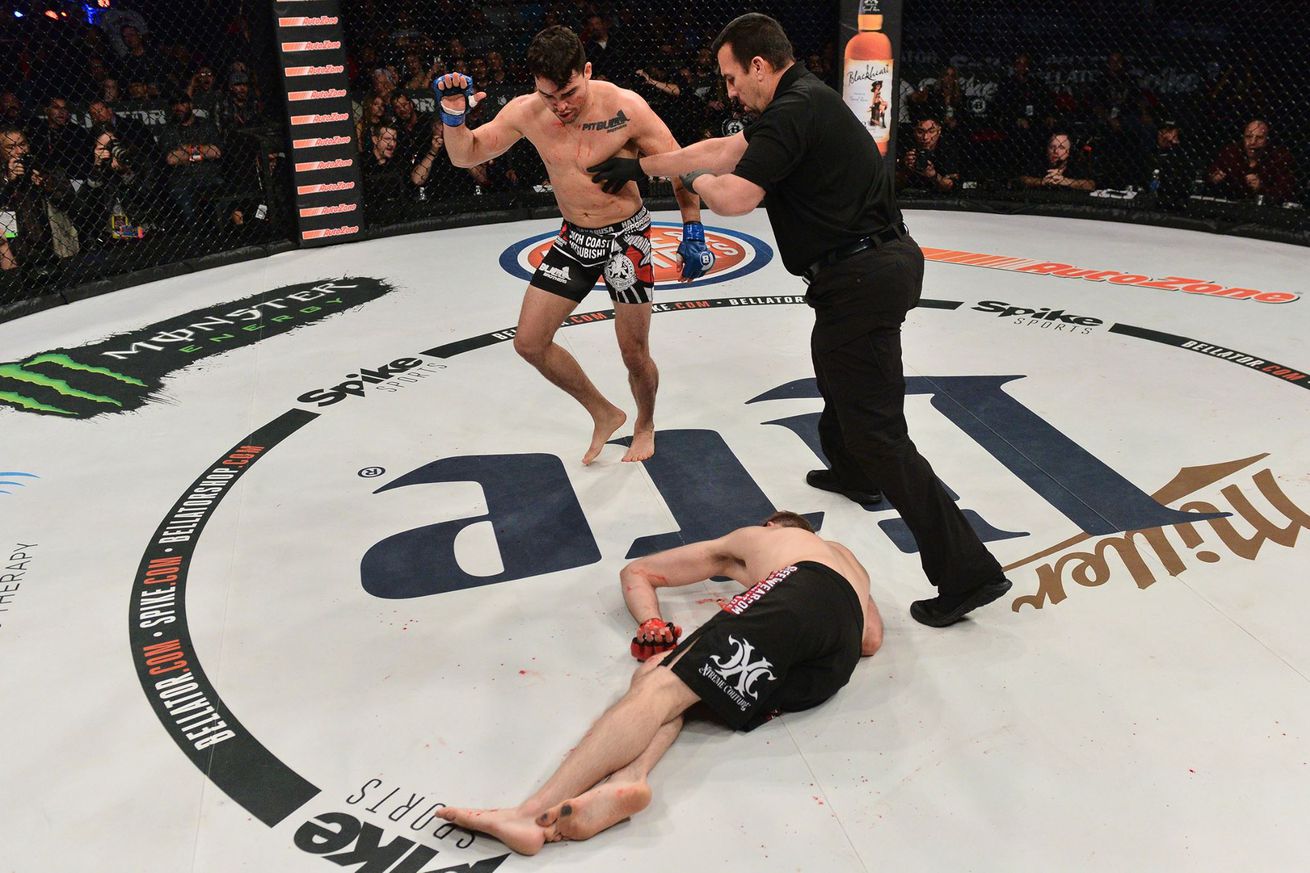 Patricky Freire got a new opponent for Saturday’s Bellator 152 main event, but his focus remains the same. Fresh off a devastating first-round finish over Ryan Couture in January, “Pitbull” faces Kevin Souza in Torino, Italy, and sees only one difference between the UFC veteran and his previous opponent, Derek Campos.

“The only difference now is that Kevin is tall for the division,” Freire told MMA Fighting. “He has a reach that’s similar to some welterweights or even middleweights. That’s the only difference. He likes to box, and that’s the same school I come from. The guys that trained me already trained him in the past.

Souza cut down from 155 pounds to featherweight years ago, and impressed with wins under the Jungle Fight and UFC banners. The Blackzilians fighter will return to the lightweight division for a short-notice clash with Freire, who vows to finish him.

“Everybody knows that the lightweight division is different,” Freire said. “We are faster, more explosive, and with better cardio. I’m fighting in this division since I signed with Bellator and 2011, and he will feel the difference.

“Everybody in my division knows that I can end a fight with one punch or a submission, since I’m a jiu-jitsu black belt. I feel like I owe fans a submission, too. I haven’t submitted anyone in Bellator yet.”