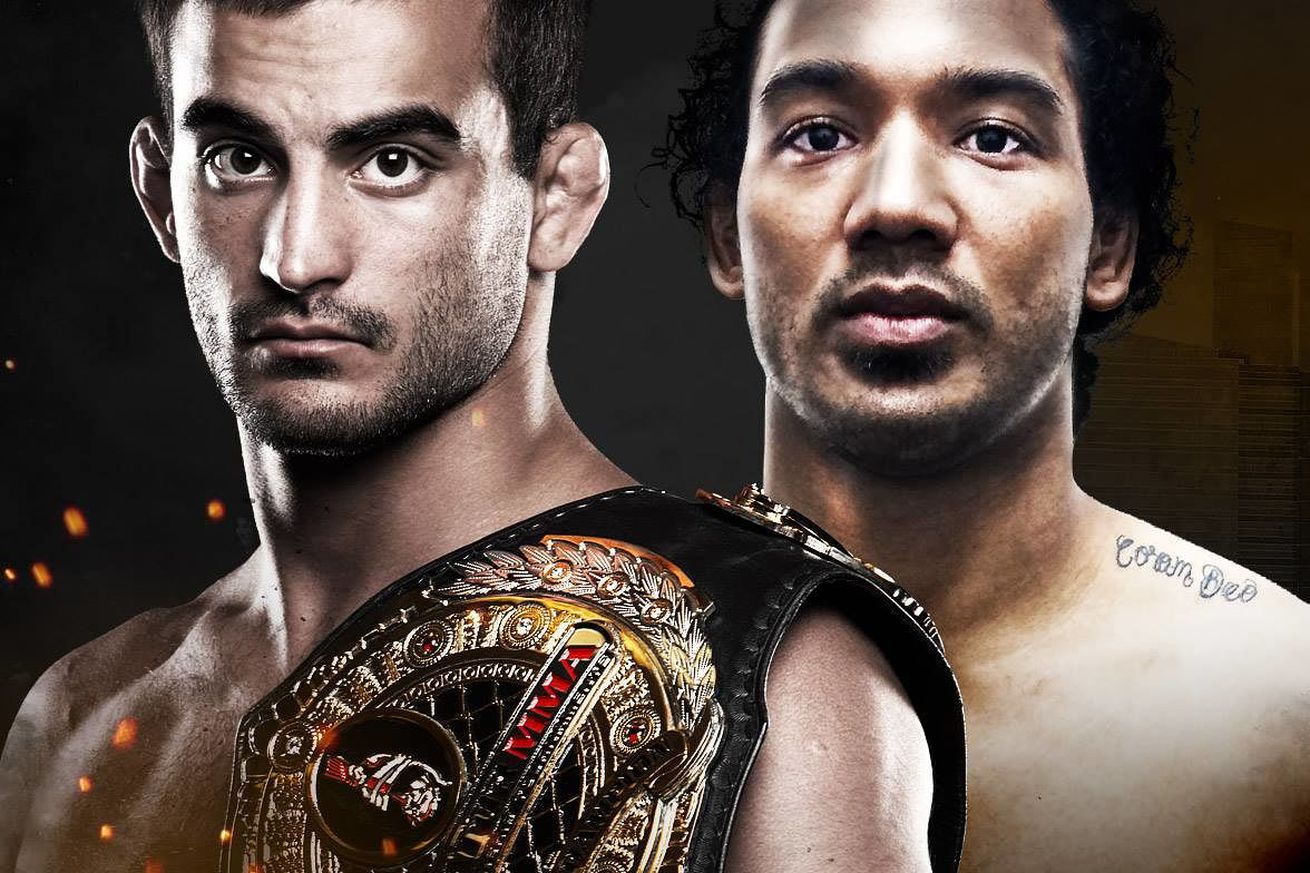 Bellator 153: “Koreshkov vs. Henderson” comes to Mohegan Sun Arena in Uncasville, Conn., tomorrow night (Fri., April 22, 2016), airing live on Spike TV with a five-fight main card that starts at 9 p.m. ET. The featured fight of the night marks the first-ever Welterweight title defense for Andrey Koreshkov, who won the title in this same venue in July 2015.

Bellator 153 is a Welterweight division showcase, with six different fighters from the class up and down the scheduled Spike TV broadcast, including the streaking “Irish” Brennan Ward and flashy striker Michael “Venom” Page.

The only blemish on Andrey Koreshkov’s record to date was a fourth round technical knockout loss to then-champion Ben Askren at Bellator 97. It was Askren’s last fight for the promotion before he was released and the title was vacated. Almost two years later, Koreshkov found redemption at the expense of Douglas Lima at Bellator 140, out-wrestling the Brazilian for five full rounds to score a unanimous decision and finally earn the 170-pound Bellator bout. That decision was actually a rarity for Koreshkov, who finishes 72 percent of his wins (10 by knockout and three by submission).

Indeed, “Spartan” is a fearsome foe.

Benson Henderson, obviously, cannot be overlooked. The veteran fighter has been taking heads and titles dating back to 2006, becoming a Lightweight champion in both WEC and UFC over the years. With only two knockouts in his career, power striking doesn’t seem to be his forte, but “Smooth” is adept at submissions (43 percent of his wins) and even better at edging out decisions (48 ….View full article