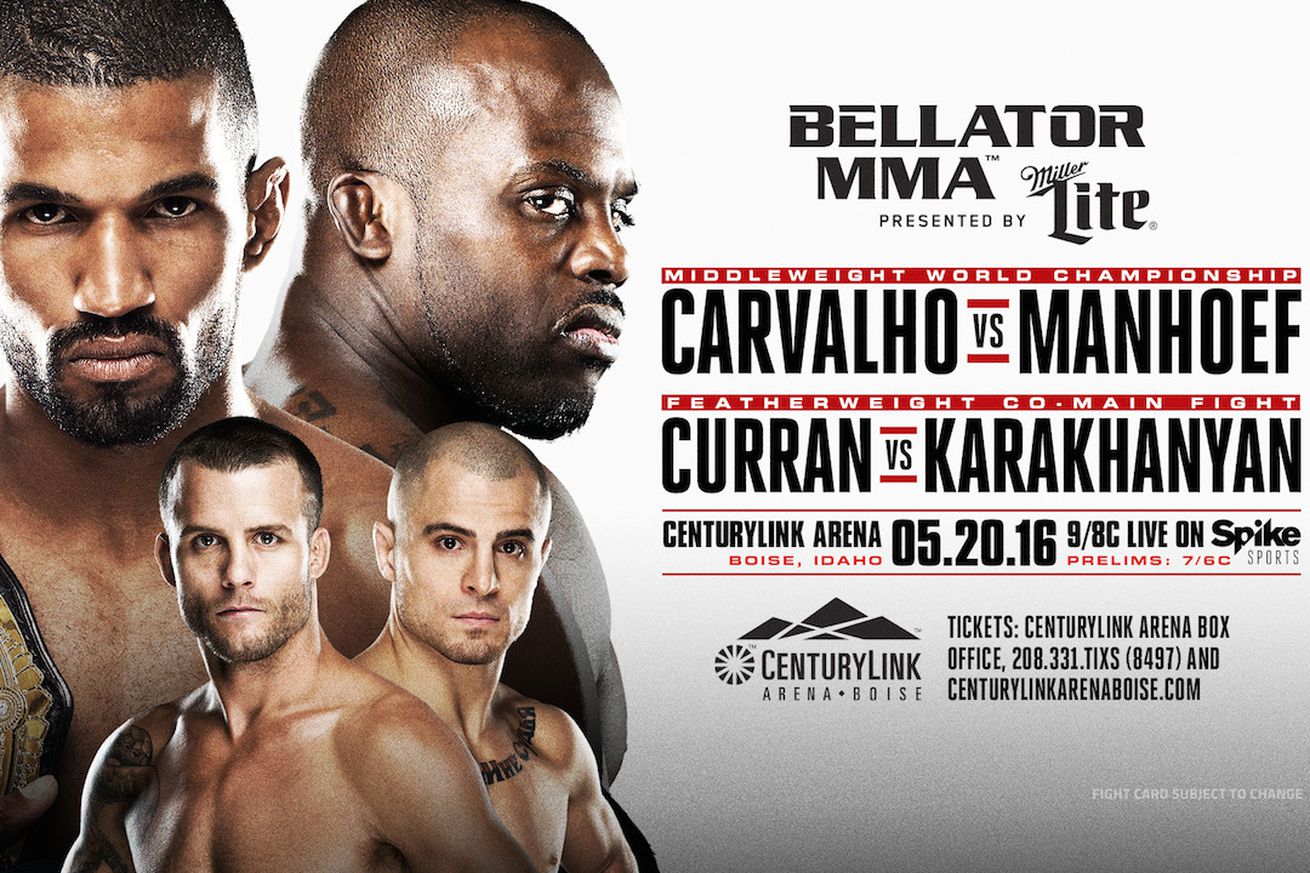 Bellator 155: “Carvalho vs. Manhoef” comes to CenturyLink Arena in Boise, Idaho, this Friday night (May 20, 2016), airing live on Spike TV with a five-fight main card that starts at 9 p.m. ET. The main event is the first-ever Middleweight title defense for Rafael Carvalho against hard-hitting combat sports veteran Melvin Manhoef.

Manhoef became the No. 1 contender at Middleweight with a sterling first round knockout of Hisaki Kato at Bellator 146 in Nov. 2015. Just one month earlier, Carvalho finished off Brandon Halsey via liver kick to capture the vacant 185-pound title. Also featured in Boise this Friday — Pat Curran and Georgi Karakhanyan clash at Featherweight, Marloes Coenen faces Alexis Dufresne, and two Heavyweight fights pit Dan Charles vs. Augusto Sakai and Joey Beltran vs. Chase Gormley.

“We’re ecstatic to be in Boise fighting at the CenturyLink Arena. I think this is a fight town that’s been hungry for a big MMA promotion and we’re proud to have Bellator be the first to do it. We’ve got a great middleweight world title fight between Carvalho and Manhoef. Carvalho is coming off a big win with a KO over Brandon Halsey and Manhoef over Kato. Undoubtedly this fight is going to have fireworks — both of these fighters bring it. Our co-main event features two solid mainstays in our deep featherweight division between former champion Pat Curran and Georgi K. This fight ….View full article