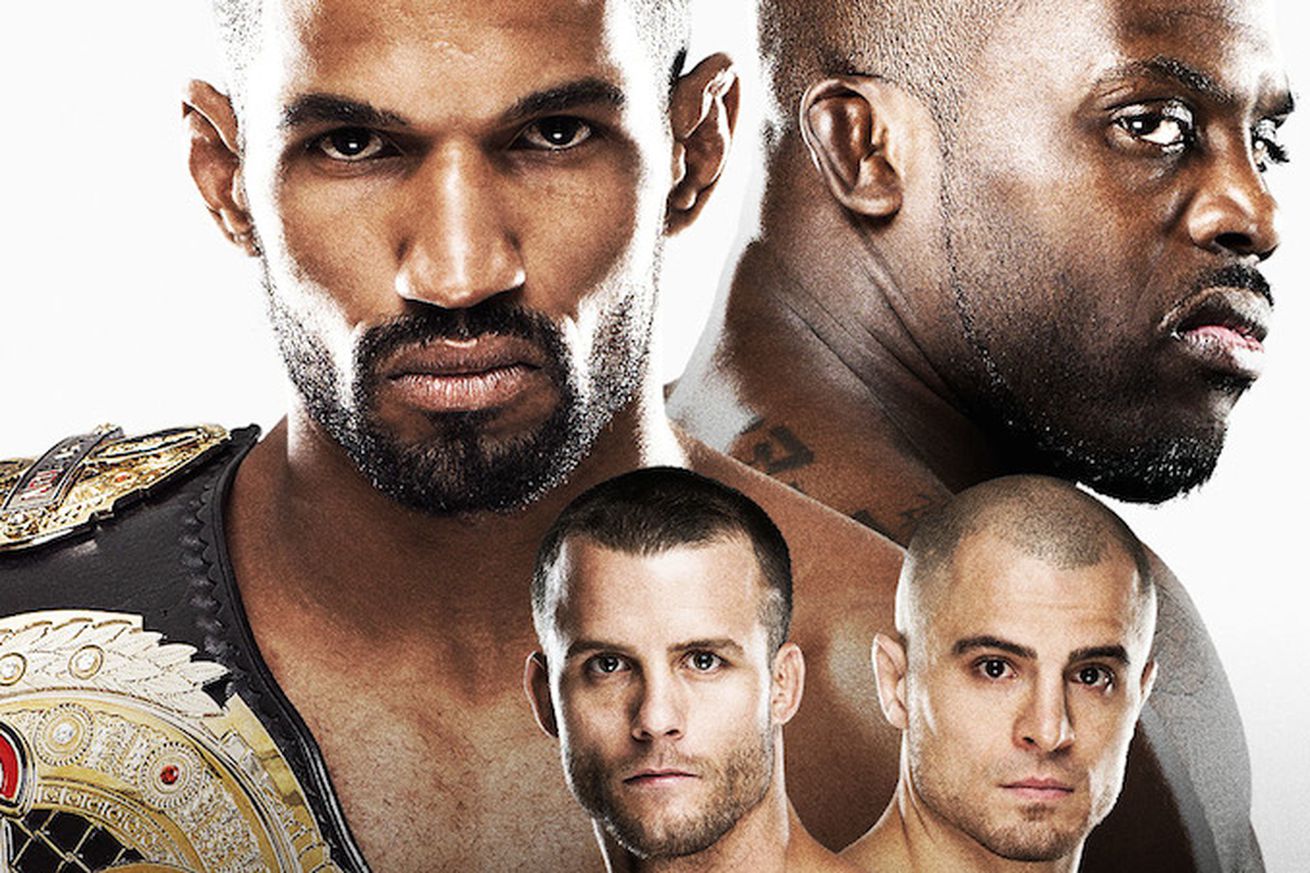 Bellator 155 ‘Carvalho vs Manhoef’ took place May 20, 2016 at CenturyLink Arena in Boise, Idaho. MMA Mania brings you a post-fight recap, .gifs and interview highlights as Rafael Carvalho put the Middleweight title on the line against famous Dutch striker Melvin Manhoef.

Bellator 155 “Carvalho vs. Manhoef” took place May 20, 2016 at CenturyLink Arena in Boise, Idaho. The show was headlined by a Middleweight title defense pitting Rafael Carvalho against Melvin Manhoef.

Carvalho won the vacant title at Bellator 144 last October in Uncasville, Connecticut, with a second round liver kick that shut down “Bull” Brandon Halsey. Melvin “No Mercy” Manhoef hoped to stun Carvalho in similar fashion after knocking out Hisaki Kato at Bellator 146 to earn his title shot.

Was Carvalho successful in his first title defense or did Dutch MMA and kickboxing legend Manhoef win another title in the same month he turned 40 years old?

Let’s not mince words — this may have been one of the worst title fights in Bellator MMA history. The entire first round could have been scored 10-10. Neither man lifted a finger. In the second round Carvalho landed a low blow, refused to break when McCarthy stepped in, and landed an elbow to Manhoef’s head. This drew an F-bomb from “Big” John that was censored on live TV.

The third round featured multiple warnings to Carvalho for fingers to the eye but no points were deducted. The crowd loudly and repeatedly expressed their displeasure at the lack of action from both men. At 40 years old, Manhoef was the more active fighter — but not by that much. At the end of the fourth round both men walked back to their corners before the bell, ignoring that they had a few seconds left to fight.