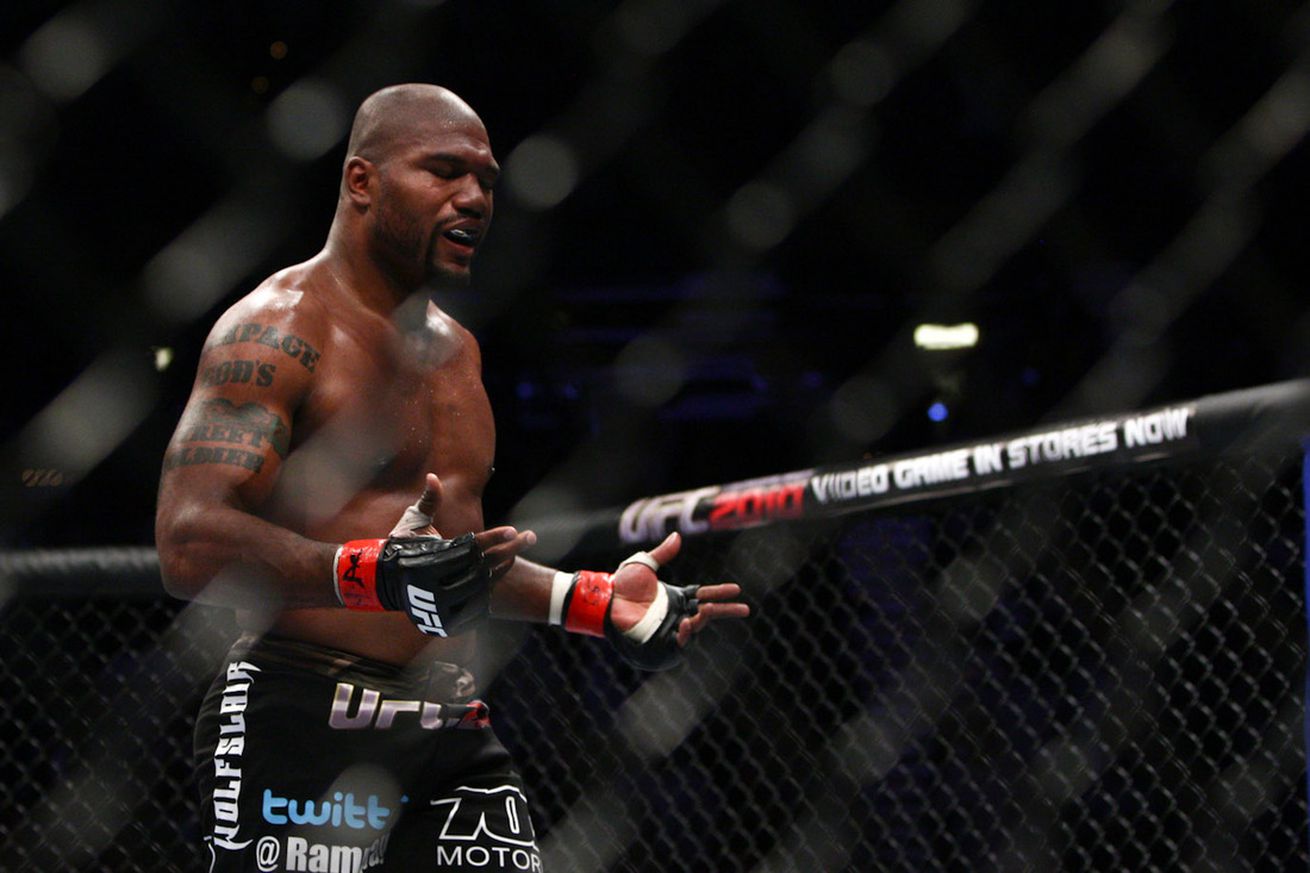 If nothing else, Quinton “Rampage” Jackson gave an honest assessment of his performance after Bellator 157.

Fighting for the first time in 14 months, Jackson eked out a lackluster split decision over Satoshi Ishii in the main event at St. Louis’ Scottrade Center, winning the catchweight 225-pound bout on scores of 29-28, 28-29, and an odd 30-27.

And the former UFC light heavyweight champ admitted his fifth win in a row wasn’t his greatest performance.

The 29-year-old Ishii (14-6-1), a 2008 Olympic judo gold medalist for Japan, put his judo skills to good use in the opening round, as he repeatedly used inside trips to get Jackson to the mat and ultimately keep him there.

By the middle of a close second round, though, Jackson adjusted and did better work in the clinch, landing uppercuts and better sprawling Ishii’s takedown attempts.

The third round was the clearest in favor of “Rampage,” as he kept things standing and landed punches whenever he felt like it. He didn’t come close to finishing the fight, but it was enough to get the decision.

“Ishii just, he’s a gold medalist in judo, and he judoed me,” said Jackson. “I had to adjust and make some changes as the fight went on.”

The bout was Jackson’s first in Bellator since May, 2014, when he decisioned King Mo Lawal. In the interim, he got into a contract dispute with former Bellator CEO Bjorn Rebney, and competed at UFC 186, where he defeated Fabio Maldonado, before settling his Bellator case and returning.

“I’m going to take a quick vacation,” Jackson said. “Then I’m going to come back strong and keep kicking ass.”