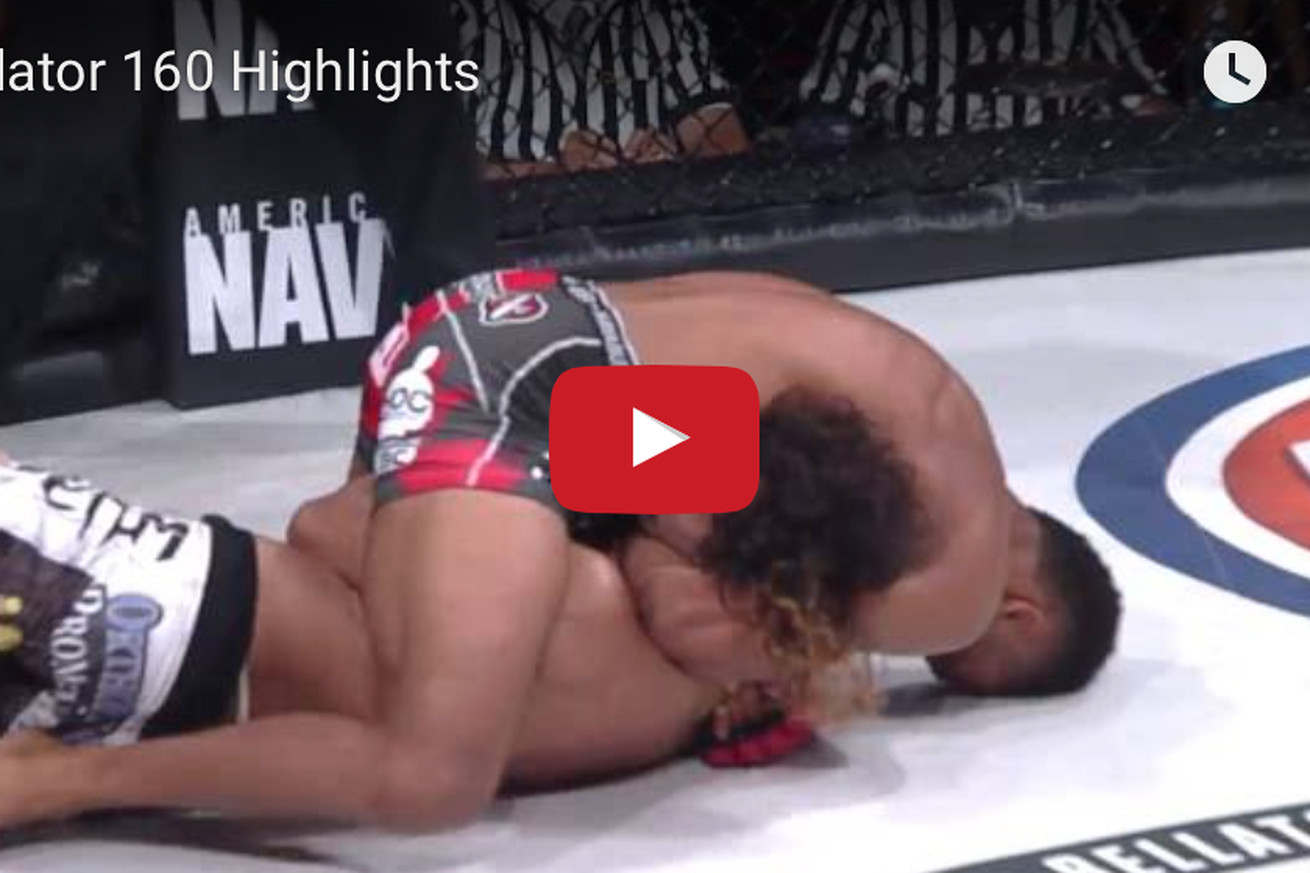 While former Ultimate Fighting Championship (UFC) standout Benson Henderson captured his first Bellator MMA victory last Friday night (Aug. 26, 2016) at Bellator 160 live from Honda Center in Anaheim, California, he did so on the end of a Patricio Freire leg injury.

After an exchange along the cage early into Round 2 of the Bellator 160 main event, Freire opted to hold his hand up, relinquish his right to compete and started to walk to his corner with an apparent leg injury. Henderson reacted quickly and fortunately didn’t throw any strikes the Brazilian’s way, as he captured the second-round TKO victory. While nothing can be pinpointed, Freire’s injury may have came from a few kicks that Henderson checked in the first round.

The unsuspected stoppage can be seen above, courtesy of Bellator MMA:

With this win, Henderson moves into position to challenge current Bellator Lightweight champion Michael Chandler at Bellator 163 on Nov. 19 from SAP Center in San Jose, California. A Welterweight matchup between Michael Page and Fernando Gonzalez will also take place.