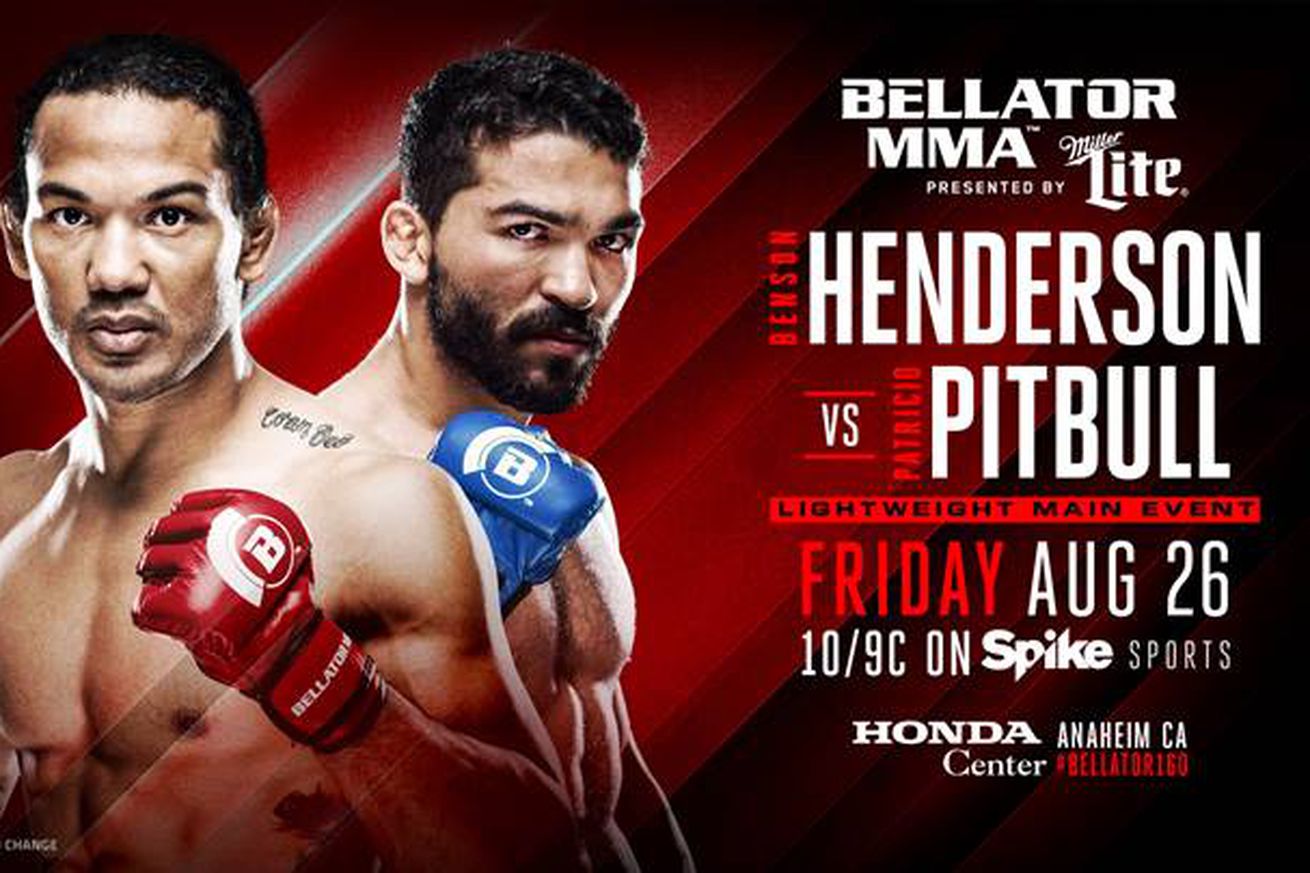 The four-fight Spike TV broadcast also features a second Lightweight fight with two men hoping to move closer to contention, and an undefeated prospect at Featherweight in his biggest showcase fight to date.

Let’s break it down:

“Smooth” Benson Henderson didn’t look too smooth against Andrey Koreshkov in his Bellator debut. He was a favorite coming in given his reputation as the former UFC and WEC Lightweight champion, and had won two UFC fights at Welterweight before changing promotions, but the Bellator Welterweight champion’s size and strength proved to be too much for Henderson to overcome. The obvious question after his loss was whether or not he’d return to Lightweight.

Bellator came up with a compelling scenario for him to move down to 155 by having former Featherweight champion Patricio “Pitbull” Freire move UP from 145. Freire was already returning to contention at 145 with a win over Henry Corrales, but instead of working his way back to a fourth fight with Daniel Straus he’s taking on a new challenge in an equally competitive weight class. If he beats Henderson he’ll have a chance to avenge his brother Patricky.

How realistic is that possibility though? Freire has the striking advantage with 10 knockouts to just two for Henderson, and none of his three losses have come the same way, which means in a gunfight “Pitbull” can give more than he receives. On the flip side few fighters in recent history have a better record than Henderson when it ….View full article