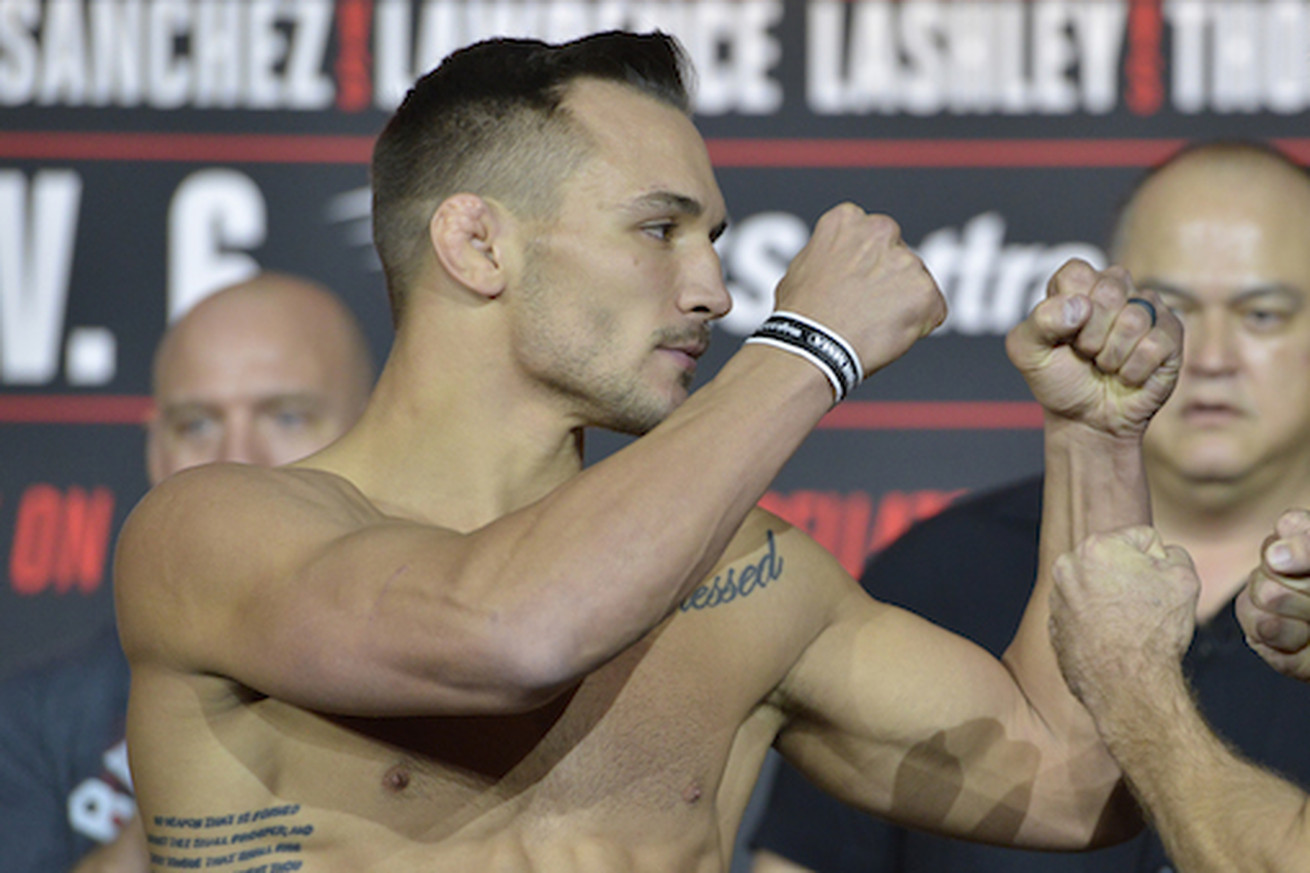 The place is here, SAP Center in San Jose, Calif., and the time is (almost) now, 8 p.m. ET. That means it’s time for the fighters scheduled to compete at Bellator 165: “Chandler vs. Henderson” tomorrow night (Sat., Nov. 19, 2016) to soon step to the scale for the official weigh-in event. As per our usual at MMAmania.com, we’ll deliver real-time weigh-in results as each of the fighters on tomorrow’s card, which is headlined by Michael Chandler defending the Lightweight title against former World Extreme Cagefighting (WEC) and Ultimate Fighting Championship (UFC) 155-pound kingpin, “Smooth” Benson Henderson.

You can watch streaming video of Bellator 165’s weigh-in event LIVE in the player above. Meanwhile, check out official Bellator 165 weigh-in results below, starting at 8 p.m. ET: