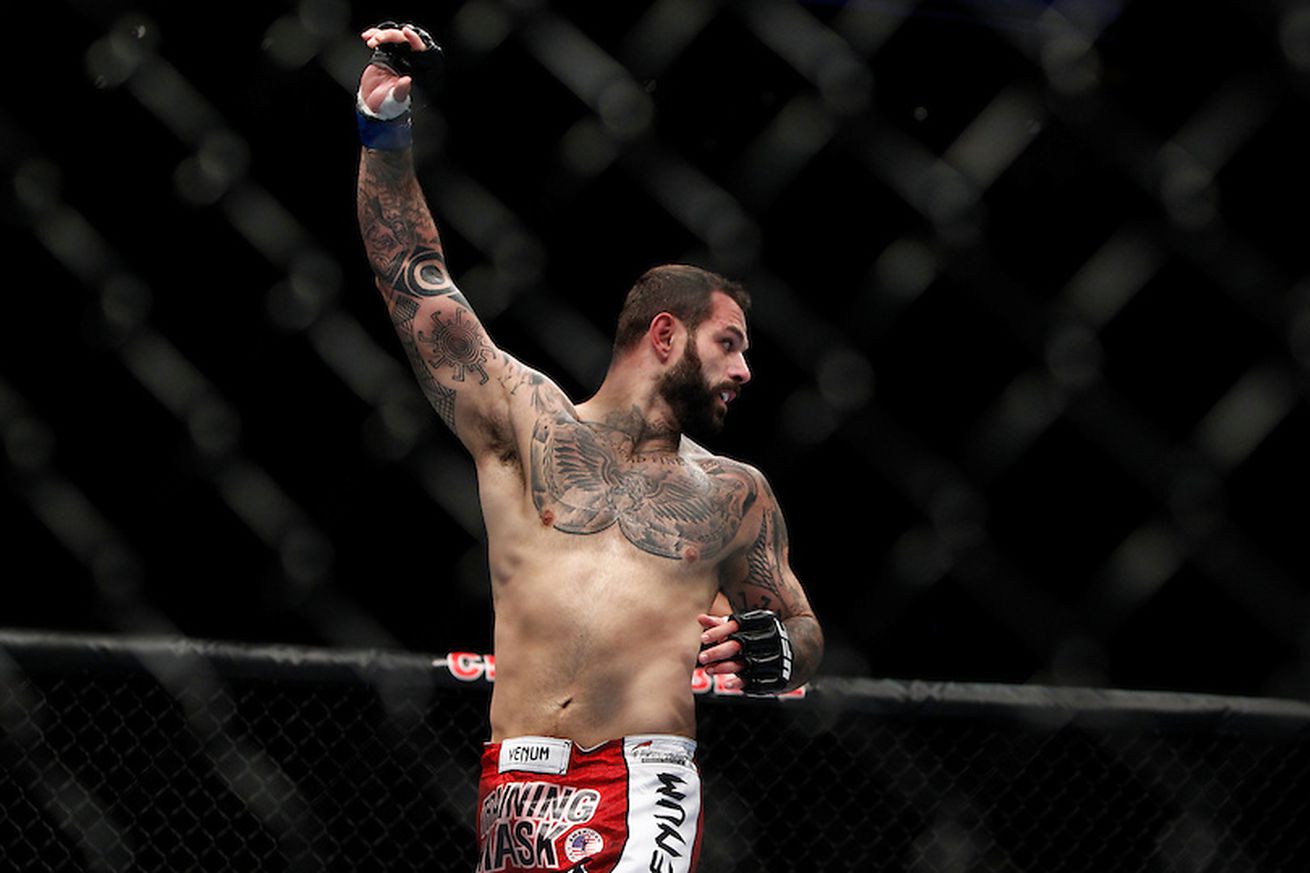 Bellator 168: “Sakara vs. Beltran” takes place at Mandela Forum in Florence, Italy, this Saturday night (Dec. 10, 2016). Five bouts promise some local favorites and some up-and-coming stars of the multiple divisions, including a former Ultimate Fighting Championship (UFC) veteran who won his promotional debut a few hours away in Torino.

Let’s break it down:

After an impressive showing against a “Professional Predator” in April, Alessio Sakara looks to repeat that feat in his second Bellator fight in Italy. Sakara is a well-rounded fighter, but he prefers to stand and bang, winning 66 percent of the time (12 out of 18) via knockout. Joey Beltran’s percentage of knockouts in wins is higher (70 percent), but he’s only won 54 percent of his fights overall, while Sakara is only slightly higher at 58 percent (18 of 31). Essentially these opponents are tailor-made for each other to just stand and trade, so even though Beltran is slightly younger and has the reach advantage (75″ to 72″), Sakara has the only advantage he needs — the home country fans cheering him on.

Final prediction: Alessio Sakara wins via knockout in the second round

When Philipe Lins eschews a technical fight and lets his hands go, opponents tend to fall down quickly. When “Monstro” decides to take your neck, he finishes that way, too. Kleber Raimundo Silva joins this card as a late replacement for Pietro Cappelli and is clearly a better choice given he has six times as much professional experience. With only one win in his last five fights, though, he’s ripe for the picking. Barring a bizarre fluke or a freak injury, this is going to be a one-sided and devastating fight, so be sure to take that beverage break before the opening bell.

This fight will be even more one-sided than our last preview. Despite the fact Annicchiarico scored his first win by knockout in his last fight, his sub-par record seems to suggest there was no other man available to do the job. That’s literally what he will be doing — a job. He’s showing up and collecting a check for the streaking Salter (four straight wins, three straight submissions) to come and take his head off. Salter has much bigger fish to fry but who’s going to turn down a free vacation in Italy and a winner’s purse to go along with it?

A late addition to the card for Florence sees Yamauchi return after a quick first round submission of Ryan Couture that left him injury-free. His opponent will test the wisdom of that decision given Mircea is looking to impress in his Bellator debut. He’s currently on a three-fight win streak with two knockouts and he’s picked up an astonishing six wins total in 2016. Clearly, Mircea doesn’t mind short notice fights, either, but Yamauchi has looked better at Lightweight and would love to finish 2016 with a statement win to send notice to Michael Chandler that he’s coming for that belt.

Perhaps owing to the fact that Rafael Carvalho pulled out of this show at the last minute, Bellator felt obliged to add another fight to the card to keep both the local fans and their broadcast partners happy. If Yamauchi was a late addition, though, Ed Ruth’s addition was 11:59 on the clock with a midnight deadline. The fact that he dominated his Bellator 163 debut in Uncasville left him injury-free. And although Palombi is superior in actual mixed martial arts (MMA) experience, it can be argued Ruth’s Olympic caliber amateur wrestling is a whole lifetime worth of experience in itself. He shouldn’t have much trouble improving to 2-0 despite a hostile crowd cheering on the regional favorite.

Final prediction: Ed Ruth wins via technical knockout in the first round

MMAmania.com will deliver coverage of Bellator 168 Saturday afternoon, with results throughout the evening for the Spike TV fights at 4 p.m. ET. To check out the latest Bellator MMA-related news and notes be sure to hit up our comprehensive news archive right here.