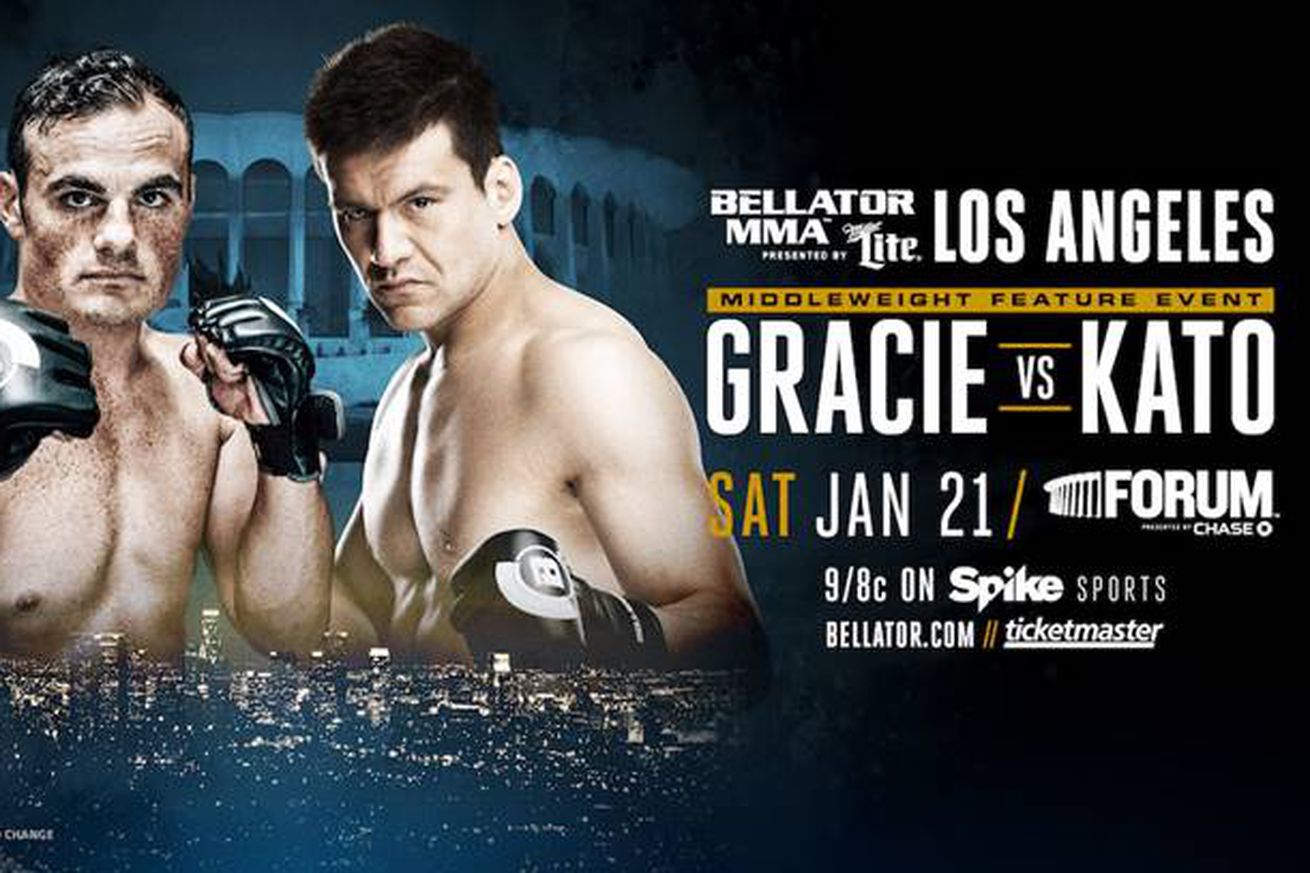 Bellator 170: “Ortiz vs. Sonnen” goes down TONIGHT (Sat., Jan. 21, 2017) in Inglewood, Calif., at The Forum, airing live on Spike TV at 9 p.m. ET. The main event features “Bad Boy” Tito Ortiz vs. “Bad Guy” Chael Sonnen; however, before that Light Heavyweight showdown pops off, Ralek Gracie and Hisaki Kato will brings some “Style vs. Style” intrigue as well.

Gracie spoke to Jimmy Smith after a recent public workout in Hollywood earlier this week (watch it):

“Man, when we get in there, we’re just two gorillas in the cage. You know where we come from — two men are going to go in, one man is going to come out. That’s what it all started for, right?”

He also talked about his opponent, Kato.

Gracie also styled the fight as representing the whole of Gracie artistry.

Smith gave his own thoughts on the match-up as well.

“A fight like this hasn’t happened in a long time in MMA. It’s kind of a throwback fight. If Ralek can get him down use his jiu-jitsu, keep it in his comfort zone, it’s a tough night for Hisaki Kato. The difference here is Ralek Gracie hasn’t fought MMA in a long time. Hisaki Kato has been sharp, he’s been fighting a lot. Ralek Gracie needs to start strong, can’t let the ring rust affect him. If he can do that he can have a good night.”