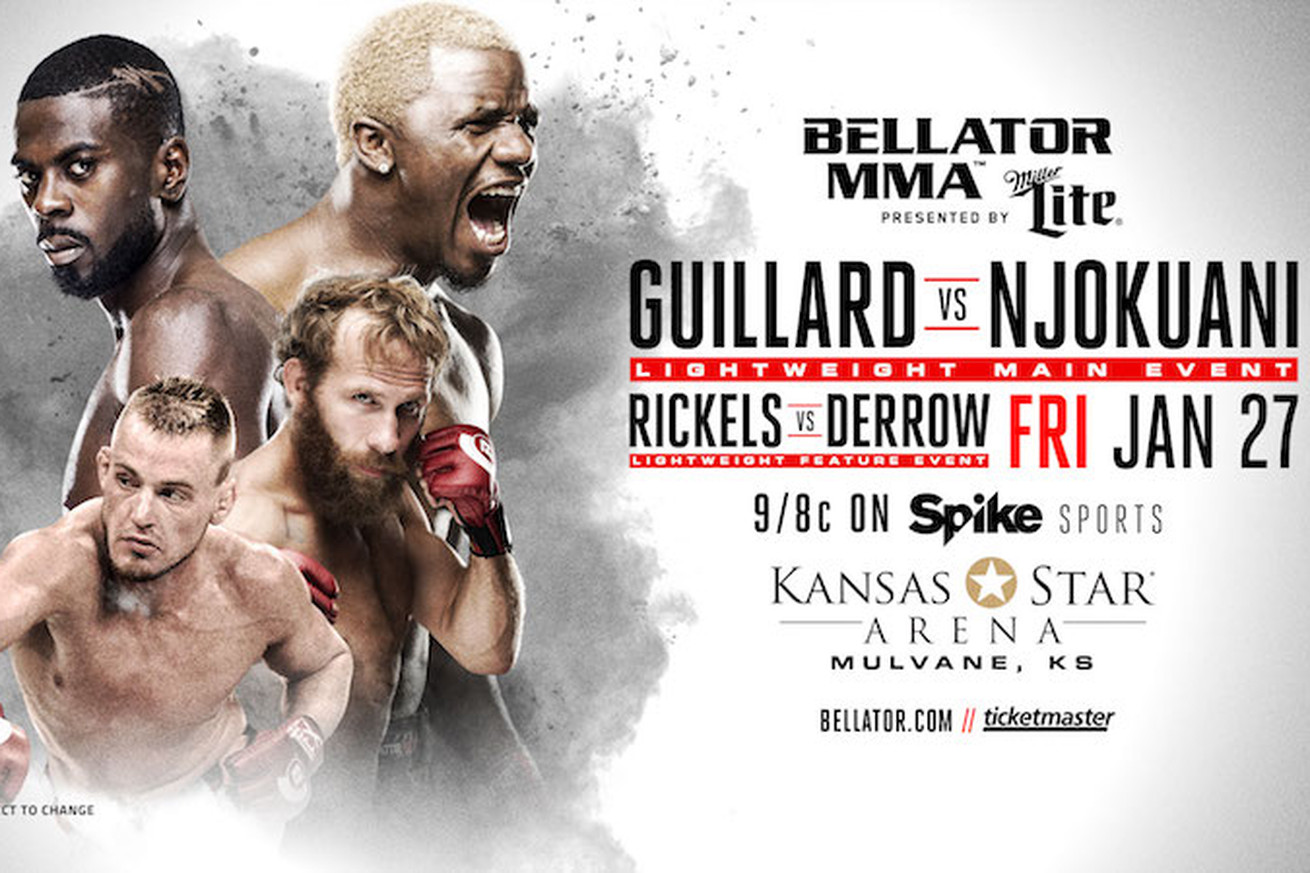 Bellator 171: “Guillard vs. Njokuani” comes to Kansas Star Casino in Mulvane, Kan., on Jan. 27, 2017, taking place just six days after the massive “Ortiz vs. Sonnen”-led card. Bellator MMA needed a big event that could bang; however, one bang just wouldn’t be enough … so how about two?

Chidi “Bang Bang” Njokuani (16-4, 1 NC) will look to display his striking skills again little more than one month after finishing Andre Fialho in only 21 seconds. Owing to the short turn around and because his opponent, Melvin Guillard, has expressed a desire to move up to 170 pounds, Bellator 171’s will be fought at a Catchweight of 175 pounds.

That’s probably a good idea in any case when Guillard (32-16-2, 3 NC) is in the main event. That’s because “Young Assassin” has missed weight in four out of his last five fights, and coincidentally or not, only won one of those five. It could have actually been two wins during that span, but win in Mulvane was overturned after Guillard tested positive for a non-PED banned substance.

Check out the latest and greatest Bellator 171 fight card and rumors below.