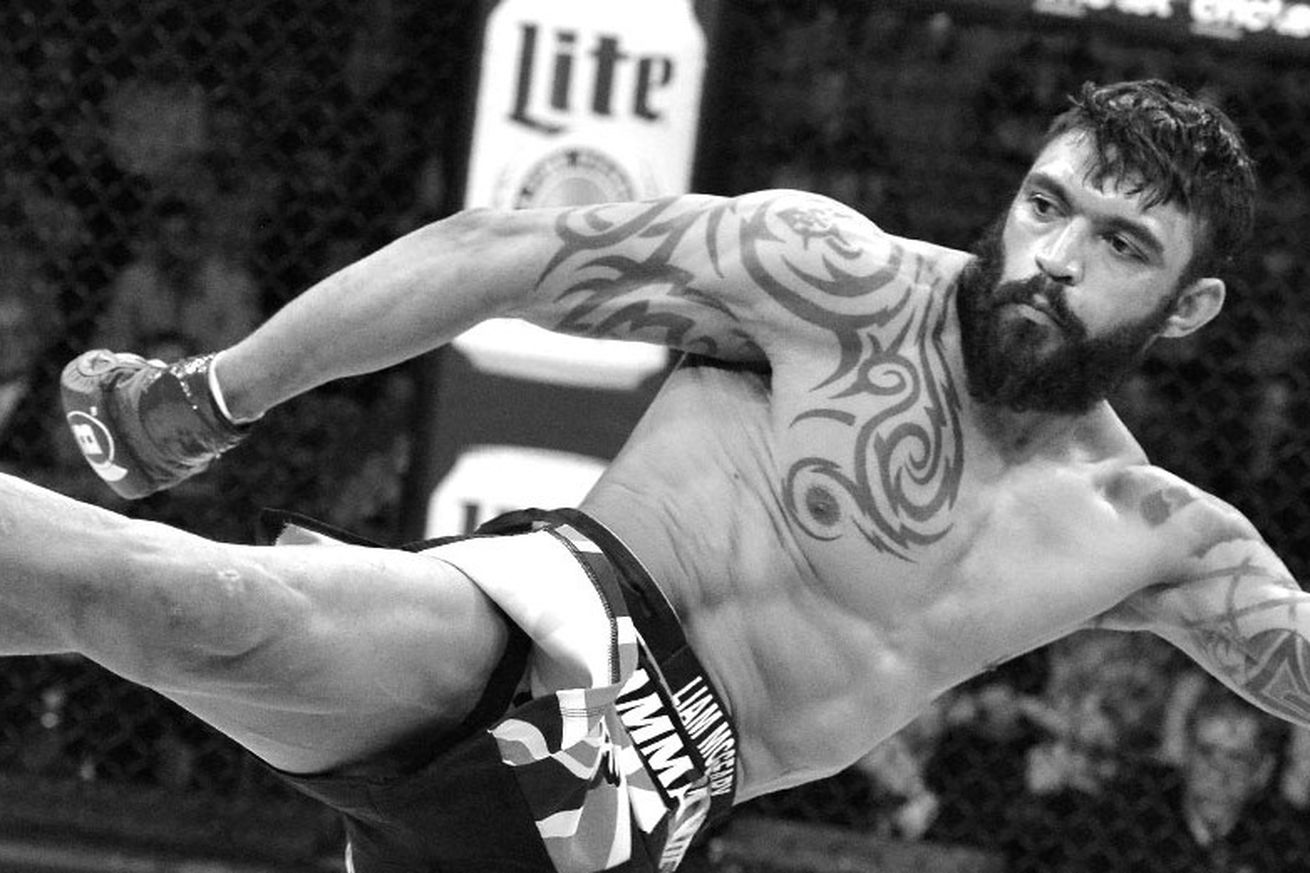 Bellator 173: “McGeary vs. Filipovic” takes places this Friday night (Feb. 24, 2017) at SSE Arena in Belfast, northern Ireland. The date and the place may look familiar, but the main event is not the one fight fans originally expected.

“The Housewives’ Choice” Chris Fields has withdrawn because of an undisclosed injury, according to a Bellator rep who confirmed the late switch to Severe MMA. Former Light Heavyweight champion Liam McGeary (11-1) will face Vladimir Filipovic (8-2) instead. At least this time the top of the card is being changed on more than a few hours notice.

Filipovic may in some respects be a more intriguing fight. He brings a better win percentage to the table than Fields, and the Serbian’s only loss in his last six fights was to Fedor Emelianenko’s prized pupil Anatoly Tokov. “Fila” has finished 75 percent of his wins with three knockouts and three submissions, but the 6’1″ fighter has a tall drink of water ahead with the 6’6″ McGeary, who has finished all but one of his wins (10 of 11) with five submissions and five knockouts.