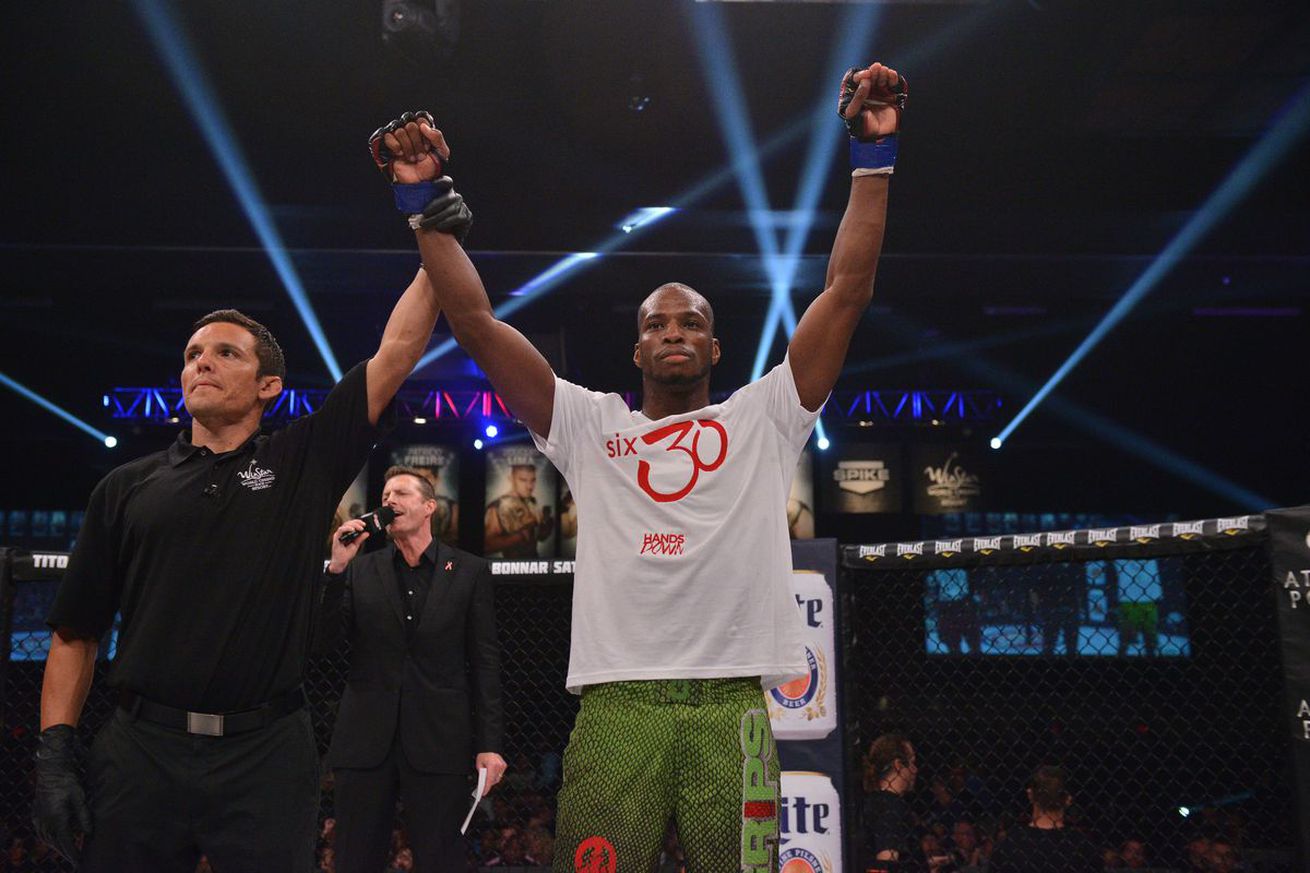 When you think of free agents jumping ship, lately it’s been Ultimate Fighting Championship (UFC) stars making the move over to other promotions, mainly Bellator MMA.

But one certain fighter who currently competes for the Viacom-owned mixed martial arts (MMA) organization will soon have a tough decision to make, as Michael Page will becoming a free agent in the near future.

Whether or not he bolts to UFC — or any other promotion — is uncertain.

“I honestly don’t know,” Page told Jim Edwards of Champions.co (via Bloody Elbow). “Obviously, it’s a tough decision and position to be in. I’ve talked to all my loved ones, and it’s difficult, man. Everyone has their different views and stuff. When the time comes, I’ll really look into making that decision. For the minute, Bellator is home, and I’m just going to get on with it. I’m going to focus on Derek Anderson and nothing else.”

Criticized for not taking on top-level competition thus far in his career by this guy, Page will next face Derek Anderson at Bellator 179 on May 19 at the SSE Arena in London, England in the co-headlining act. Spearheading the event will be Rory MacDonald taking on Paul Daley.

Once the dust settles, Page — who is undefeated (12-0, 7-0 UFC) — will have one more bout on his deal, and says losing to Anderson could be detrimental to his plans.

“I believe I’ve just got two more. I got this one [against Anderson] and then another one. Then, we will see. We will see what happens, man. I could well be a free agent. I have to keep my focus, though. I can’t look ahead, because if I were to lose this fight badly, then that changes things in a big way. I just have to do what I do best and put people away and entertain at the same time.”

Any of you care to see Page test his skills against the best UFC has to offer? Or do you expect Scott Coker and Co. to lock up one of the their youngest and brightest stars?