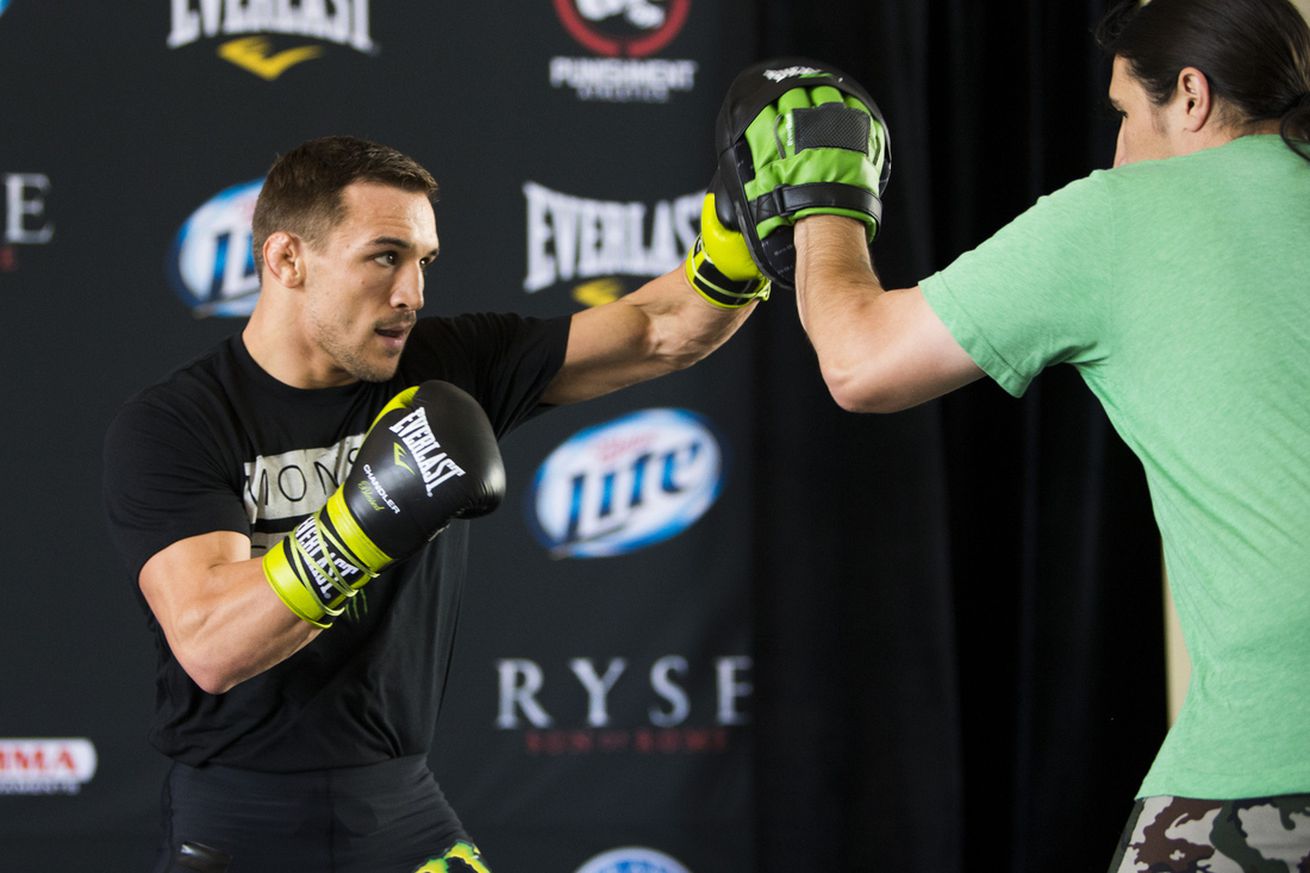 Rory MacDonald is Bellator MMA’s newest high-profile signing and that has Michael Chandler feeling happy. Not only is it another big name coming into the promotion he has helped build, but also a potential opponent.

Chandler, the Bellator lightweight champion, told Ariel Helwani on Monday’s edition of The MMA Hour that a fight with MacDonald is one that he is very interested in down the road. MacDonald fights in the welterweight division, but Chandler said he’d have no problem moving up. Chandler said he’s walking around right now at 190 pounds, so fighting at 170 wouldn’t be much of a problem.

“The good thing for me is I think that’s a fight I could have in my future,” Chandler said. “I would definitely step up to 170 and make that fight happen. I want the biggest fights that Bellator has to offer.”

Chandler (15-3) first must contend with former UFC lightweight champion Benson Henderson on Nov. 19 in San Jose. Henderson beat Patricio Freire due to a “Pitbull” fractured leg last week at Bellator 160 in Anaheim to set up his title shot. Chandler is very confident going into that bout.

After Henderson, Chandler is still looking at a fight with Josh Thomson. The two were supposed to face each other in the spring, but Thomson was sidelined with an injury. Chandler believes there is still some “unfinished business” there.

Once those two bouts are completed, Chandler said he wants a piece of MacDonald.

“I want big fights, I want exciting fights and I ….View full article