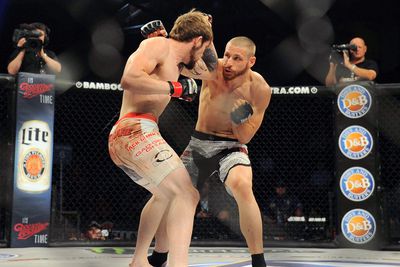 Bellator MMA today revealed plans to hold fight cards in London and Tel Aviv, along with a yet-to-be named city in Italy, as part of its international expansion plan for 2016.

Coming soon to a European — and Middle Eastern — city near you: Bellator fights … LIVE!

Bellator MMA has revealed its international expansion plans for 2016, which include at least two live fight cards in Europe — London, England, and a yet to be named city in Italy. In addition, Bellator will also stage an event in the Middle East from Tel Aviv, Israel, marking the first time ever the promotion has traveled outside North America.

“We are thrilled to bring the incredible excitement of hard-hitting Bellator action featuring some of the best athletes in the world to our new global partners in the UK, Israel, and Italy. The London event is especially encouraging as we will broadcast the main card in the UK on one of the country’s most-distributed broadcast channels, Channel 5.”

The Bellator show in Israel will air locally on Ego Total. It’s still unclear how and where the Italian television distribution deal will pan out.