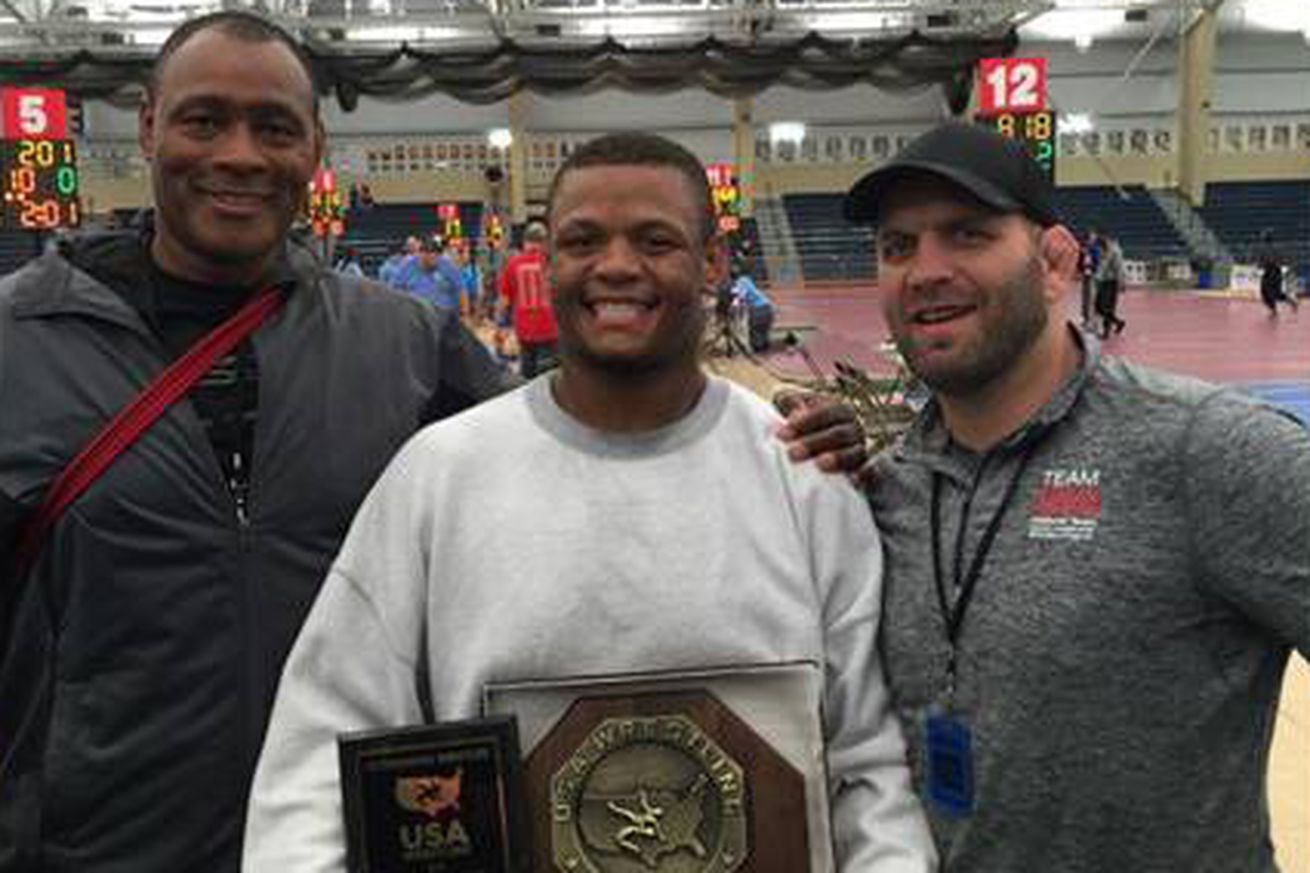 In a recent statement, Bellator MMA announced that it has inked another Olympic-caliber prospect to its roster …

Bellator MMA’s next big event is Bellator 154: “Davis vs. King Mo” next weekend (Sat., May 14, 2016). In the meantime, the mixed martial arts (MMA) promotion announced a “Doughboy”-sized addition to its roster, Jarod Trice. But, don’t let the nickname fool you — Trice is a lean, mean wrestling machine who is a three-time All American from Central Michigan University (CMU) who also won a national title at 120 kg (264 pounds), as well as Greco Roman titles at both 120 and 98 kg (216 pounds) in his decorated career.

“We’re excited to be adding yet another world-class wrestling talent to our ever-growing roster of fighters here at Bellator. I’ve always taken great pride in our ability to identify and build stars in this business, and I have great confidence that we’ve found a gem in Jarod Trice.”

Trice’s experience since his days at CMU includes working out with the Cyclone Wrestling Club in Ames, Iowa, and the U.S. Olympic Training Center in Colorado Springs, Colo., alongside Bellator fighters like Darrion Caldwell and Bubba Jenkins, among others.

Trice is excited about his prospects in Bellator’s Light Heavyweight division.

“Bellator MMA was a no brainer for me. Scott Coker is a promoter that treats the fighters with so much respect, and dealing with him and his team through this signing process has been amazing. I’m really looking forward to fighting for Coker, the Bellator promotion, and for every wrestling and MMA fan out there before the end of the year. If you aren’t familiar with my name yet, you will be as soon as I get in that cage.”

To check out the latest ….View full article