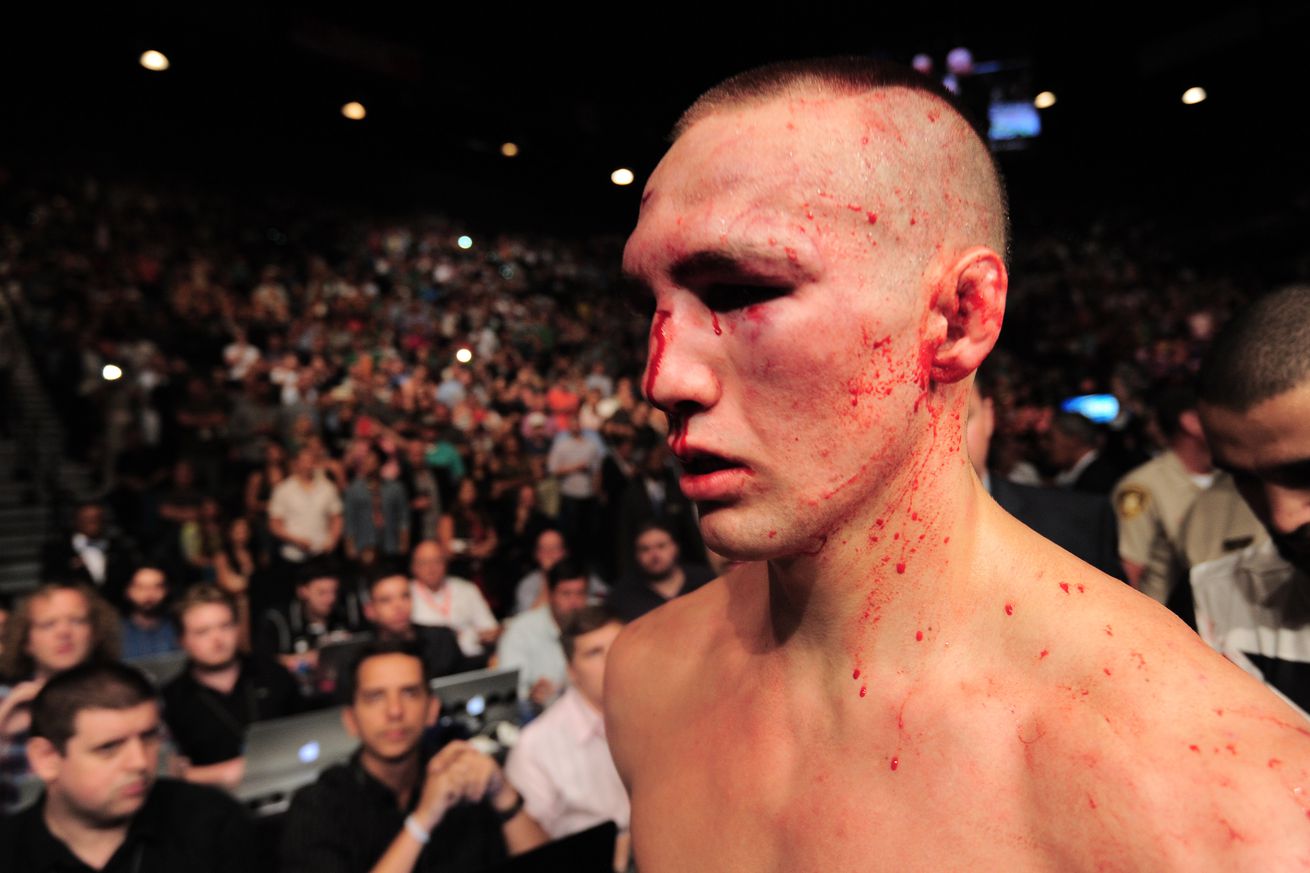 Ultimate Fighting Championship (UFC) Welterweight contender Rory MacDonald not only broke his nose in a five-round loss to Stephen Thompson back at UFC Fight Night 89, but the Canadian may have fought his last battle inside of the Octagon.

After all, prior to his No. 1 contender’s bout opposite “Wonderboy,” MacDonald was told by UFC officials to test the free agent market when his contract expired after UFC Fight Night 89.

Luckily for MacDonald, promotions like Bellator MMA will be waiting with open arms.

“It really comes down to, we’re Bellator, and we’re going to go after all free agents,” said Bellator President Scott Coker after the Bellator 157 post-fight press conference (h/t MMA Fighting). “When [MacDonald’s] contract is up, and I think he might have some contingencies in the negotiation period, and we’re not going to breach any contracts. But when they are ready to talk, we’re here and Rory’s somebody we’d definitely be interested in when he’s free.”

At 26 years of age, UFC would be amiss not to resign MacDonald, especially considering he’s the biggest name in Canadian mixed martial arts (MMA) for now. But if Bellator is able to offer up more bags of cash and reasonable contract stipulations, MacDonald may find himself fighting alongside the likes of Welterweight champion Andrey Koreshkov, phenom Michael Page, divisional mainstay Douglas Lima, and knockout artist Paul Daley.

For what it’s worth, MacDonald’s loss isn’t going to stop Bellator from going after him.