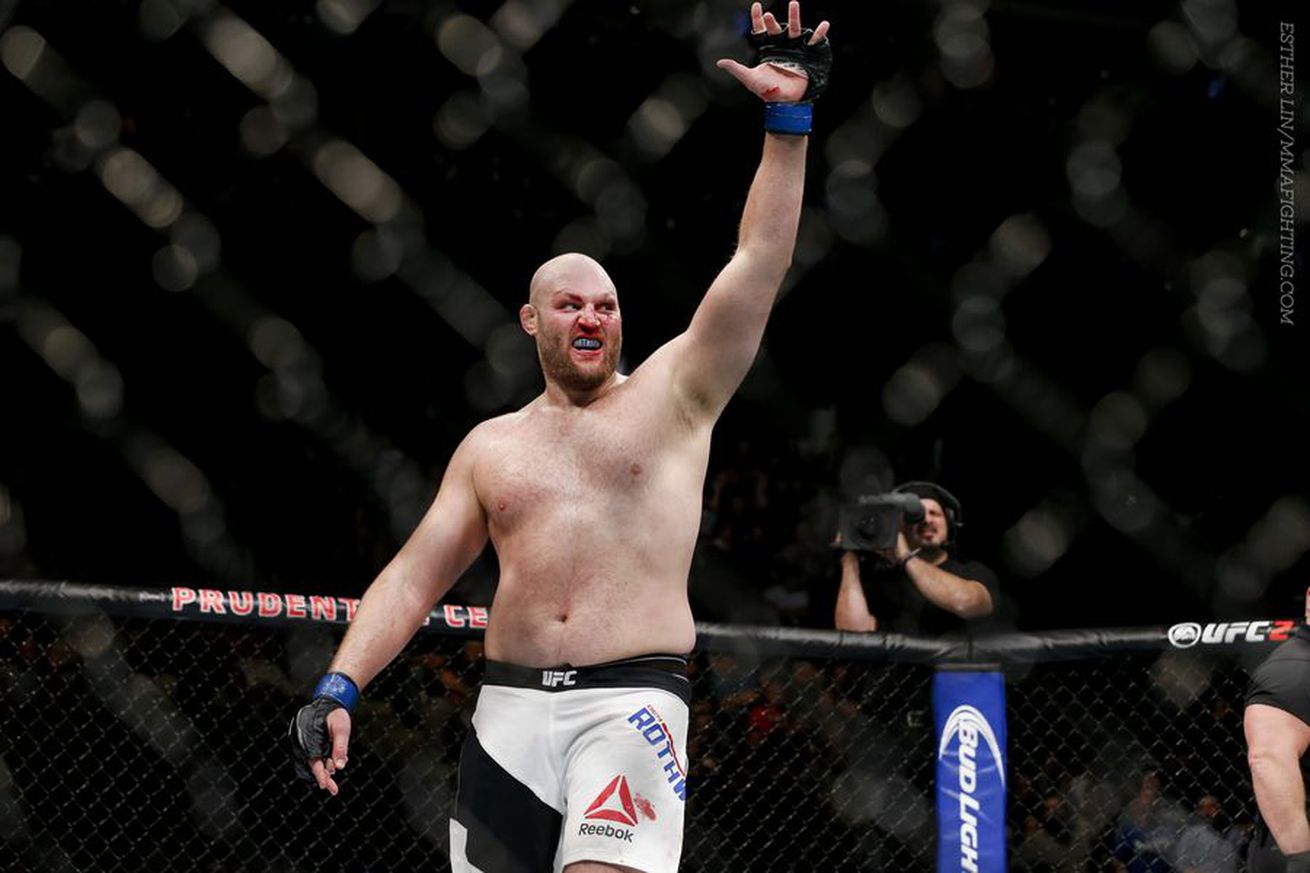 If Saturday night in Newark, N.J. proved anything, it’s that UFC heavyweight Ben Rothwell is knocking on the door of a title shot. The fighter entered the night on a three-fight win streak, but arguably earned the signature win of his career when he submitted former UFC heavyweight champion Josh Barnett via go-go choke in the second round.

If that doesn’t push him to the front of the queue for a title shot, it places him directly behind it. So while the heavyweight picture is up in the air as champion Fabricio Werdum is injured and Stipe Miocic appears next in line, Rothwell isn’t concerned. If he gets the title shot, great, but if he doesn’t? That’s no problem, too. No matter who it is, Rothwell told the media at the post-fight press conference, they’re no match for him.

“If you pay attention to me, I’m pretty vocal that I’ve been calling out [Andrei] Arlovski, Cain [Velasquez]. Like I said, I’m going to say it one more time: I’m here to lay waste to the entire division.

“It’s every guy ranked in front of me,” he continued. “I put a target on them. If they’re going to stand in my way from the belt, then, unfortunately for them, I’m going to crush them. That’s what I’m here to do.”

When posed the question about whether he’d like a rematch with any of those fighters who have handed him a loss, however, Rothwell’s tune changes ever so slightly. Of note, Rothwell has never had the chance to avenge a loss and while that isn’t more important than a title fight, it’s not something to ignore either.

“I’d be lying if I said it wasn’t,” Rothwell said about whether he’d be eager to get back at those who have defeated him. “I had ….View full article