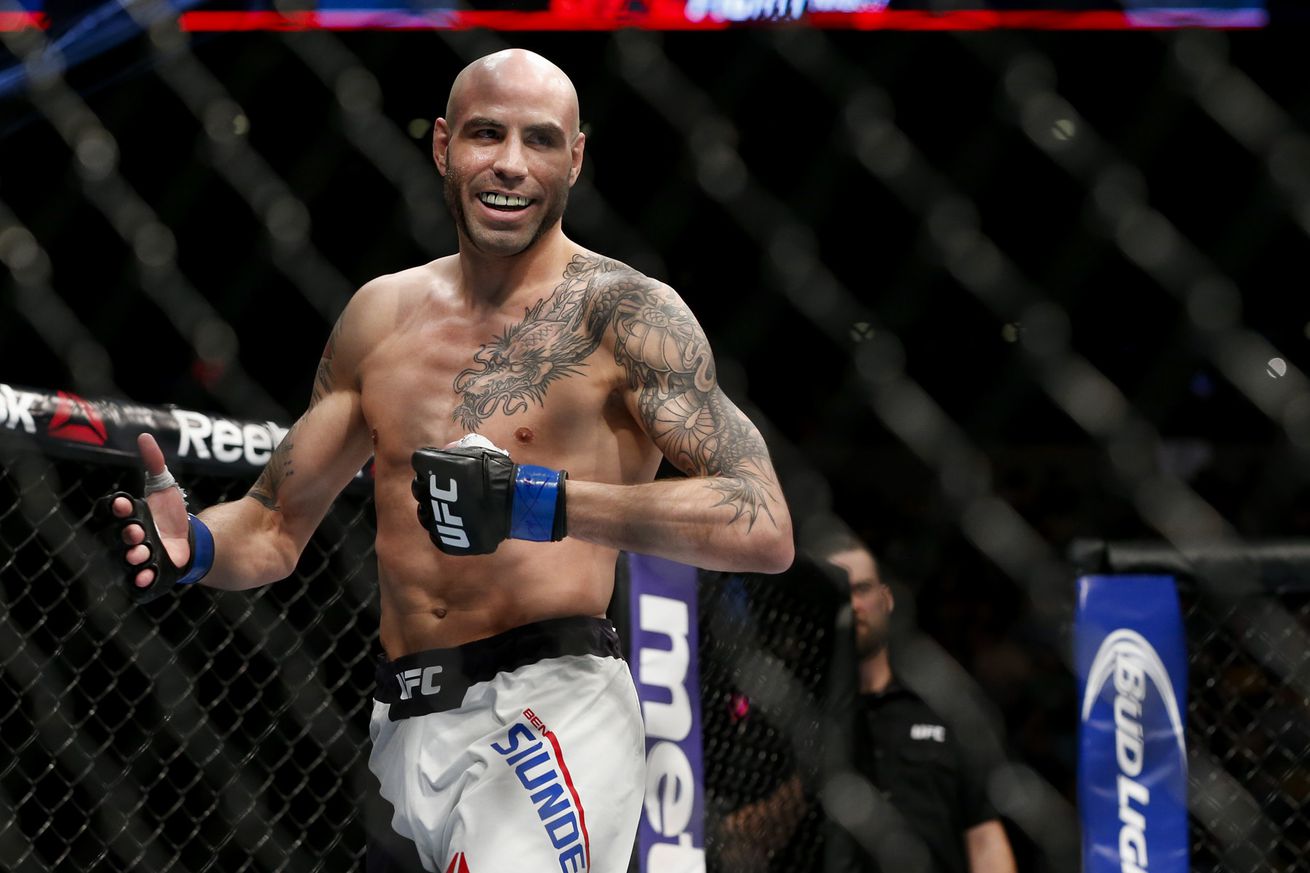 A welterweight tilt between Ben Saunders and Court McGee highlighted a trio of new bookings for Jan. 15 at UFC Fight Night 103 in Phoenix, AZ. FOX Sports first reported the news on Monday.

Saunders (19-7-2) rejoins the UFC after picking up a 17-second submission victory over Jacob Volkmann on the regional circuit. Prior to that, the 33-year-old Saunders racked up a 3-1 record in his second UFC stint, including landing the first successful omoplata submission in UFC history with his first-round win over Chris Heatherly at UFC Fight Night 49.

Saunders declined a contract extension from the UFC earlier this year following a loss to Patrick Cote, but ultimately decided against retirement. He now finds himself back in the Octagon against McGee (19-5), a winner of TUF 11 who has compiled a 4-2 record since dropping down to the welterweight division. McGee picked up a unanimous decision victory over Dominique Steele in his most recent outing this past August.

UFC Fight Night 103 takes place at the Talking Stick Resort Arena in Phoenix, AZ. The card’s main event has not yet been announced.

An updated UFC Fight Night 103 fight card can be seen below.