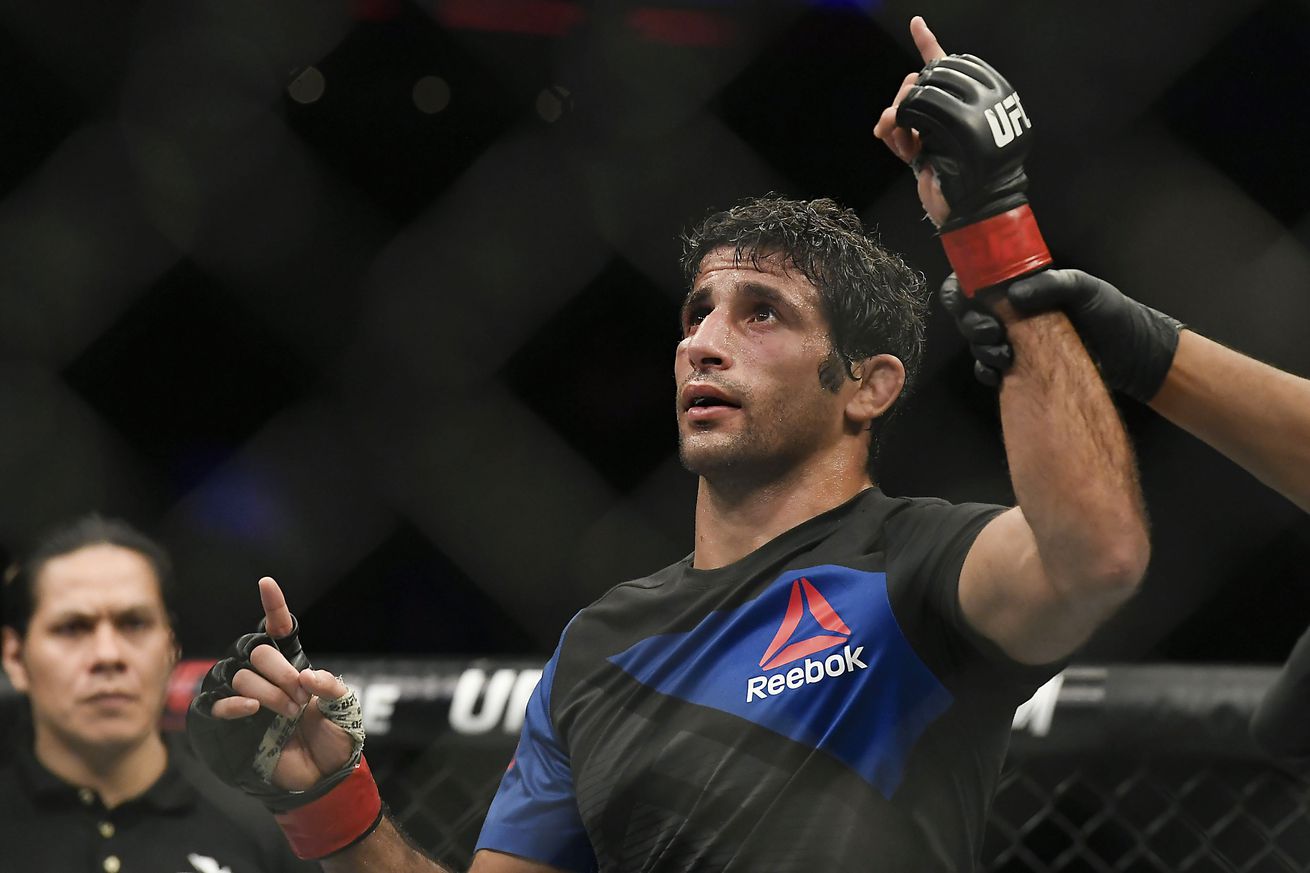 In one of the more underrated Ultimate Fighting Championship (UFC) lightweight matchups of 2016, rising title threat Beneil Dariush faced off against Russian striker Rashid Magomedov last night (Sat., Nov. 5, 2016) at UFC Fight Night 98 live on FOX Sports 1 from inside Arena Ciudad de México in Mexico City, Mexico. Dariush, 27, was coming off a knockout finish of James Vick back in June, while Magomedov, 32, came into the bout riding a 12-fight win streak.

While Magomedov offered some sound takedown defense throughout the contest, he did little to impress on the judges’ scorecards. Instead, Dariush pressed the action, pinned the Russian against the cage and was always first to the punch. It may have been a lackluster affair if you were hoping to see Magomedov’s technical striking, but at least Dariush was able to implement his gameplan to claim the unanimous decision win.

With this win, Dariush continues his re-ascension up the 155-pound ladder. Entering 2017, he should be considered a budding title contender who still needs to elevate his finishing instincts to make a run at the lightweight elite.