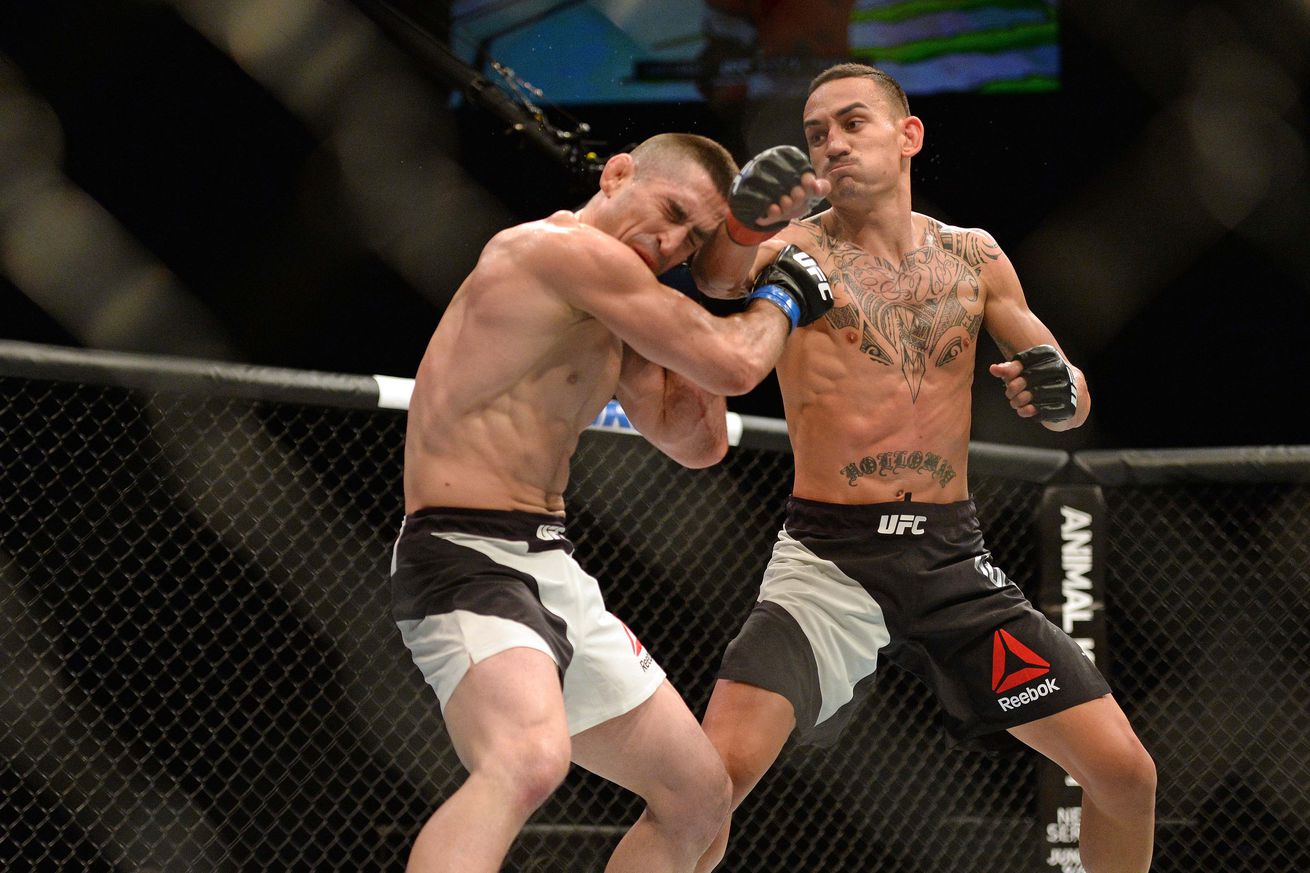 There have been so many great moments in mixed martial arts (MMA) history when it comes to toe-to-toe, all out striking wars. In fact, it goes all the way back to the modern-day Ultimate Fighting Championship (UFC) beginning, when Forrest Griffin and Stephan Bonnar went to war and delivered a memorable fight for the ages at The Ultimate Fighter (TUF) 1 Finale that ultimately put the promotion on a $4 billion cash out path. More recently, Diego Sanchez and Gilbert Melendez threw caution to the wind in the waning moments of their fight at UFC 166 to turn in an all-time classic (watch highlights here).

But, according to No. 2-ranked Featherweight Max Holloway, several fight fans mention his last-minute striking exchange with Ricardo Lamas at UFC 199 in which both men stood toe-to-toe — wailing on each other with their best shots — is the “greatest moment in MMA history.” Bit of a stretch? Pretty much. Awesome fight regardless.

Nevertheless, when asked if he’d be willing to replicate exchange when he battles dynamic striking specialist, Anthony Pettis, this weekend (Sat., Dec. 10, 2016) at UFC 206 inside Air Canada Center in Toronto, Ontario, Canada, “Blessed” said he wouldn’t be opposed to it. However, there will be a much bigger prize on the line with a “W” this Saturday night as the talented 145-pound fighters will compete for the interim Featherweight title, which means more calculated gameplans would be the safer (and perhaps) smarter options.