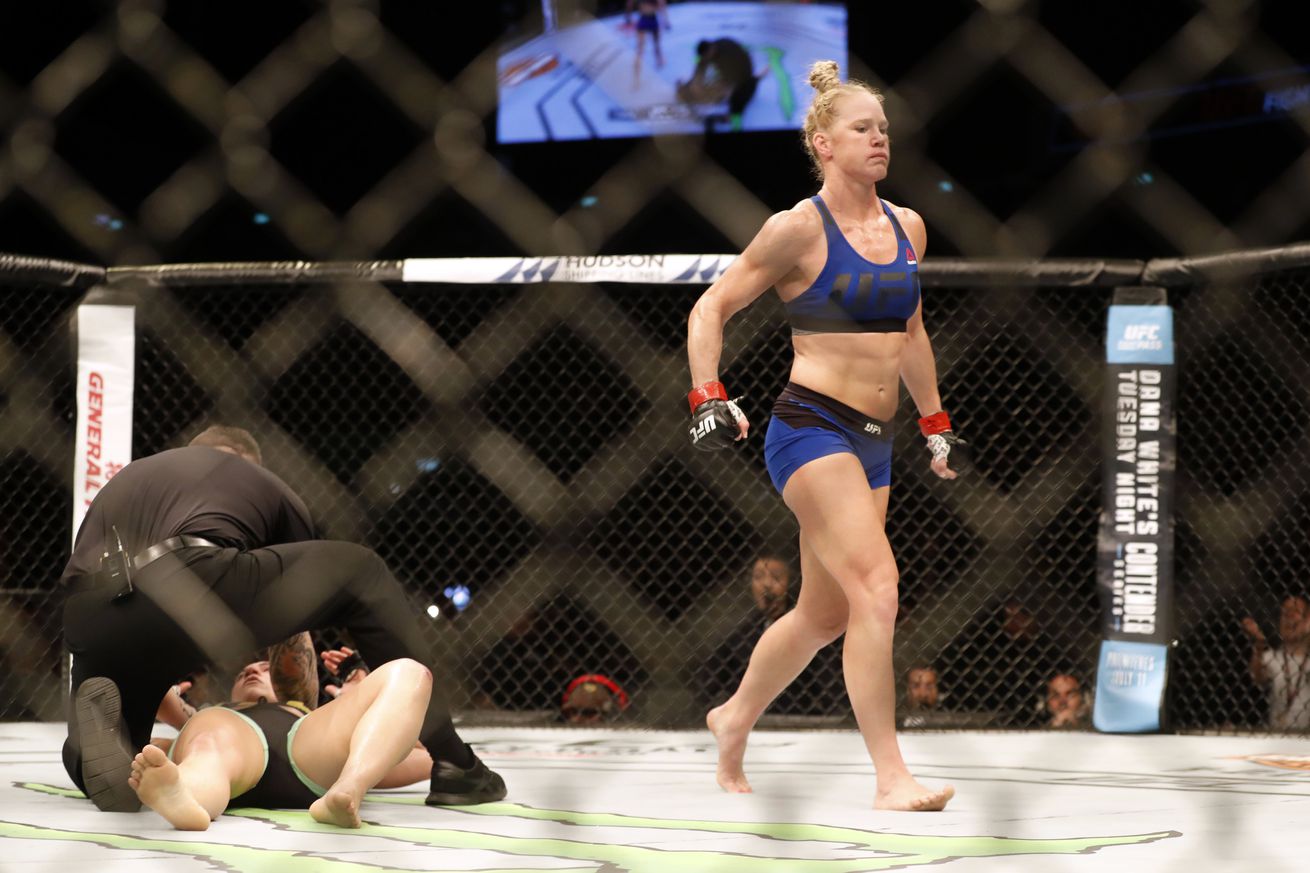 Bethe Correia is already looking forward to her next fight, despite a crooked grill suffered in her knockout loss to Holly Holm, which took place in the UFC Fight Night 111 headliner earlier this month on UFC Fight Pass in Singapore.

A fight that may have been stopped prematurely.

“I think I was trying to get back up, I wasn’t asking to stop,” Correia told MMA Fighting. “I even think the referee stopped it a little early, but I was dizzy. As a fighter, I wish I had tried, but I was unconscious. The referee was trying to protect me. I’d rather go until death, I never want to give up.”

The loss dropped Correia to 10-3-1 and leaves “The Pitbull” at 1-3-1 over the past three years. No question her drubbing at the hands (and feet) of “The Preacher’s Daughter” will affect her standing in the bantamweight rankings (see them here).

“I’m hungry to come back and beat someone up,” she continued. “I want challenges, I don’t want easy fights. I want big names. I want a top five to erase this loss. For an example, I’d like a rematch with Raquel Pennington. When I lose, I lose, but I don’t think I lost that one.”

Correia dropped a split decision to Pennington at UFC on FOX 19 in April 2016, but won’t be eligible to return to action until her chompers — dented by way of flying foot — are cleared by a dentist.