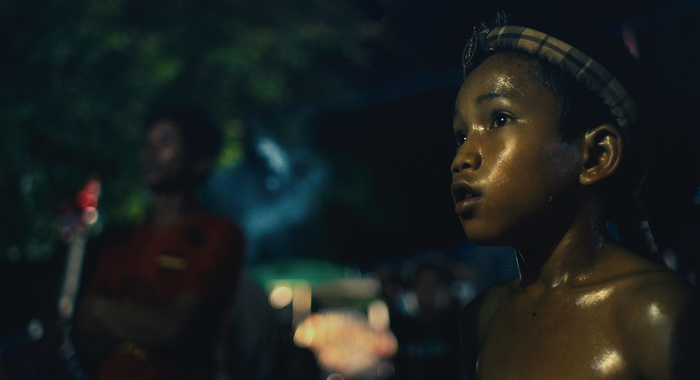 Beyond the Fields is an in-depth look into the lives of the child boxers in Northeast Thailand. Commonly referred to as Isaan, it is Thailand’s most impoverished and underdeveloped region. Isaan produces more fighters and subsequently more champions than any other area in Thailand. Children as young as six begin fighting to help provide for their families. For many it is the only escape from poverty, but Marcus, the director of Beyond the Fields, discovers that it is not without its risks. We sat down with him to find out more.

Fightland: We really love the teaser. Tell us a bit about yourself.
Marcus Ubungen: My name is Marcus Ubungen, and I’m a commercial director and filmmaker based in San Francisco. Many of the projects I direct involve working with real people and showing their world. I’ve always had a love for documentaries and am a big fan of Muay Thai. Beyond The Fields is my debut feature film, and I’m very excited to tell this story.

What is your background in Muay Thai?
I trained in Muay Thai for about seven years. It began in film school, when I was so fascinated by the sport that I begged a local fight gym, called Fairtex, to hire me in exchange for training. I had a few smoker fights but never got serious about taking it beyond that. I was mostly drawn to the technique and the way you could use all your limbs to attack and defend, at range or up close in the clinch. It’s so effective and I wanted to learn everything about it.

Have you ever traveled to Thailand before?
I have been to Thailand a few times for work, where I filmed a team of American fighters competing in huge tournaments against fighters from other ….View full article