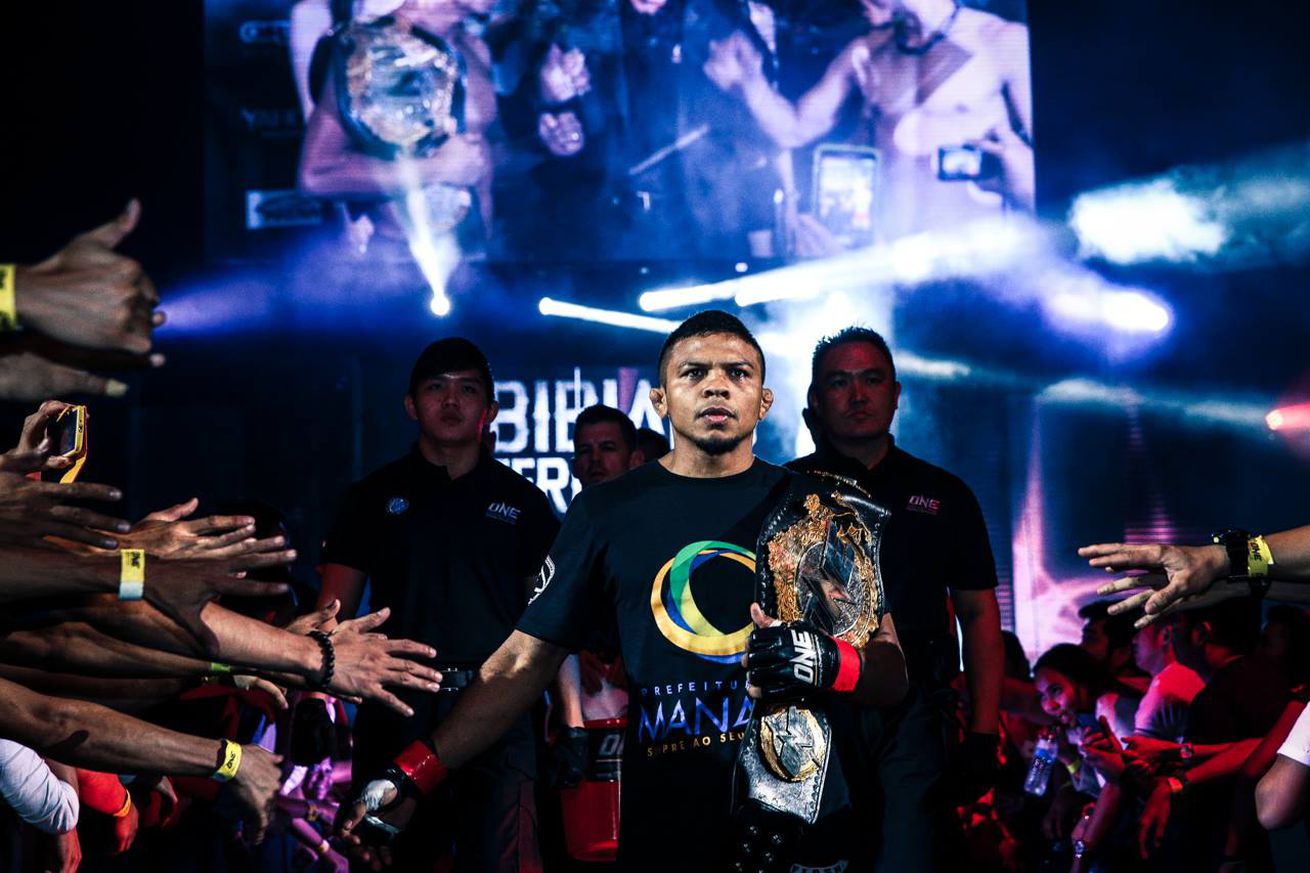 Bibiano Fernandes has decided to re-sign with ONE Championship, and he explains his reasoning behind the move.

Undefeated in nine fights under the ONE Championship banner between 2012 and 2016, “The Flash” became a free agent after defending the bantamweight title with a decision win over Reece McLaren in December. According to Fernandes, he got offers from M-1 Global, Rizin FF and Bellator earlier this year, but neither beat ONE’s deal.

“I’m in this fighting business for a long time, and I will stop fighting soon. That’s the truth,” Fernandes told MMA Fighting. “If I stop fighting, I have to think about my future and my kids’ future. Thinking long term, it was the best decision I made. And ONE still has a lot of challenges for me as well.”

Fernandes (20-3) says that Bellator’s offer was great, but, in the end, ONE’s post-fight deal made the difference.

“After I stop fighting, I’ll be an ambassador for ONE Championship and I’ll be able to help a lot of talented people,” Fernandes said. “People fight their entire lives and when it’s over he has nothing? I’ll continue in the sport, training, helping other people, and that made the difference for me. I believe it was the best decision.

“M-1 and Rizin reached out to me, but the one that tried hard to sign me was Bellator,” he continued. “They tried really hard. But I’m a professional fighter and have to think longterm, and longterm the best option was from ONE. Bellator came close, they made a great offer, but ONE made a better one and I decided to stay.”

The Brazilian bantamweight, who came close to signing with the UFC in 2012, is not surprised he didn’t get any offer from the company this time.

“The UFC is releasing a lot of fighters, so they are not thinking about spending money right now,” Fernandes said. “The new owners want to save money for the company. Bellator and ONE are growing, so they are looking to sign more athletes.”

Fernandes’ sixth title defense is not set yet, but the bantamweight talent expects to be back in action around May or June.