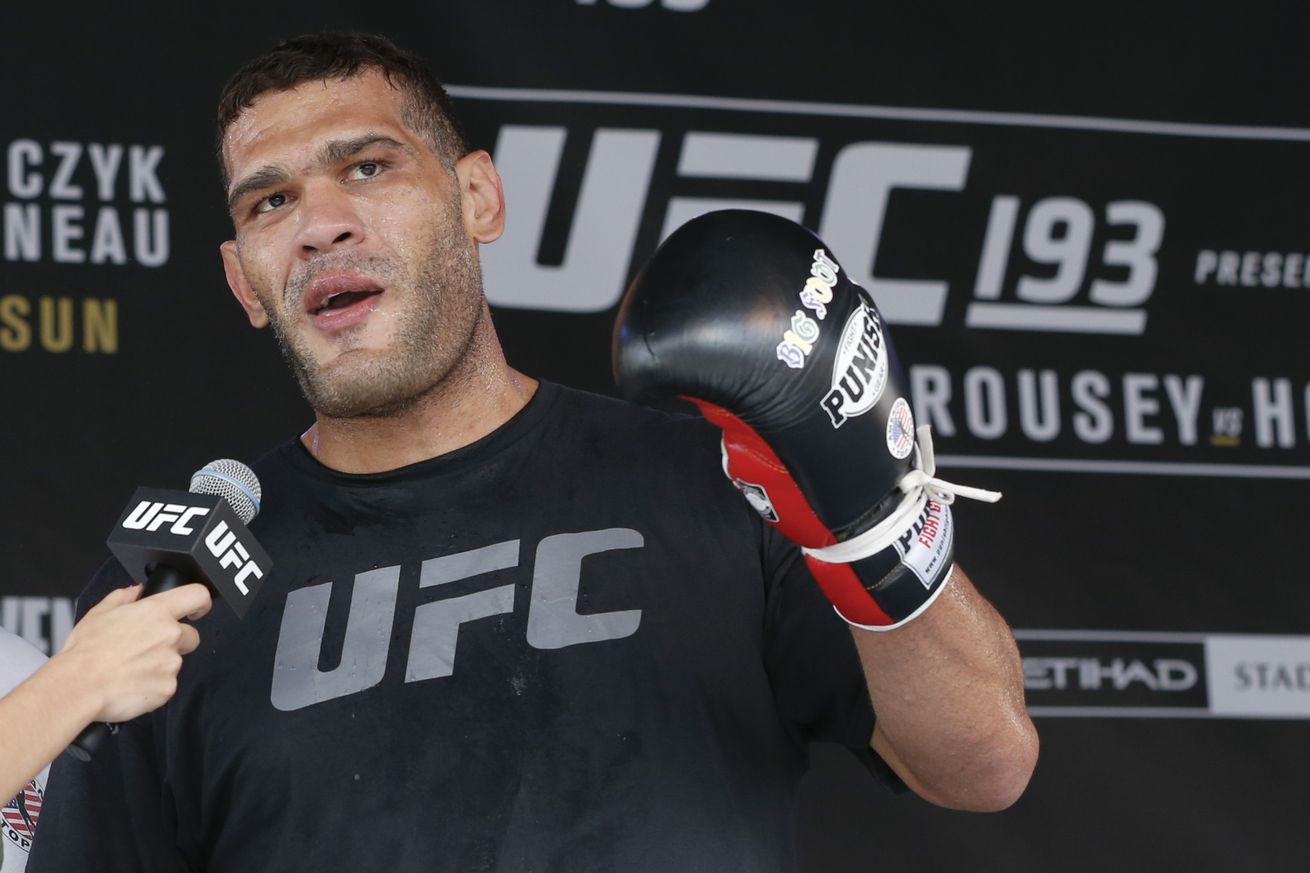 Antonio Silva is looking to snap a four-fight losing skid, and he’s cleared to go on testosterone replacement therapy (TRT) once again.

“Bigfoot”, one of the few UFC fighters allowed to go on TRT before the treatment was banned by the Nevada Athletic Commission, is set to meet former Bellator heavyweight champion Vitaly Minakov at Fight Nights Global, scheduled for June 2 in St. Petersburg, Russia.

Silva lost a decision in a thrilling contest with Ivan Shtyrkov in his first fight outside the UFC in November, and confirmed to MMA Fighting that he’s back on TRT now. Ag Fight first reported the news.

“Thanks God I’m using it again,” Silva told MMA Fighting. “My life is better, way better, because my testosterone levels are back to normal. I feel with more energy in my day to day life.

“And as an athlete, my muscle fatigue decreased 90 percent between training. I can recover my body better now. It was hard for me before because I was completely tired after every training.”

“Bigfoot” says he and his team reached out to the Fight Nights Global promoters before starting the treatment, and they allowed it since his doctors proved that he needed it.

“It’s unfair for a fighter with testosterone levels at 1000 to fight a fighter with normal levels, at 400, but it’s also unfair for a fighter with normal levels to fight someone at 100,” Silva’s manager Alex Davis said. “‘Bigfoot’ has health issues and needs it. If he doesn’t do TRT, his levels drop to 120. In Russia, he will be able to do it and bring his levels back to normal and become a different ‘Bigfoot’. If he had the opportunity to do it in the UFC, bring his levels back to normal, his last fights would have been completely different.”

The only time Silva used TRT before, he explains, was against Mark Hunt. Silva ended up testing positive for elevated levels of testosterone after fighting to a draw with “The Super Samoan”.

Winner of only one of his last nine fights, Silva is confident that his experience against some of the best heavyweights in the world will be the key against Minakov, who puts his perfect 19-0 record on the line in his native Russia.

“He’s really tough, but there are flaws in his game and we will work on that,” the Brazilian said. “I’ve already faced the best heavyweights in the world, and thanks to that I’ll use my experience in this fight.

“I’ll go for the knockout because I know that, in Russia, the decision will always go for them.”