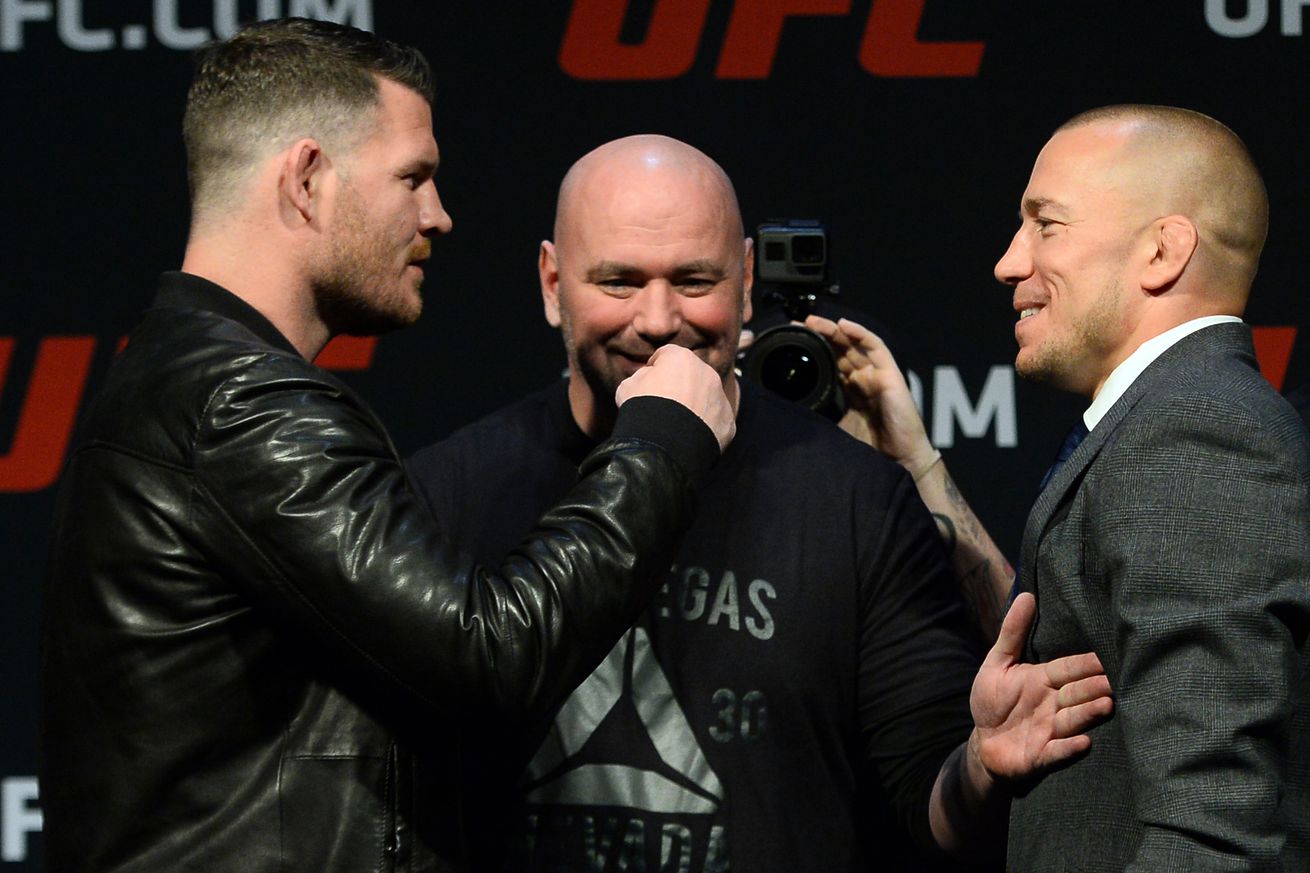 The boy who cried wolf (tickets).

Then Tyron Woodley stunk up the joint at UFC 214.

As punishment, promotion president Dana White reneged on his promise to award “The Chosen One” the coveted “Rush” slot, which puts “The Count” back in line for the former welterweight’s return this fall.

“To be honest, Dana said at the press conference last week that the Bisping-GSP ship had sailed. He said the winner of Woodley vs. Maia gets GSP and I was like oh right, whatever, it would’ve been nice and a bigger payday and all that stuff, but I was just mentally drained with it all. I stopped campaigning because every time Dana would just shut it down. So I drive home later on and Dana White calls. There you go, the fight is on November 4, Madison Square Garden, Michael Bisping versus GSP.”

St-Pierre hasn’t been seen since late 2013, walking away from combat sports in the wake of his unanimous decision win over Johny Hendricks. Bisping, meanwhile, is riding the pine with a gnarly knee injury (see it) while Robert Whittaker disposed of Yoel Romero to capture the interim strap.

So if St-Pierre wins … he only gets one of two available belts.