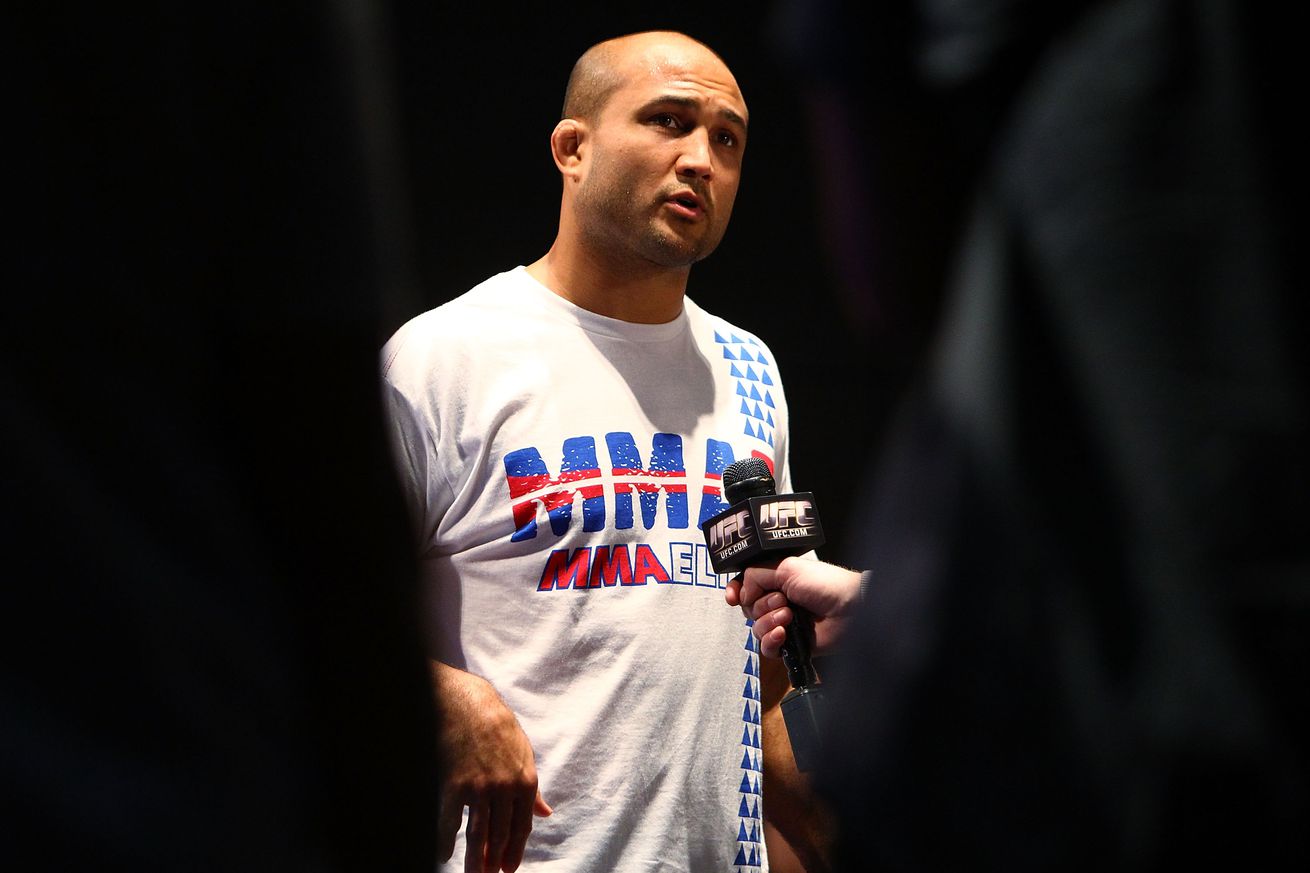 Former Ultimate Fighting Championship (UFC) welterweight champion Georges St-Pierre has been asking for super fights — as opposed to title fights — if and when he decides to grace the mixed martial arts (MMA) community with his presence later this year.

But “Rush” isn’t opposed to going down in weight, either, and claims he could make the 155-pound limit without much effort. If so, that would open the door to a treasure trove of high-profile match ups, and one former foe in particular is calling dibs.

Hey @GeorgesStPierre if you can make 155 easily, I’m free in November and would love the opportunity to fight you at 155 pounds in New York.

The Hawaiian, 37, is currently 0-2 against his younger Canadian rival. After St-Pierre (25-2) slipped by with a split-decision win over a decade ago, “Rush” ended their welterweight rivalry with a technical greaseball knockout win at UFC 94 in the early part of 2009. Would their match up play out differently at the lighter weight?

Probably not, based on what we’ve seen in recent years.