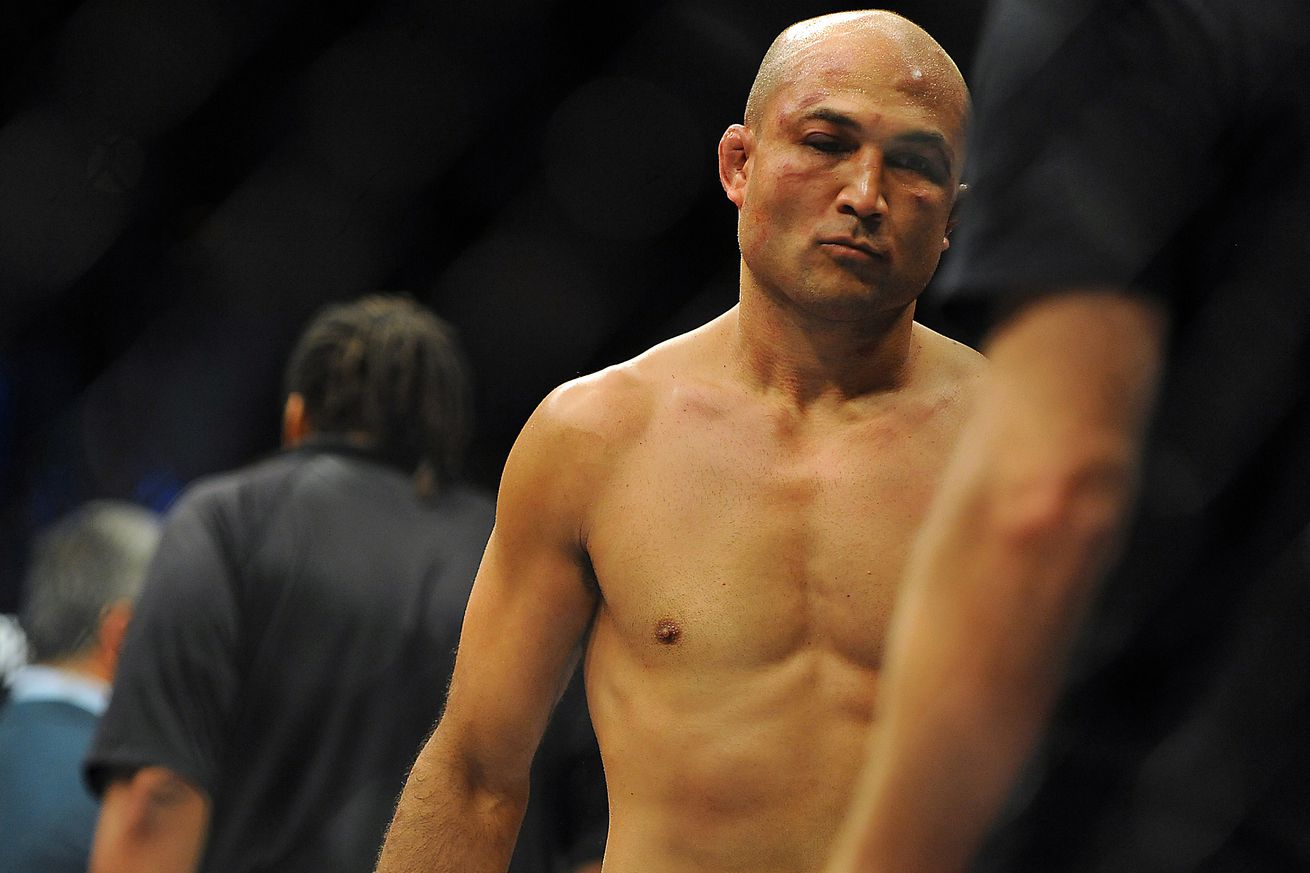 Penn — who earlier this year emerged from another mixed martial arts (MMA) retirement to make one final run at the Featherweight title — was supposed to collide with Cole Miller at UFC 199, which is scheduled for The Forum in Los Angeles, Calif., on June 4, 2016. However, UFC.com announced earlier this evening that “The Prodigy” admitted that he may have broken the new rules in preparation for the bout.

The official statement is below:

“The UFC organization was notified today that the U.S. Anti-Doping Agency (USADA) informed BJ Penn of a potential Anti-Doping Policy violation. Penn disclosed the usage of a prohibited method – the use of an IV in excess of 50 ML in a six-hour period – during a March 25, 2016, out-of-competition sample collection. In accordance with the UFC Anti-Doping Policy, Penn has received a provisional suspension, and has been removed from his scheduled bout against Cole Miller on June 4 in Los Angeles. UFC will announce a replacement opponent for Miller shortly, and additional information will be provided by USADA and UFC at the appropriate time as the process involving Penn moves forward.”

Penn (16-10-2) — who has just one win since 2009 — briefly retired after his technical knockout loss to Frankie Edgar in July 2014. He moved his camp from Hilo, Hawaii, to Albuquerque, N.M., to work with Greg Jackson to develop a “crazy” gameplan for his comeback.