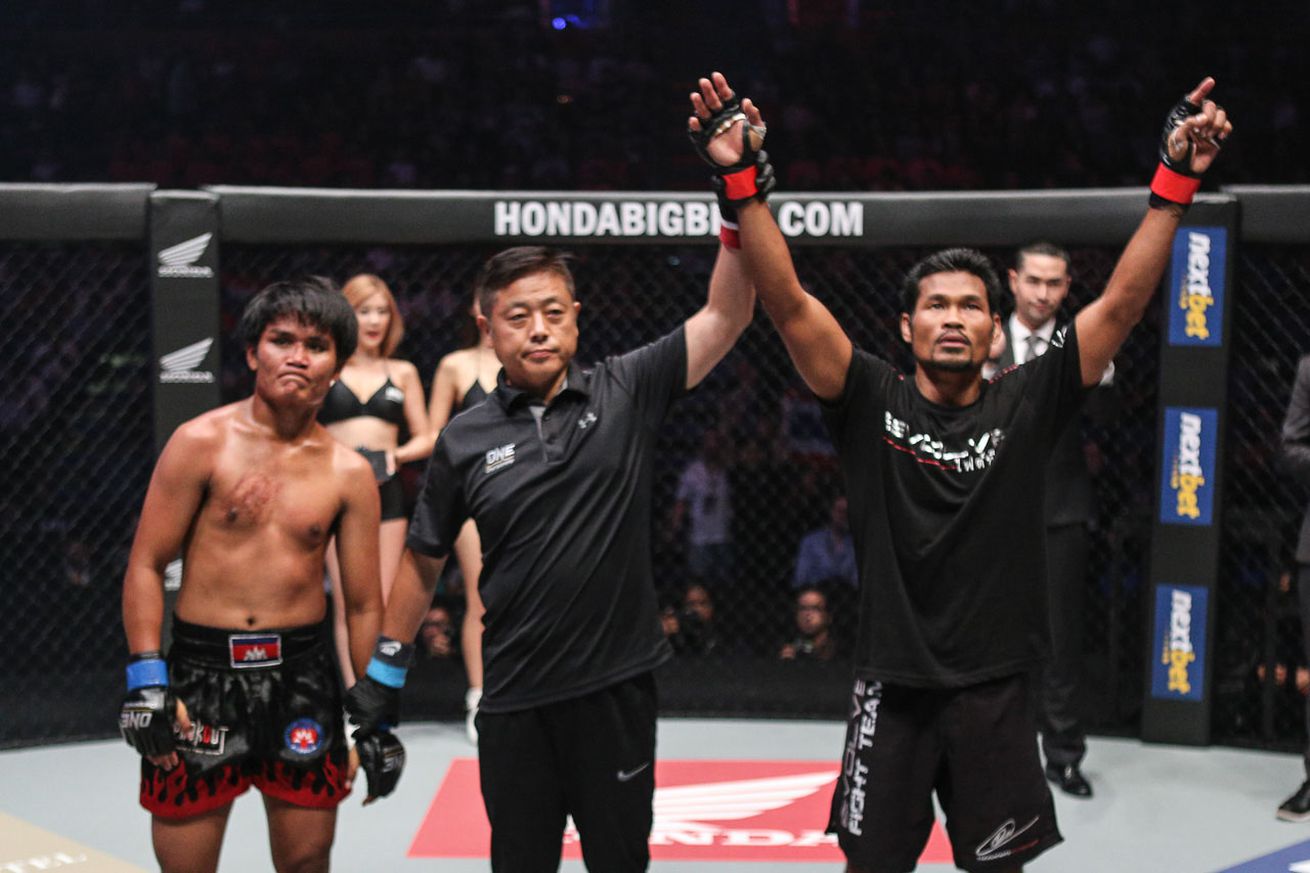 Yodsanan Sityodtong has already reached the pinnacle of one sport. He was a boxing world champion who fought at famous venues such as Madison Square Garden and competed on cards alongside the likes of James Toney and Diego Corrales.

At 42 years of age he could be happy to sit back and reflect on past glories, but the Thai boxer still has a burning desire to compete. He’s going to be on the card at ONE: “Kingdom of Warriors” which is set for Bangkok this Saturday night (local time) and has no intention of hanging up his gloves just yet.

“Even at 42, my body is still strong and I’m still fast. The main difference now is my body aches a little more than it did when I was younger, and I do get more fatigued after an intense training session.”

Yodsanan was one of the first Thai coaches to join the training team at Evolve MMA in Singapore. He’s still very much in demand as a pad holder but says combining his fight preparation with his other work commitments is just a matter of time management,

“It’s not too hard. I just have to be disciplined, manage my time well and have a good routine.”

Yodsanan fought on ONE Championship’s first ever event in Bangkok last year and scored an emphatic first-round stoppage win. It was his first fight in Thailand since 2009 and he was pleasantly surprised by the size of the crowd at the Impact Arena that night.

“So many people that I know were watching and supporting me. I knew that the Thai people love Muay Thai, but I didn’t expect that many people to show up for MMA. It’s really a sign that the sport is becoming hugely popular in Thailand.”

Yodsanan fought on ONE Championship’s first ever card back in 2011. He appeared on the promotion’s third event as well, but it would be four years until the big-hitting boxer returned to the cage and he says the opportunity to compete in Thailand was simply too exciting to turn down.

“I was very excited for my last fight because I wanted to compete so badly at that point and especially in Thailand.”

Yodsanan initially started out as a Muay Thai fighter before being persuaded to switch codes and take up boxing. With MMA camps springing up all over the country, Thai fighters now have even more options and he has no idea which path he would chose if he was a young boy looking to forge a career in combat sport today.

“It’s all down to the opportunity you get or which sport you come across first. Love for the sport is very important, it’s very hard to say which one I would choose now.”

He’s won two out of his three MMA fights to date and Yodsanan will be hoping for a second successive victory when he faces Malaysia’s Kelvin Ong at the Impact Arena. The Thai might have only fought three times in the past five years but with ONE Championship in his homeland, he’s hoping to be much busier in 2017.

“I hope to fight about four times, especially if I continue to be healthy.”