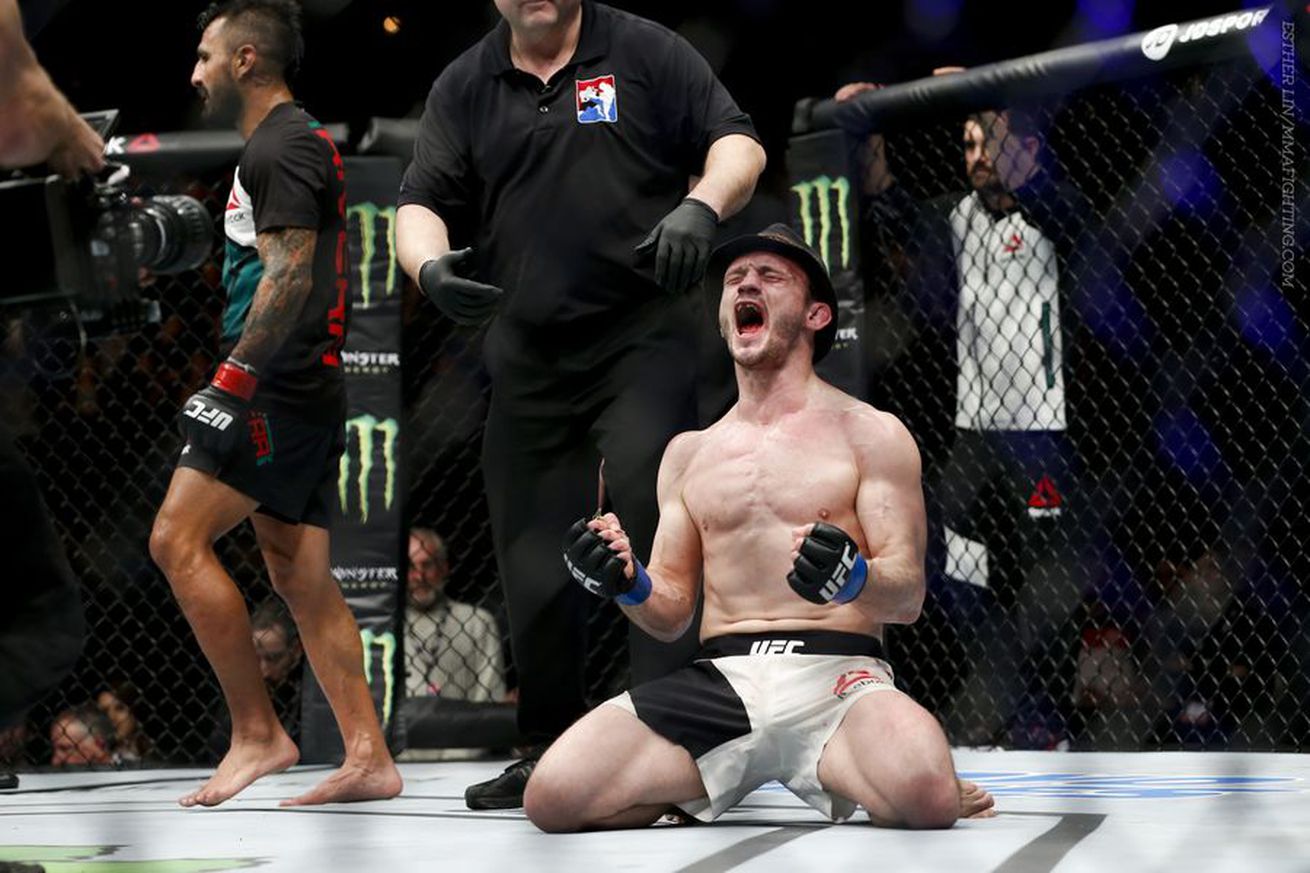 Heading into UFC Fight Night 84 on Saturday, Brad Pickett knew there was more on the line than a win or a loss. As he said pre-fight, he was, at a minimum, fighting for his job.

Lucky for him, after besting Francisco Rivera via split decision on the main card at Saturday’s event in London, his immediate future in the UFC is not in jeopardy. Still, even after getting the win, an emotional Pickett told UFC commentator Dan Hardy and the crowd in attendance that had he lost, he was going to retire. ‘Demons’, Pickett said, were something he’d be wrestling with and was looking to put behind him. If he couldn’t, that was it for his career.

At the post-fight press conference, Pickett explained exactly what he meant.

“My demons were, it didn’t matter who I was facing that night – it could’ve been no. 1 in the world to some guy off the street – I just needed to get the win. I went in with that in mind. I was desperate. Obviously, I was coming off of a few losses.

“For me, I was fighting for my job in there, in my eyes. Even if I hadn’t lost tonight and they said they wouldn’t have kept me, I probably would end up retiring because I’m not in this sport just to make up the numbers. It’s not about just competing at this level. It’s about getting performances and winning.”

According to Pickett, yes, he’s a bit older than many other UFC fighters, but he doesn’t feel like his best days are behind him. He just needed a win to prove that and create a jumping off point for the next chapter of his career.