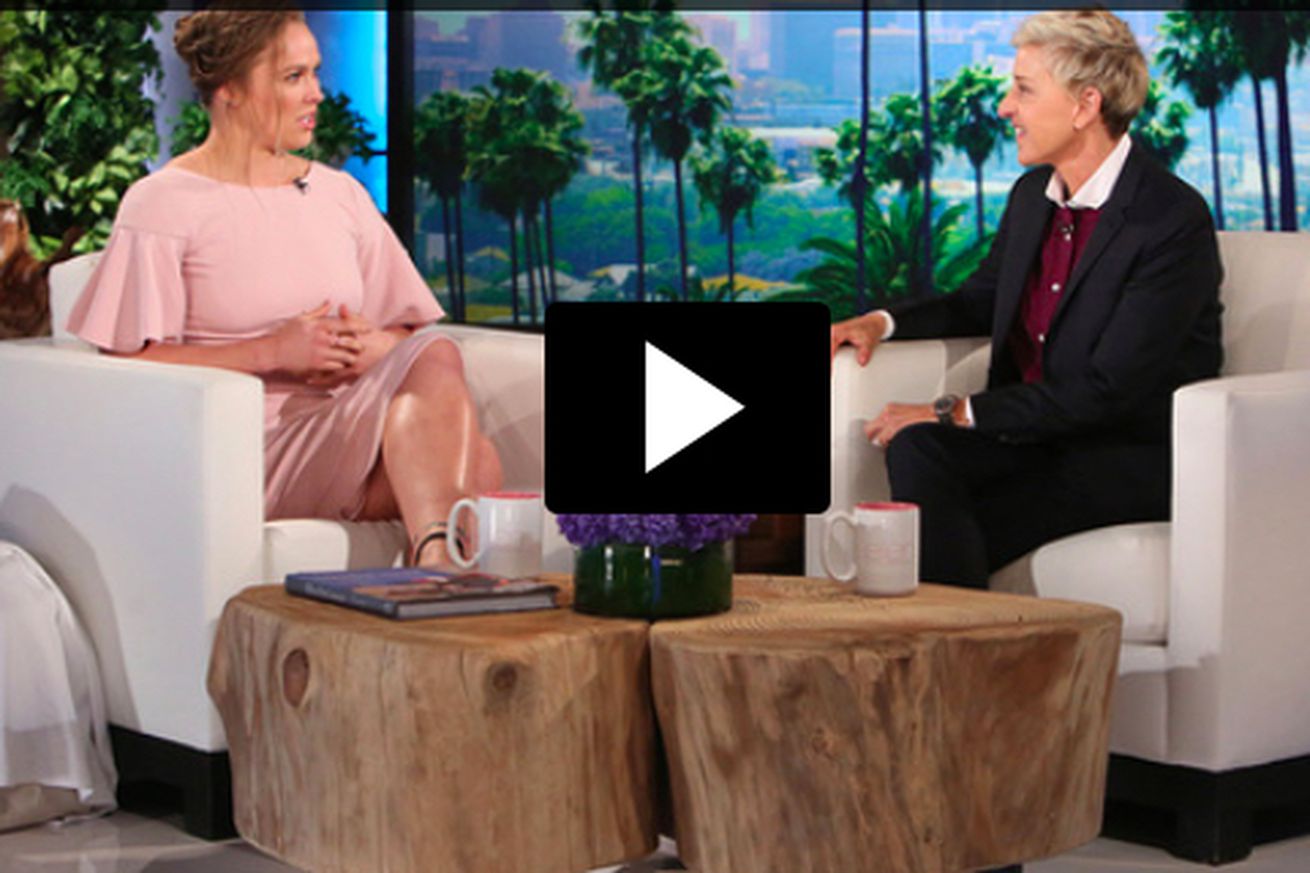 Former women’s Bantamweight champion, Ronda Rousey, emerged from self-imposed hibernation and returned to “Ellen” today to promote her upcoming title fight with current 135-pound champion, Amanda Nunes, at UFC 207, which takes place at T-Mobile Arena in Las Vegas, Nevada, on Dec. 30, 2016. And, just like her appearance after her crushing defeat to Holly Holm, Rousey had an eye-raising nugget to share.

“Not that long — I’m wrapping it up,” she revealed to show host Ellen Degeneres when asked about her future in a dangerous sport. “This is definitely one of my last fights. Everyone better watch because the show isn’t going to be around forever.”

Is it a flat-out retirement? Not at all. But, Rousey is the biggest star in the sport today. Her admission might come as a shock, particularly for company president Dana White, who “promised” that Rousey would eventually fight Cris Cyborg and that it would be the “biggest” UFC pay-per-view (PPV) of all time. That “super” fight, though, has always been a pipe dream. That’s because it would be much nicer (and less painful) to ride off into the sunset with a win — and a world title — rather than absorbing another potential beating.

Because those who fail to learn from history are doomed to repeat it. Nunes, though, will have something to say about all of that when fight night arrives.