Home MMA News Brock Lesnar after UFC 200 bout with Mark Hunt: ‘I guess I can take a shot’
ShareTweet 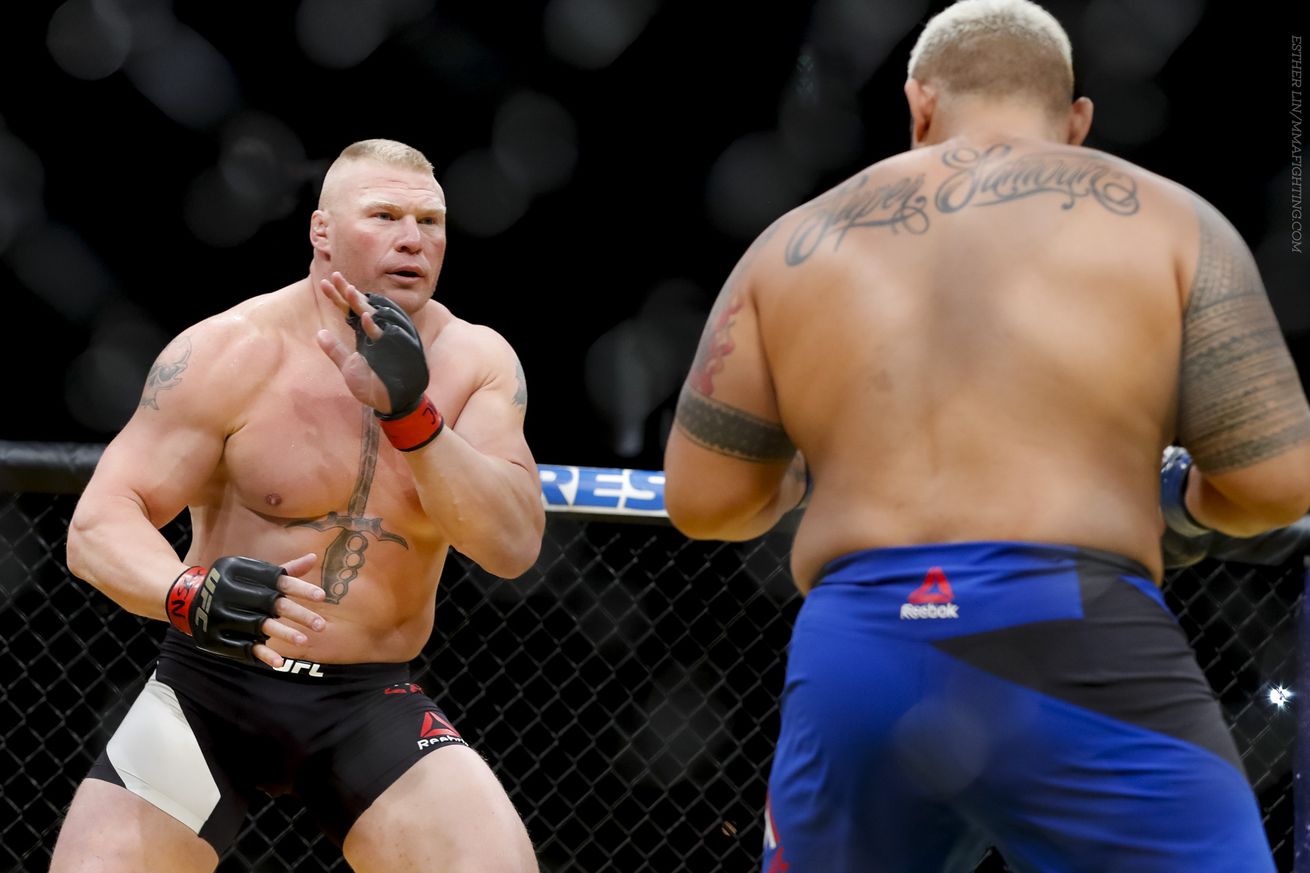 Brock Lesnar believes he silenced the critics with his UFC 200 performance against Mark Hunt.

Heading into the bout, many questioned if Lesnar — who was finished via strikes in his previous two UFC appearances — could stand up to the punching power of the former kickboxing champion Hunt. After three rounds of action, Lesnar believes he sufficiently provided an answer.

“I wasn’t rocked,” Lesnar said in a post-fight press conference in Las Vegas. “I don’t know if they were his best shots or not. I felt them. The mystery’s gone. I guess I can take a shot.”

Throughout the fight, Lesnar took Hunt to the ground, where he worked some heavy ground-and-pound, sealing the unanimous decision victory. While Lesnar emerged from the cage relatively unscathed, he was aware of the threat Hunt possessed.

To overcome Hunt’s power, Lesnar kept it simple: He stuck to his roots and relied on his preparation.

“I just stuck to the game plan,” Lesnar said. “I’ve been out of this game for five years, people, and for me to step back into the cage on really short notice and put a camp together — I couldn’t have done it without all the people that supported me. I stuck to the plan.

“I took some good shots. I took him down. It was the wrestler versus the power hitter. He never knocked the f**k out of me. And here I am. I’m happy.”