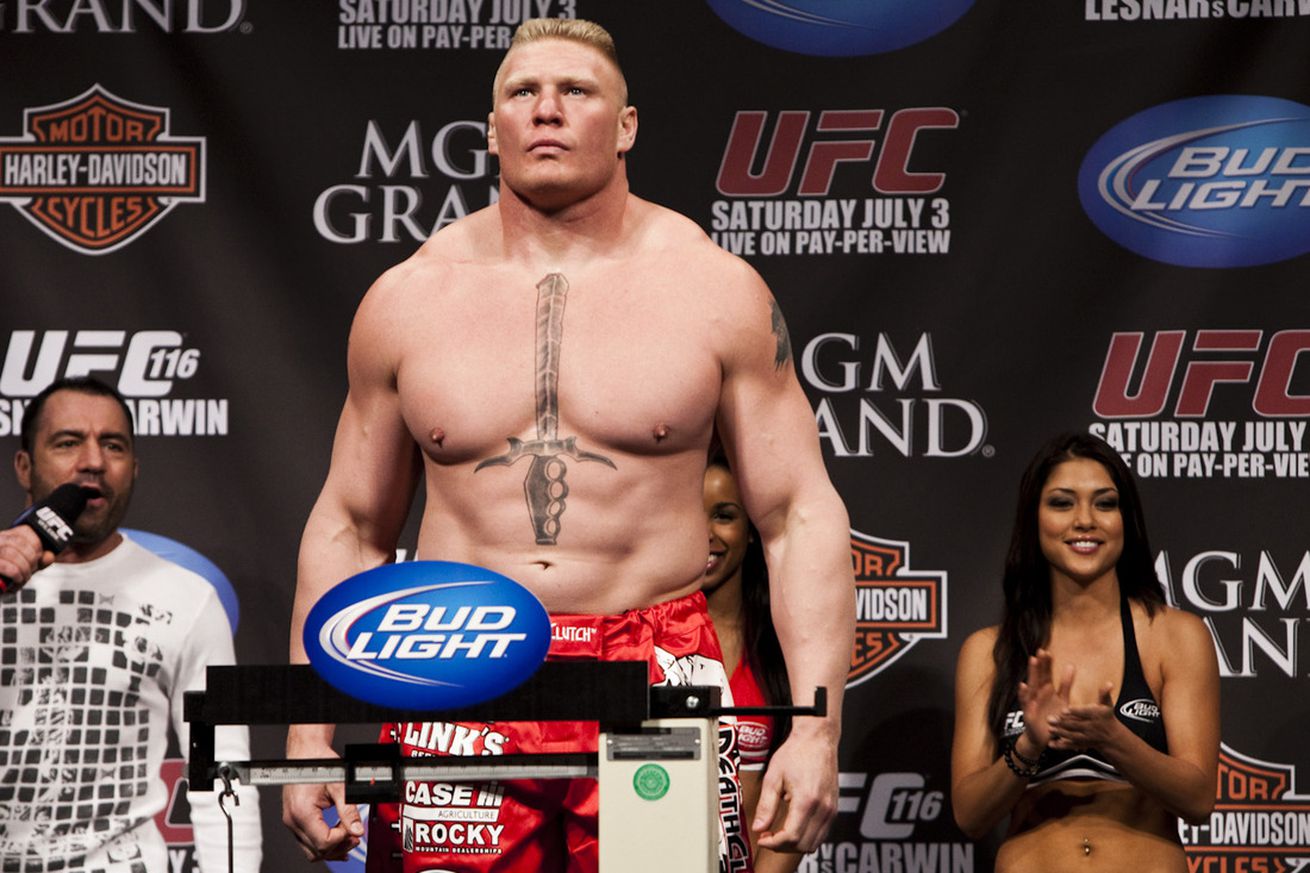 Even if Brock Lesnar’s UFC return is a one-off, he’ll still be subject to in- and out-of-competition drug testing, the UFC said Tuesday in a statement.

Lesnar’s name was entered by USADA into the UFC’s anti-doping policy testing pool Monday ahead of his fight at UFC 200, according to UFC senior vice president of public relations Dave Sholler. Lesnar did not officially sign his UFC and bout agreement until Friday, so he could not have started the anti-doping policy process any sooner, Sholler said.

“UFC, however, did notify Lesnar in the early stages of discussions that if he were to sign with the UFC, he would be subject to all of the anti-doping rules,” Sholler said in a statement. “Lesnar and his management have now been formally educated by USADA on the policy, procedures and expectations.”

UFC senior vice president of athlete health and performance Jeff Novitzky flew to Saskatchewan this weekend to meet with Lesnar to explain the policy, according to Sholler.

There is a provision in the UFC’s anti-doping policy that a retired athlete must give USADA four months notice to be entered back into the pool. But that provision can be waived by the UFC in “exceptional circumstances or where the strict application of that rule would be manifestly unfair to an athlete,” per Sholler.

“Given Lesnar last competed in UFC on December 30, 2011, long before the UFC Anti-Doping Policy went into effect, for purposes of the Anti-Doping Policy, he is being treated similarly to a new athlete coming into the organization,” Sholler said.

Lesnar, 38, will fight Mark Hunt in the co-main event of UFC 200 on July 9 in Las Vegas at the new T-Mobile Arena. He has not competed in the UFC since retiring following a loss to Alistair Overeem in 2011. Lesnar battled with ….View full article