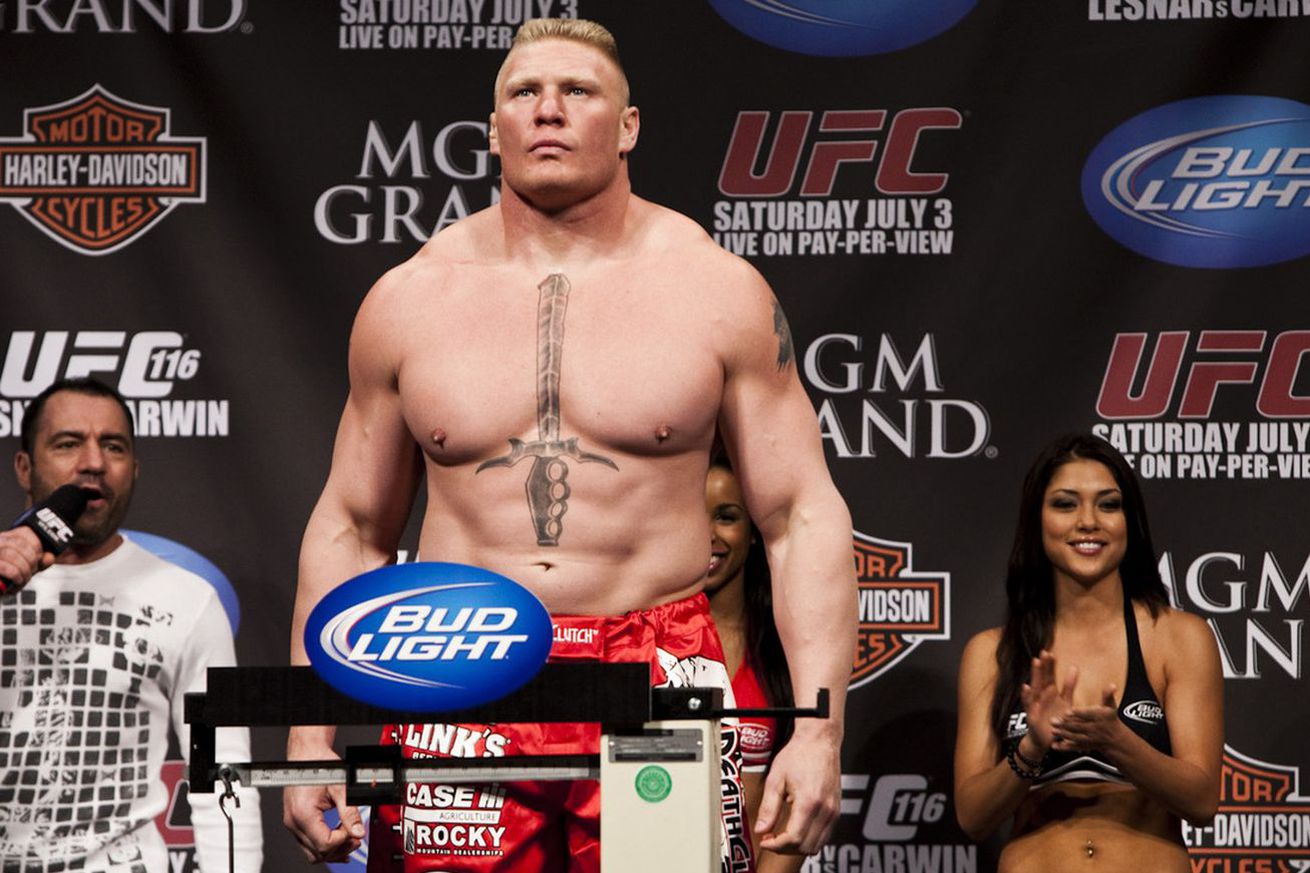 Brock Lesnar’s return to the Octagon caught everyone by surprise, even “The Beast Incarnate” himself, who says he was unsure his mixed martial arts (MMA) return would even see the light of day.

That’s because he still has to get WWE’s blessing, which they gladly granted.

For Brock, he expected his Octagon return to come at a later date since he has been out of action for over five years. As he put it, he was expecting to come back at UFC 205 for the promotion’s first event in New York.

“We had talked and maybe thought we could put something together by November for New York.”

Of course, once the rematch between Conor McGregor and Nate Diaz was nixed, UFC officials needed some more firepower for UFC 200.

And though he didn’t disclose full details about his pay for his bout against Mark Hunt, he is expected to get paid handsomely, especially for jumping in on short notice.

“Hell, I’ll fight whenever the money’s right, and we took it to the 11th hour, and that’s where we’re at,” Lesnar said. “It was short notice for me and for him, so we’ll see what happens on the 9th.”

Indeed, in just six more days we will find out if Brock has lost a step or two or if he’s actually improved over the years. Which is highly unlikely according to this Heavyweight.