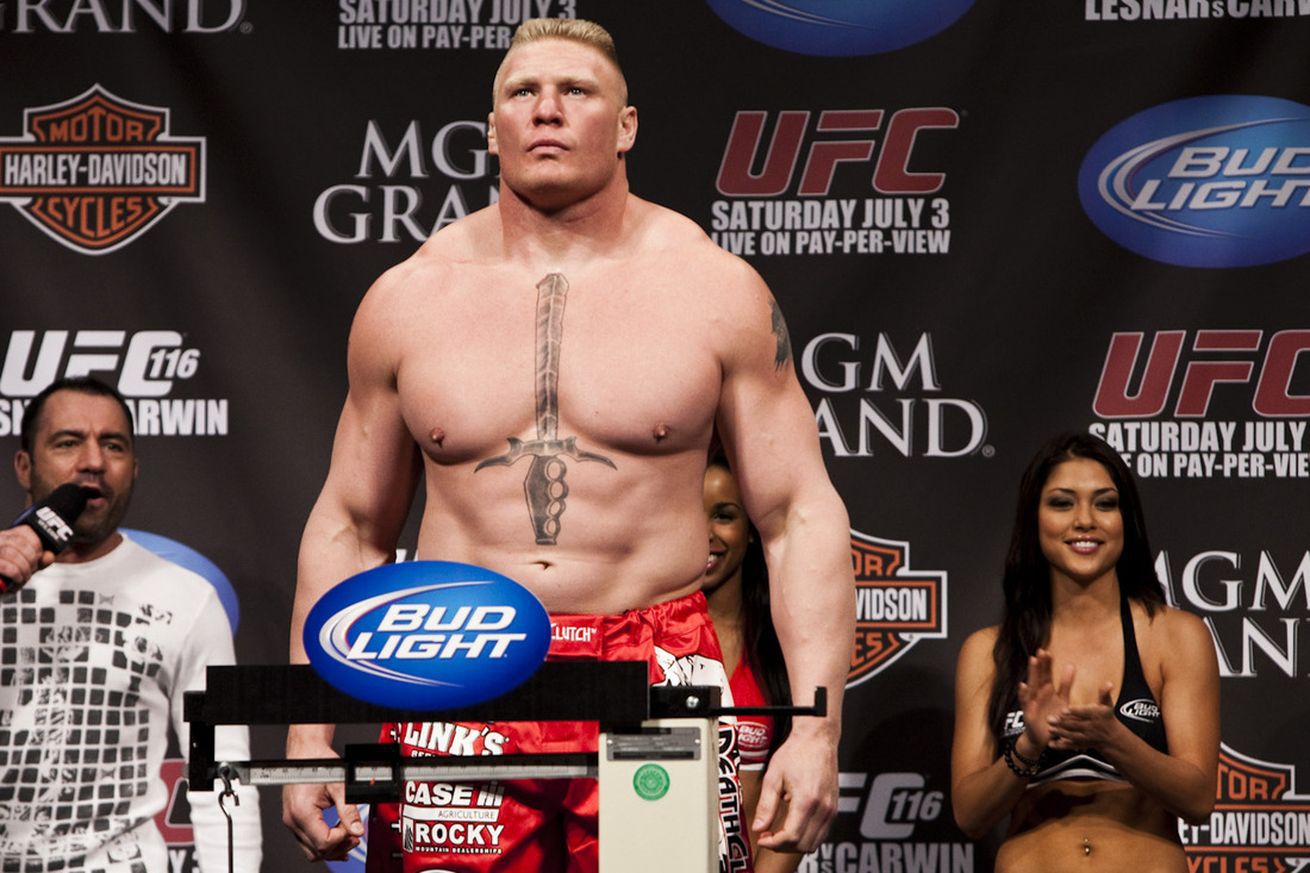 Brock Lesnar has put his health issues in the rear-view mirror and wants everyone to know that it will not be an issue when he makes his surprising return to the Octagon this weekend.

Indeed, a rejuvenated Lesnar looked to be having a grand old time during today’s (July 6, 2016) UFC 200 press conference (video replay here), laughing it up while answering all the goofy, repetitive questions thrown his way as sarcastically as possible. Even long-time MMA journalist Kevin Iole couldn’t escape Lesnar’s sardonic tongue when asked when he started to actually feel better.

And judging by his response (via FOX Sports), it seems the only thing scarier than running into Lesnar in a dark alley is asking him the same question over and over again.

“I think it was Day 49 after I left. Like, I can’t remember the exact hour! I feel fucking awesome. Why does it matter? I’m here.”

Greg Popovich would be proud.

Lesnar was forced to retire from mixed martial arts (MMA) in 2011 because of his ongoing battle with diverticulitis. But, with all of that in check now, “Beast Incarnate” will look to prove he’s still as game as ever when he faces Mark Hunt in the co-main event of UFC 200, which is set to blow the roof off T-Mobile Arena in Las Vegas, Nevada, this Saturday night (July 9, 2016).