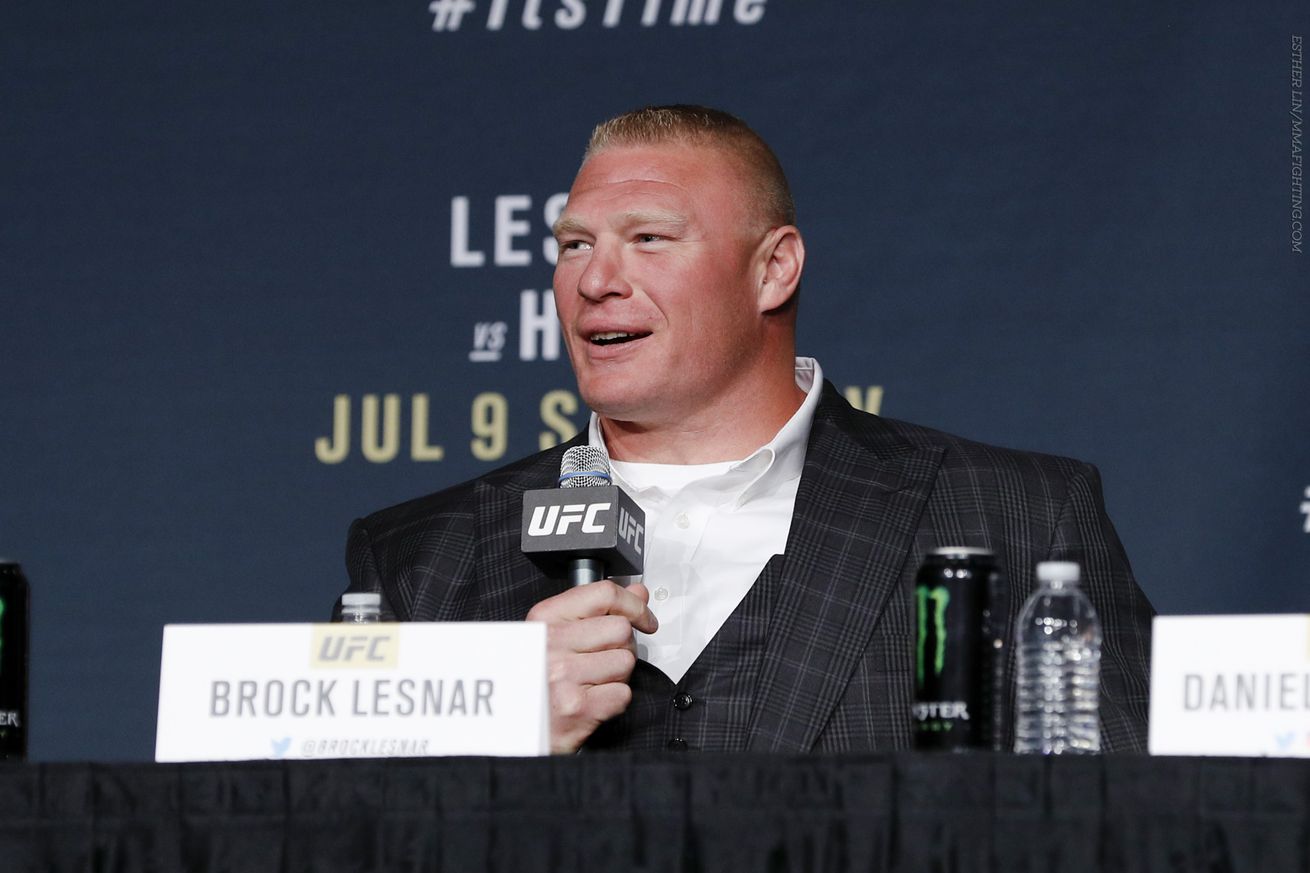 LAS VEGAS — This might not just be a special appearance for Brock Lesnar. The former UFC heavyweight champion might be embarking on somewhat of a legitimate comeback.

At the UFC 200 pre-fight press conference Wednesday, Lesnar would not close the door on a fighting future after this bout against Mark Hunt on Saturday here at MGM Grand Garden Arena.

Lesnar, 38, is still a member of the WWE roster and will perform next month at the SummerSlam pay-per-view event. After that? Lesnar wouldn’t take anything off the table.

“We’ll get through Saturday and we’ll see what happens,” Lesnar said. “I have no idea. … After Saturday, I think I’m booked for August. I don’t know.”

Lesnar (5-3) would not go into any details about his talks with WWE. A reporter asked him about his dialogue with WWE chairman Vince McMahon and Lesnar mostly dodged the question.

What happens Saturday will probably go a long way into deciding whether or not Lesnar fights in the Octagon past UFC 200. Hunt remains one of the best heavyweights in the world at 42 years old and has heavy hands. Lesnar’s biggest weakness is striking, but he did say he has worked with coaches like Greg Nelson and former UFC fighter Pat Barry in the nearly five years since he’s been away from MMA.

“When I left the sport, I love the sport, so it’s just been a part of me,” Lesnar said. “I never really left. … It wasn’t like I just called all these people up. I worked with them ever since I left the Octagon.”

Lesnar has not fought in the UFC since a 2011 loss to Alistair Overeem. In the fight before ….View full article