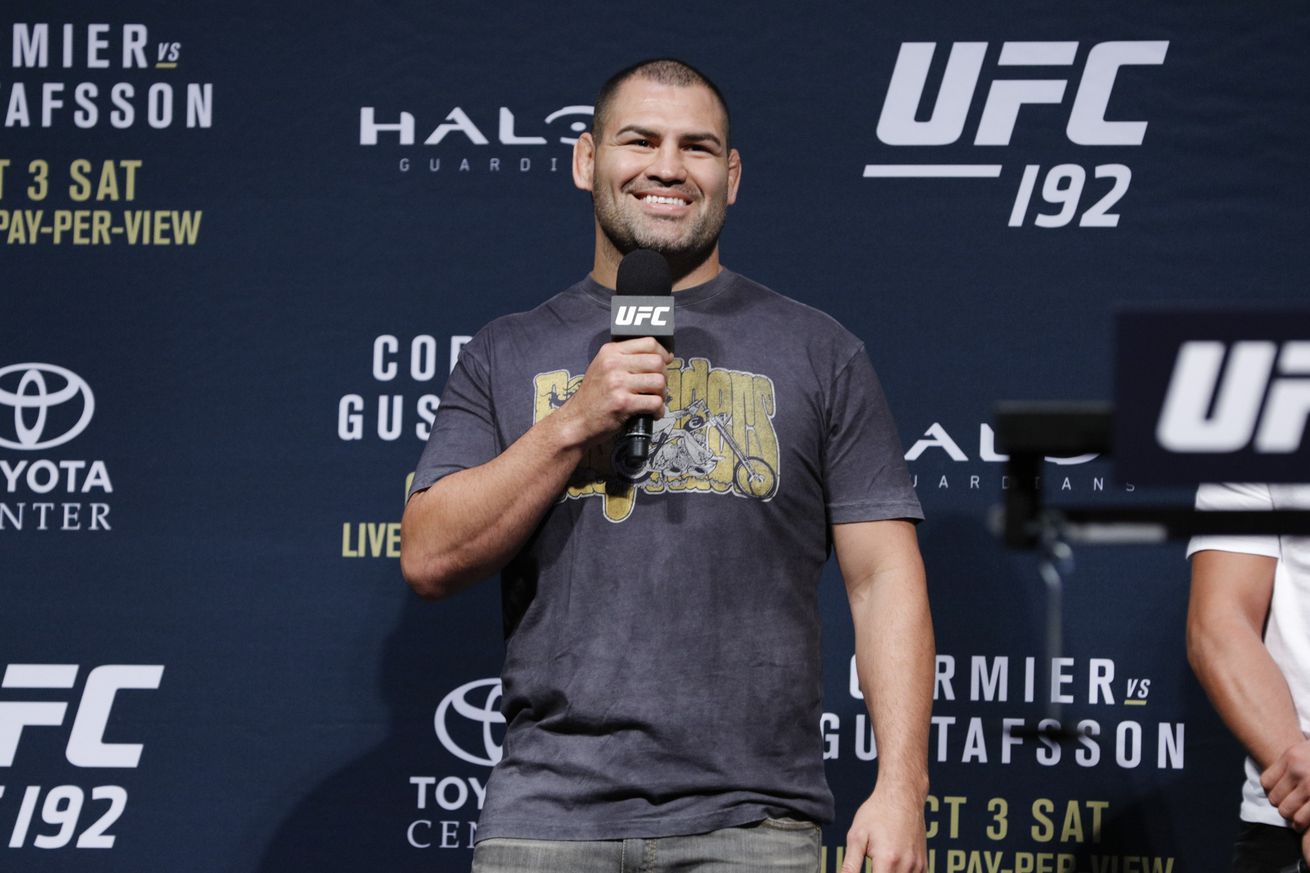 It seemed Cain Velasquez was only trying to make a point about why he’s willing to become a public face of the new Mixed Martial Arts Fighters Association.

But in doing so, the two-time former UFC heavyweight champion may have just signaled that the UFC will have to change up its plans for the top of the heavyweight division in 2017.

On a Wednesday conference call, Velasquez listed his litany of surgeries over the course of his distinguished career as a reason why such an association needs to come to the forefront.

In doing so, he revealed that he already has his next surgery lined up following his UFC 207 bout with fellow former champ Fabricio Werdum.

And that is likely a significant bit of info, given that the Velasquez-Werdum rematch is expected to be the title eliminator to determine the next shot at current champion Stipe Miocic.

“I wanted to talk about something that I know far too well,” Velasquez said. “My first fight in the UFC was in 2008. Since that time, I’ve had seven surgeries. Two mensicus surgeries, one MCL surgery on my right knee, taking cartilage out of my left elbow, both shoulder I’ve had torn labrums that needed repairing, and back surgery. I have a fight Dec. 30. After that fight, I’m already scheduled for my next surgery.”

Velasquez did not reveal the nature of his surgery. But whether it’s major or minor, Miocic has not fought since September, and will likely be ready to go again soon, so a delay of any considerable length of time, should Velasquez beat Werdum, would likely send the UFC back to the drawing board.

The former champ maintains that this isn’t about him. Rather, he’s using his experience to illustrate why there needs to be improved health benefits for all mixed martial artists.

“It’s not just for me, it’s for other UFC fighters who are going through the same thing and have gone through the same thing,” Velasquez said. “For us, in the future, there is no post-retirement health plan. That’s why I think it’s important for what we’re doing now, us fighters coming together and having the rest of the UFC roster come together to make our lives better now and in the future.”